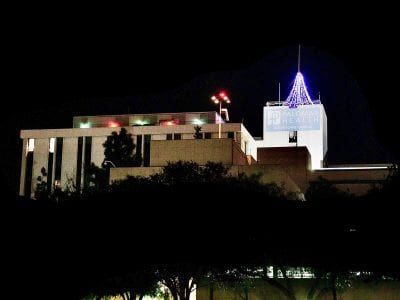 This is the last year the public will see the iconic Christmas tree that has shone above the old Palomar Hospital for decades. Many adults in middle age can recall seeing this tree heralding the season high above the city every year. Palomar Health is scheduled to vacate the building before the end of the year. The building will eventually […]

The signs of Christmas are here and yes Virginia, there is a Santa Claus. His representative is proudly standing at attention on the corner of Juniper and Valley. After an absence of ten years the Joor Muffler Man is bedecked in that very recognizable Santa Suit thanks to the efforts of the Manning and Guillen families owners of Joor Muffler […] 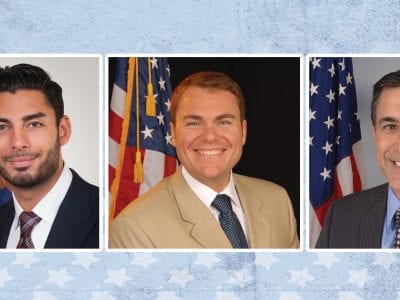 The three top polling candidates in the 50th Congressional District, now that Duncan Hunter Jr. has dropped out of the race, have announced  they will take part in the candidate forum that has been organized for February 7, 2020 at the Maxine Theater in Valley Center. Hours are 7PM to 9PM (doors open at 6pm).  Those candidates are Ammar Campa-Najjar, […] 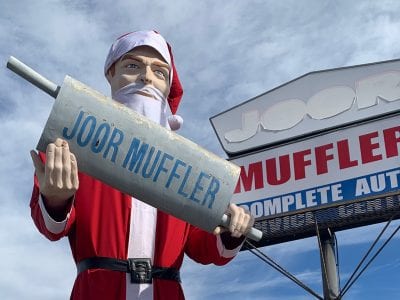 The Santa at Joor Muffler has returned after a ten year hiatus. The beloved iconic city landmark dressed as St. Nick is a sure sign that the holidays are here. 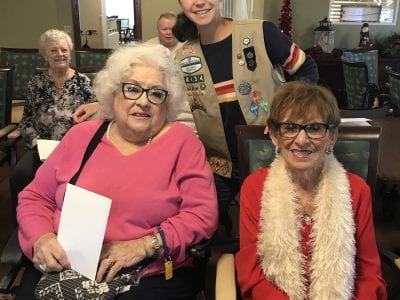 Olivia Anderson, a 16-year-old attending Escondido High School is finishing her Girl Scout Gold Award. She partnered with two different senior citizen facilities to address the issue of senior citizen loneliness and their lack of feeling valued in our community.  She told The Times-Advocate, “For each facility, I interviewed twenty residents (40 in total) and asked them numerous questions about […] 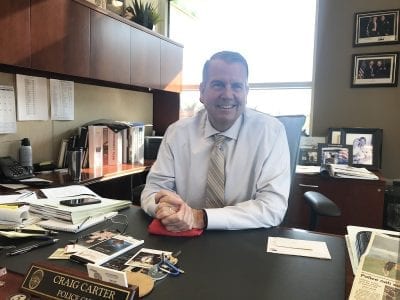 On Thursday, December 19, the first ever “walkout” ceremony for a retiring Escondido police chief will be held for Craig Carter as his 29 years of service is acknowledged with a final message    on police radio to all city police officers in the field. It is a traditional sendoff to retiring police officers and a special acknowledgement by his […] 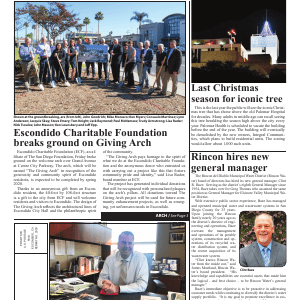 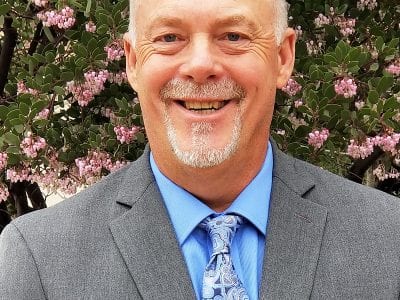 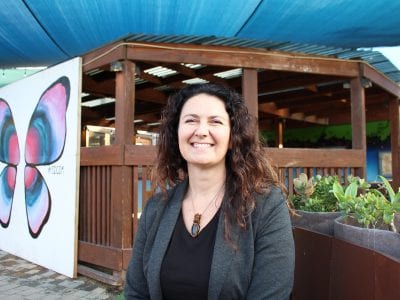 Because the earliest years of discovery are the most important for the developing child there is the San Diego Children’s Discovery Museum. The museum, now entering its 20th year, has grown enormously from its early days on Grand Avenue to its current location on Broadway across the street from Grape Day Park. Wendy Taylor, who has been at the museum […]

Naturalist Sally Sanderson will lead an easy-paced bird walk from 8:30 a.m. until 11 a.m. at Lake Wohlford.  The route will be about 3 miles, and will follow the southern and eastern shoreline from the parking lot on Oakvale Road. Organizers hope to see a Bald Eagle perching on its favorite tree or hunting in the lake for fish. Common […]