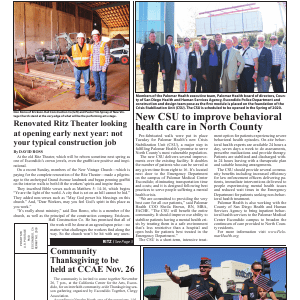 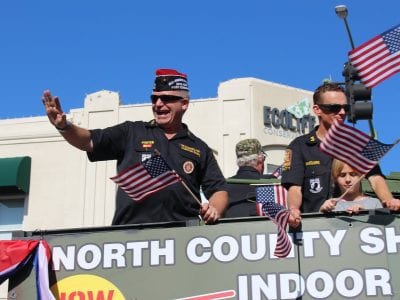 Nina Deerfield, one of the co-chairmen of Monday’s Esco Vet Fest and the first annual Veterans Day parade told The Times-Advocate after the event: “My goodness, I’m thrilled and surprised and happy!” The parade, which someone counted as taking 4,000 steps from beginning to end, brought out about 1,000 people to the sidewalks lining Grand Avenue. Among the units were […] 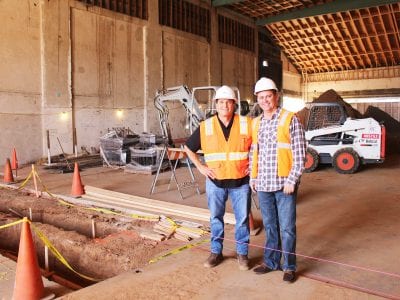 At the old Ritz Theater, which will be reborn sometime next spring as one of Escondido’s crown jewels, even the graffiti are positive and inspirational. On a recent Sunday, members of the New Vintage Church—which is paying for the complete renovation of the Ritz Theater—made a pilgrimage to the archetypal Grand Avenue landmark and began penning graffiti on the interior […]

About a week ago, while at the gym a woman approached me and mentioned how she enjoyed my columns—especially recent memory lane, since 1973, comments. Then I waited for the “but.” Aaaand here it comes. “But you forgot Laura’s and the Carousel downtown.” We then spent a few minutes discussing other departed businesses. How could I have omitted Laura Scardino’s […]

What’s up with daylight saving time?

Last November, 60% of California voters passed Proposition 7, aimed at eliminating the bi-annual tradition of moving clocks back in the fall and forward in the spring.  Daylight saving time was first imposed as a temporary energy saving measure during World War I, and was re-instated during World War II.  After World War II ended, states were allowed to decide […]

The “Wonders Of Christmas & Fashions Of Splendor” will be the theme for the Wrote Ministries Pre Christmas Tea, Saturday, November 30, 2-4:30 p.m. at Lawrence Welk Resort in Escondido,  At the event, Chef Daniel will introduce his special tea foods and desserts.  The “greens” view will overlook the Welk golf course as the program spotlights “Fashions Of Splendor”, enhanced […]

Your Harvest Is Coming!

“While the earth remains, seedtime and harvest, cold and heat, winter and summer, and day and night shall not cease.” (Genesis 8:22, NKJV).   God has established certain laws in creation which should not only bring us great comfort but should be considered a personal witness of God’s faithfulness.  I’m sure you would agree the law of gravity is […]

Shortly after sunrise on Saturday, November 16, volunteers of all ages will don leather gloves and work boots and pack up their rakes, pitchforks and paintbrushes while heading towards Kit Carson Park in Escondido.  The annual Serve Day, led by the Church at Rancho Bernardo (CRB), provides an opportunity to give back to the community and includes beautification projects not […]

Do the following three things in postseason prep football and a victory is all but assured: get off to a fast start, win the turnover battle and have your marquee athletes rise to the occasion by making big plays. Friday night at Wilson Stadium, the host Escondido Cougars adhered to that formula with exacting precision and as a result, coach […] 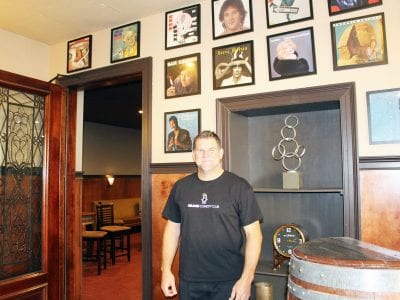 The first comedy club in North County, the Grand Comedy Club, is set to open this weekend at 340 E. Grand Ave., formerly the old Il Forno pizza restaurant. Oh yes, they also serve pizza. And the following weekend, if the fates (and  bureaucrats) smile, they may also serve beer and wine along with the laughs.  “We are waiting for […]