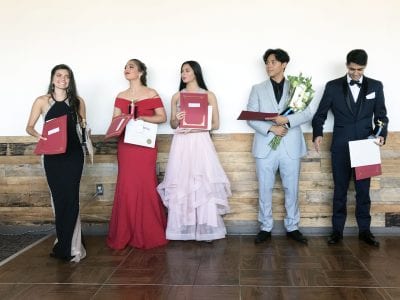 The WROTE Ministries & Networking With Purpose scholarship awards competition was held June 30 at Vintana Restaurant. Five local students competed for the scholarships, which ranged from $500 to $3,000 (the latter amount  was awarded to two students who gained the highest score individually) which was achieved by Cecilia Shattuck and Keegan  Bushouer.   The nonprofit group and attendees were […] 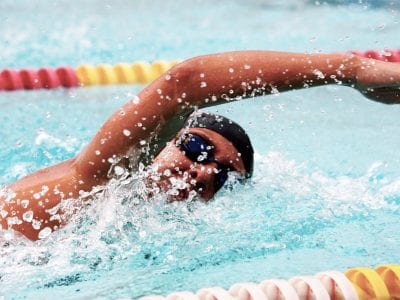 Classical’s Breda excelled both on land and in the water

As a sportswriter, every so often and strictly by serendipity you might just walk into a story. In other words, one virtually falls into your lap. Consider what follows to be an example of that sort of happenstance or coincidence. As circumstances would have it, I was recently knocking about Valley Center doing some research on a sports camp that […] 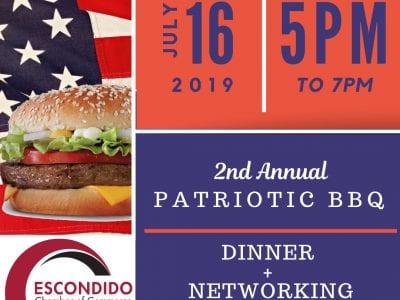 Nothing says summer like the smells of a good ol’ fashioned barbecue, and that’s exactly what will be happening at the Chamber of Commerce office next week. On Tuesday, July 16 the Escondido Chamber of Commerce will host its 2nd Annual Patriotic BBQ … and you’re invited to attend.  Taking place at their facility at 720 N. Broadway from 5 […] 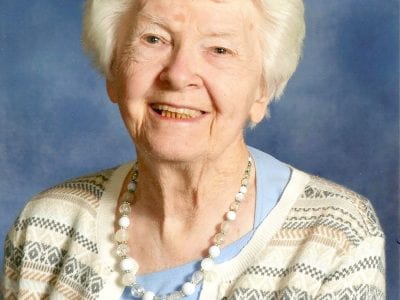 December 25, 1926 – June 30, 2019 Eileen Joyce Visser was born December 25, 1926 to Arnold & Elizabeth Kravig in Chandler, Minnesota.  She was raised in this small town of 270 people.  During Eileen’s senior year of high school her father moved the family to Southern California.  Eileen finished her senior year of high school at Valley Christian High […] 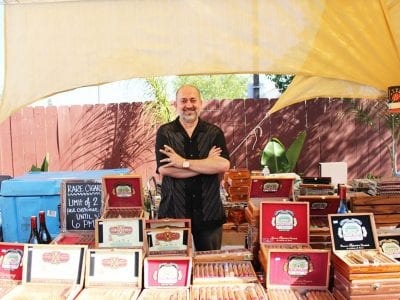 Lord Puffer Tobacconist in Escondido will celebrate its second anniversary with “Fuente Fever 2019” August 17, from noon to close.  The first “Fuente Fever” last year raised $60,000 for underprivileged children in the Dominican Republic, while providing a venue for several hundred cigar lovers to dine, smoke and network. All in a good cause: the Cigar Family Charitable Foundation (www.cf-cf.org,) […] 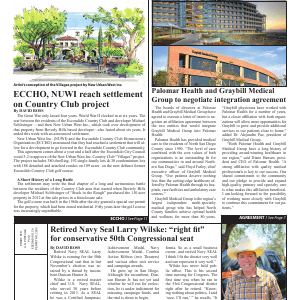 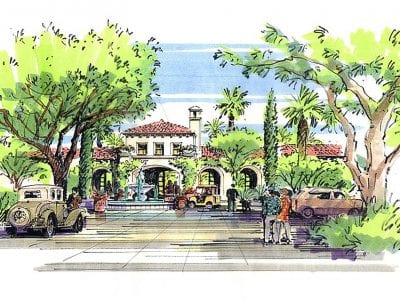 The Great War only lasted four years. World War II clocked in at six years. The war between the residents of the Escondido Country Club and developer Michael Schlesinger —and then New Urban West Inc., which took over development of that property from Beverly Hills based developer—also lasted about six years. It ended this week with an announced settlement. New […] 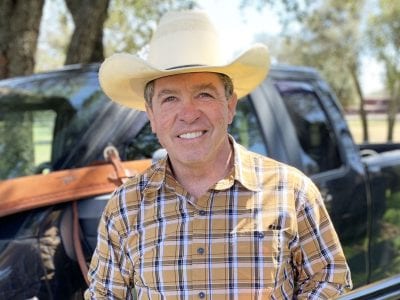 Retired Navy SEAL Larry Wilske is running for the 50th Congressional seat that in last November’s election was retained by a thread by incumbent Duncan Hunter Jr.  Wilske is a retired master chief and U.S.  Navy SEAL, who served 30 years before retiring in 2013. As a SEAL he was a Certified Jumpmaster, Diving Supervisor, and ultimately a Command Master […] 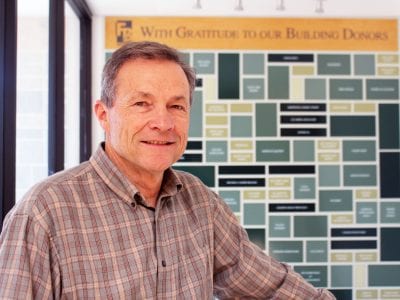 The San Diego County Farm Bureau’s longtime executive director Eric Larson will be retiring later this month after leading the Bureau for 23 years. He told the newspaper, “I decided 70 was a good age to exit. I will be working through the end of September. My replacement will begin July 22 giving us a good transition.” His replacement is […]

More than 21,000 electric vehicle (EV) drivers in San Diego and southern Orange counties are receiving a $850 credit on their San Diego Gas & Electric (SDG&E) bill, as a reward for adopting clean transportation to help reduce air pollution and greenhouse gas emissions. The number of EV drivers in the region has grown by 15,000 since 2017, and the […]