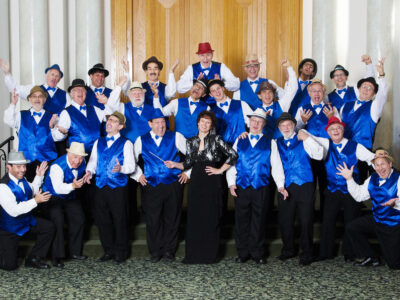 Escondido Choral Arts presents “A Joyous Celebration: A Concert of Christmas and Hanukkah Music.” The Center Chorale, a vocal ensemble of North County conducted by Justin Gray, combines with musicians of the community to present a concert of joyous music of the season. The concert is Sunday, December 5 at 3 p.m. at Trinity Episcopal Church, 845 Chestnut St. in […]

“Carols by Candlelight” will return to the California Center for the Arts, Escondido December 10 and 11 after a two-year hiatus.  The two nights of Christmas music will be at 8 p.m. both nights at the 1,500-seat concert hall. Right now there are still plenty of tickets in good locations still left, according founder and organizer Steve Vaus. “Carols by […] 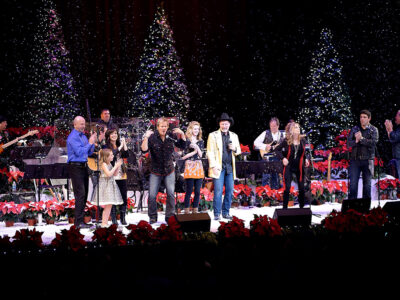 Carols by Candlelight to return to the Center December 10 & 11

Steve Vaus, founder of Carols by Candlelight, declared this week, “Last year just didn’t feel like Christmas without it.” This year, fans of this deeply moving holiday fundraiser at the California Center for the Arts, Escondido, will be able to experience it again. The two nights of Christmas music will be on December 10 and 11, 8 p.m. both nights […]

The HeART Beat of Escondido Artwork on concrete barriers downtown has earned the City of Escondido the prestigious Helen Putnam Award for Excellence for Economic Development through the Arts.   This honor is given for outstanding achievements by the League of California Cities. A representative of the League will present the award at an October council meeting, the exact date […]