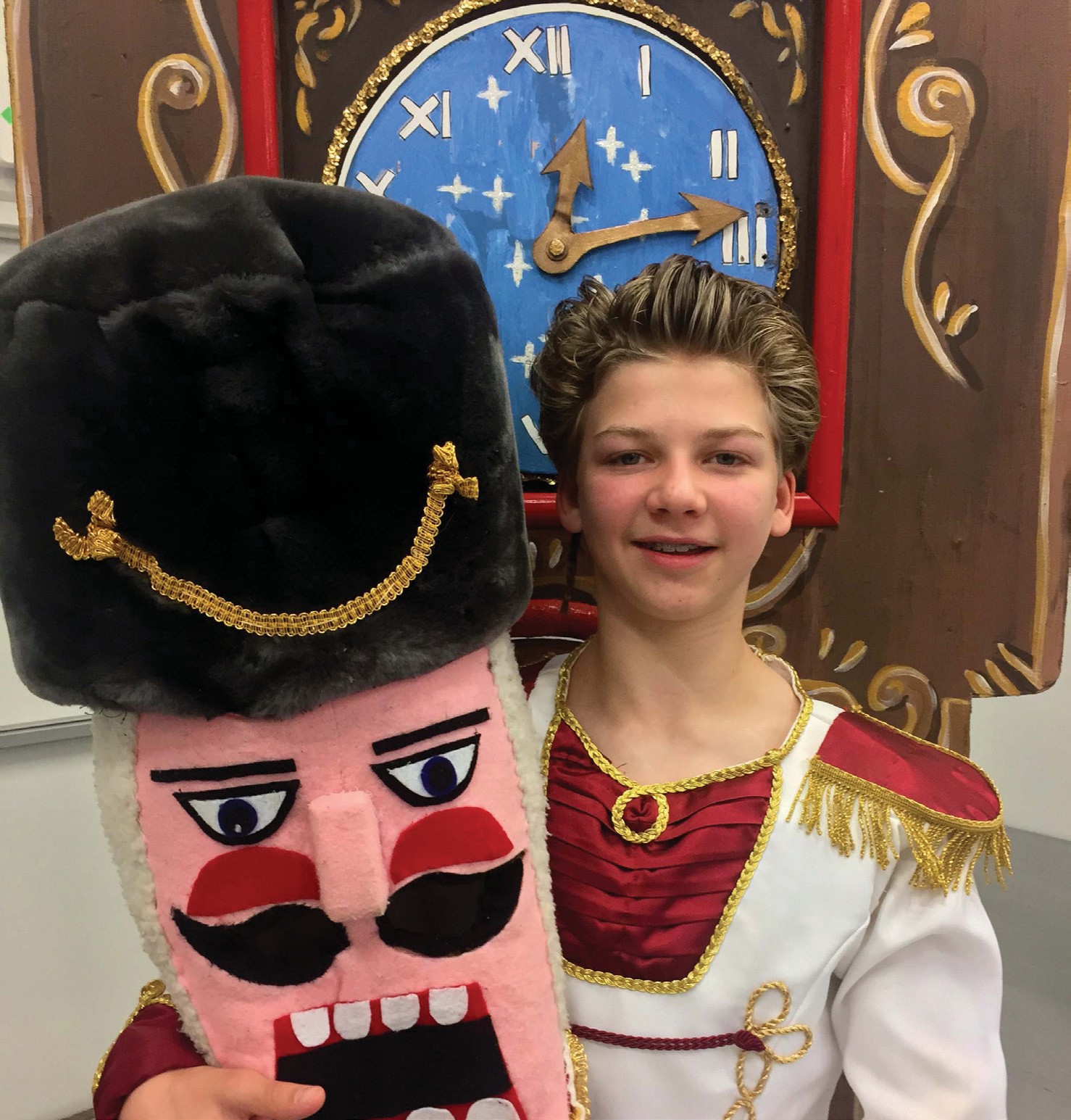 “I really liked performing in shows,” Ronan said, “but it wasn’t until I was 11 that I became serious about ballet. That was when I decided it was my sport.”

After moving to Valley Center, Ronan began studying under Directors Cassandra Lund and Pablo Infante at North County Academy of Dance in Bonsall. At 13, Ronan now spends more than 18 hours per week in classes and rehearsals. “It’s a lot of time, but it’s worth it,” he said.

Pyotr Ilyich Tchaikovsky’s The Nut­cracker, a holiday tradition for many families, tells the story of a girl named Clara who is given a magical nutcracker for Christmas. The nutcracker comes to life, battles a giant rat king, is trans­formed into a prince, and journeys with Clara first to the Land of Snow, and then to the Land of Sweets.

“It’s a huge honor to be cast as the Nut­cracker Prince,” Ronan said. “It’s a really big role for someone my age.”

When not studying ballet, Ronan at­tends Pamoosa Creek Academy, a private, independent-study school, and serves as an altar boy at St. Margaret Catholic Church in Oceanside.