Young gardeners find their groove at the fair 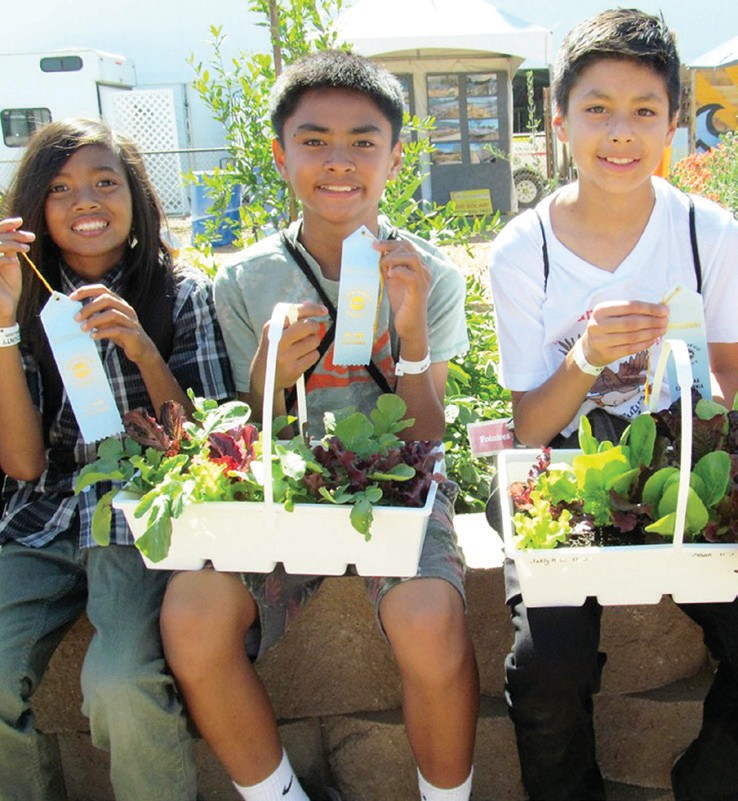 Young lettuce growers and their rib­bons from the fair.

Thirty minutes before the San Di­ego County Fair opened at 10 a.m. on June 17, hundreds of elementa­ry school students descended from buses, accompanied by teachers and parents. Laden with lovingly tended lettuces, radishes, beets and other edibles grown from seed, they entered the Fairgrounds through a special gate and marched merrily to the infield where enthusiastic judges awaited.

Not every entry captured a coveted first-place, but each child happily received a ribbon for participating in the Fair’s Plant*Grow*Eat pro­gram that teaches children about the connection between agriculture and nutrition. After planting their tiny seeds, watering and weeding their plants, plucking out pesky bugs and watching their garden grow, even kindergarteners now understand where their food comes from.

After the judging, the exuberant young growers got to taste the fruits (and veggies) of their labors. Then, they were off to explore the Fair’s agriculture areas and to see and touch farm animals as they enjoyed a glimpse of the ocean; 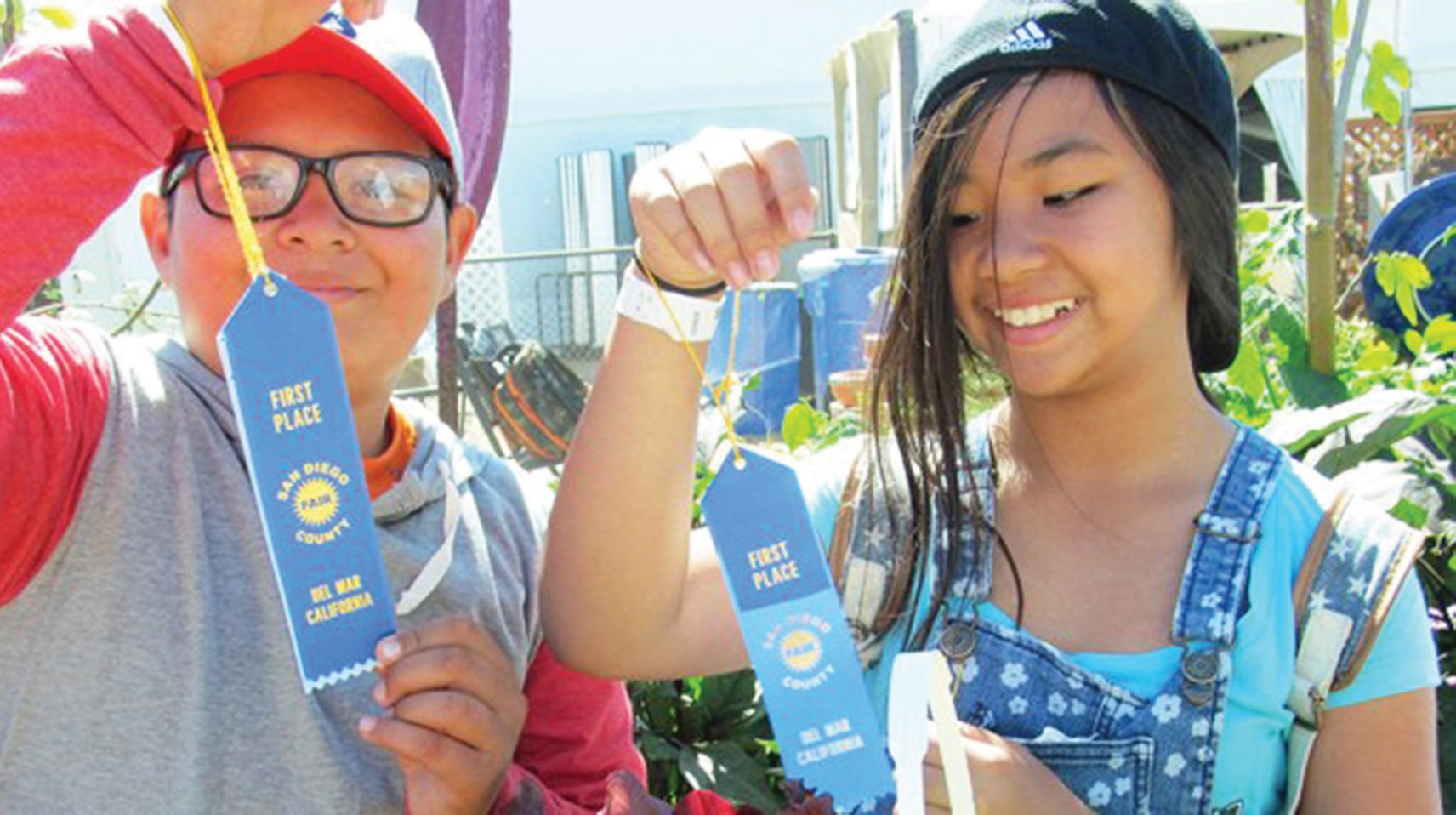 Arturo and Emily with their first place ribbons.

for some, their very first.

The Don Diego Scholarship Foun­dation, thanks to the generosity of donors, sponsored 73 buses that enabled students from low-income schools to participate in the 2016 Plant*Grow*Eat program. The ex­perience was enjoyed equally by the children, their teachers and parents, judges and the bus sponsors who greeted the kids and accompanied them to the judging area.

On this day, several bus-loads of students were from Nye Elementary. Taraysa and Tre Morrow, parents of 10-year-old Tremier, related, “Our son became so excited at this first growing experience that he and his grandmother are now planting a gar­den with onions, tomatoes and other crops.” Activity Leader Jade Lung­mire said, “This is the first time Nye participated, and we want to make it a school tradition. The children educate each other on growing your own food. They’re educating us adults, too.”

Judge Hortensia Trejo confided, “I’ve been a judge since the pro­gram began. Today’s task was par­ticularly challenging. Almost every

plant I examined was marvelous. A few of the radishes were as big as a tomato! I make sure to say some­thing encouraging to every young gardener. Being around their smil­ing faces makes my day.”

Asked to reveal the secret of their first-place lettuce medley, Arturo and Emily smiled and said, “Extra water. When our plants looked dry, we gave them a little more.”

If you’d like to “give a little more” to a program that celebrates the rich agricultural history of our region and keeps it flourishing for future generations, please visit www.dondiegoscholarship.org. Plant*Grow*Eat donations are wel­comed year-round.

The Don Diego Scholarship Foun­dation was named for Don Diego, AKA Tom Hernandez, who served as the Fair’s welcoming goodwill ambassador from 1947-1984.

Since its inception in 1986, the Foundation has awarded approxi­mately $797,000 in scholarships to 177 students and in agriculture edu­cation grants. Information on Don Diego’s history and the Foundation’s current programs and donation op­portunities is at www.dondiegos­cholarship.org and www.facebook.com/DonDiegoScholarship.