X-Men spinoff DEADPOOL is a Y not? 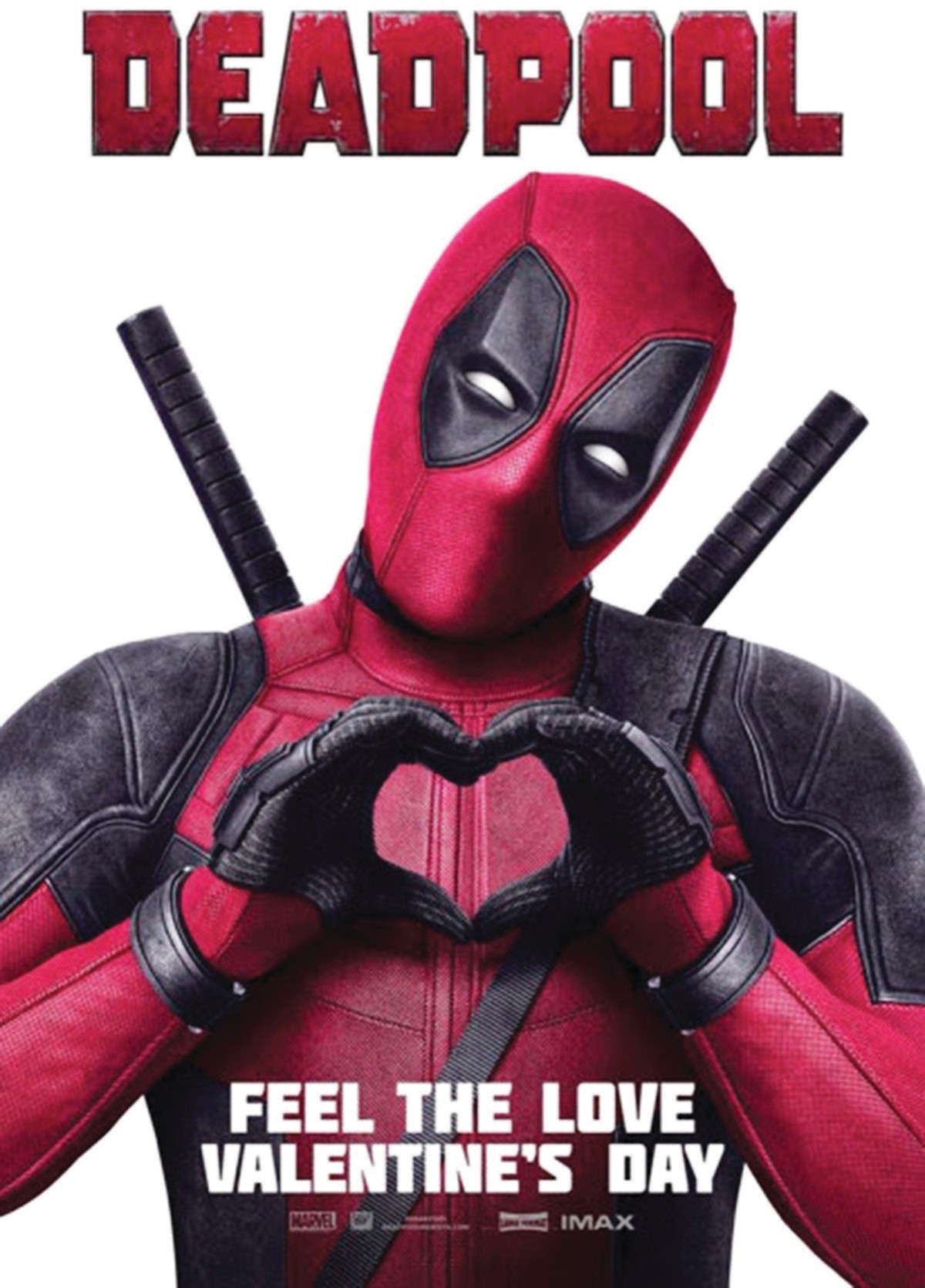 Viewers were first introduced to Wade Wilson aka Deadpool (Ryan Reynolds) back in 2009 with “X-Men Origins: Wol­verine.” The movie was a critical flop and fans didn’t like its take on the Dead­pool character. A spinoff movie seemed unlikely, especially once Reynolds jumped franchises to “Green Lantern” in 2011. Then “Green Lantern” opened and a standalone “Deadpool” movie seemed like a better career move. “Deadpool” opened to $135 million this past week­end, so the risky revisiting has paid off.

Wade starts off as a “mercenary” who does dirty jobs for chump change. He leads such a miserable life that he and his friends pass the time trying to win a “dead pool,” a drawn-out bet over who will be the first to die. Things pick up when he meets Vanessa (Morena Baccarin), who makes him happy for once. The happi­ness turns back to misery when he finds out he has late-stage cancer. Against his better judgement, Wade undergoes a dic­ey treatment from the shadowy Francis (Ed Skrein), who knows how to unlock mutant powers that might be able to heal him. As he undergoes a brutal series of treatments, Wade learns that Francis has nefarious plans for him once he’s trans­formed.

Wade finally gains mutant powers that include regeneration, but at a price: his face is permanently disfigured. He burns down the mutant-transformation clinic so Francis can’t continue his work, dons a superhero persona, and sets out to track down Francis. He wants to kill him, but he also needs him to fix his face so he can rekindle his relationship with Vanes­sa, who will never love him with his face the way it is. Oh, and although “X-Men Origins: Wolverine” has been all but for­gotten, this movie still takes place in the “X-Men” universe. So the good news is that there are X-Men around to help or hinder his mission. The bad news is that we only get third-tier X-Men Colossus (Stefan Kapicic) and Negasonic Teenage Warhead (Brianna Hildebrand). Still, X- Men!

The most prominent feature of this movie is its humor. From the goofy opening titles to a post-credit scene that pays homage to one of the most famous post-credit scenes of all time, this mov­ie is stuffed with jokes. Entertainment Weekly recently ran an article called “10 ‘Deadpool’ Jokes That Didn’t Make the Movie.” I’m thinking, “There were ten jokes that didn’t make this movie?”

Most of the jokes are extremely crude, much more than one would expect from a movie spun off from a relatively family- friendly franchise like “X-Men.” Wade has quite the foul mouth, even though the Deadpool mask has no mouth. And don’t get me wrong, I’m not saying ev­ery superhero franchise could be im­proved just by adding vulgarity. But the vulgarity here is so well-written, creative (I cracked up at Wade and Vanessa’s cel­ebration of International Women’s Day), and expertly delivered by Reynolds that anything less would make the movie feel like it’s being deprived of its natural tone.

“Deadpool” is at its best when it’s aiming to do nothing more than make its audience laugh. It’s at its worst when it’s trying to be a straight superhero movie (which it does minimally) or when Wade is whining about his appearance, which gets old fast. There are some ef­fective tender moments between Wade and Vanessa, so I can’t say the movie only works when Wade is making wise­cracks, but the wisecracks are what people are going to take away from this movie. The raunchy humor isn’t going to be for everybody. If you’re not sure that you can handle this movie, watch one of the many red-band trailers avail­able online and go by your reaction to that. If you’re appalled, stay away. But if you’re like me and you can embrace that type of humor, then see this movie and laugh yourself silly.

“Deadpool” is rated R for strong vio­lence and language throughout, sexual content and graphic nudity. Its running time is 108 minutes.