Write in candidate objects to being excluded from tomorrow’s forum 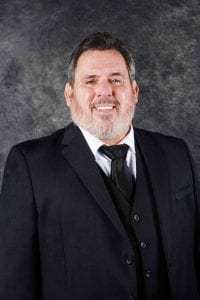 Write-in mayor candidate Randy Eldred, who recently qualified to have votes counted for his candidacy on the November ballot, is protesting because he will not be allowed to speak at the last scheduled public forum, the one being sponsored tomorrow by the Chamber of Commerce at the California Center for the Arts, Escondido.

Eldred wasn’t able to be on the regular ballot because some of the names that he submitted to the Registrar of Voters by the August deadline were for residents who live in “Escondido” but the unincorporated part, rather than within city limits. He was forced to go through the process, which also involves signatures, of qualifying as a write-in candidate. He completed that process last week.

The Times-Advocate asked the Chamber of Commerce to comment on Eldred campaign’s statement. Rorie Johnston, CEO of the Chamber told The Times-Advocate: “Yes, the chamber is hosting a forum tomorrow at the CCAE. The event is organized based on the list of candidates which was finalized following the close of the nomination period on August 10. 2018.”

Eldred’s campaign manager E. Clarke Dailey responded: “Randy has qualified and should be allowed to speak about his plan for Escondido. Although being a write-in candidate is not optimal, he is still part of the election process and should not be treated any differently than other candidates.”

The candidate himself added, “I am qualified and the Chamber is denying me the opportunity to address the voters that will decide Escondido’s future in less than a month”

The forum will be held tomorrow (Tuesday) at California Center for the Arts, Escondido, Salon, from 7:30-9:30 a.m. after breakfast.