Works of Escondido photographer Major Morris to be exhibited 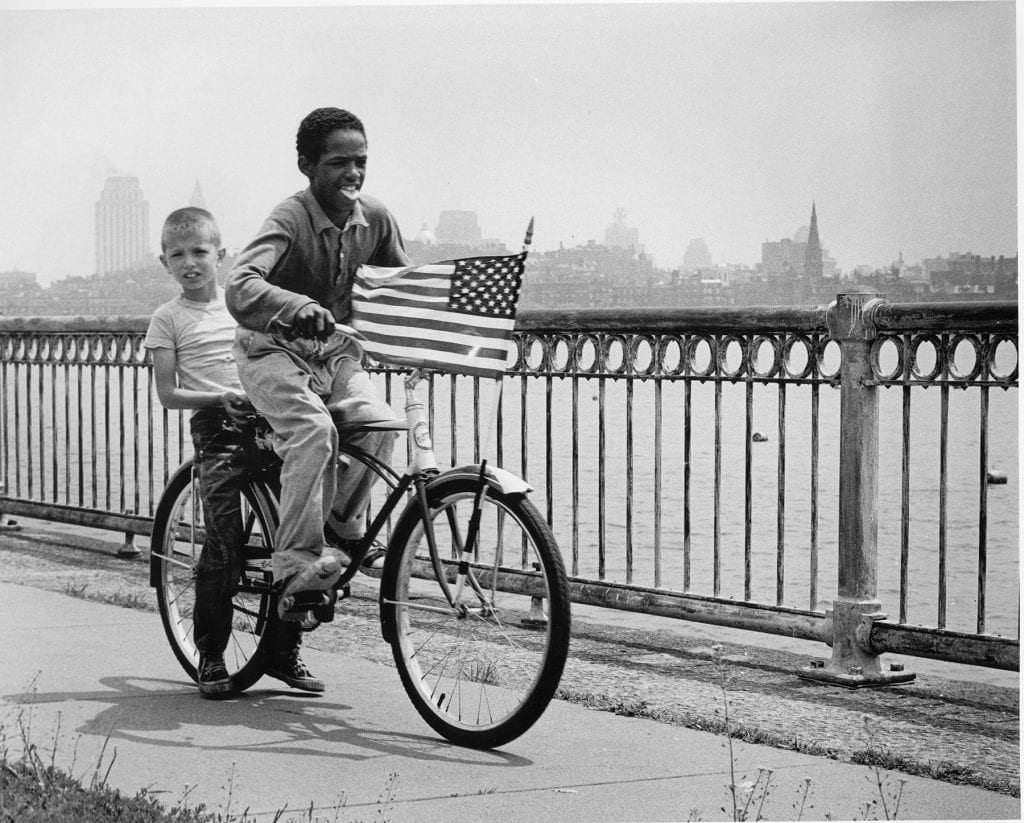 “Gettin’ Along” by the late photographer Major Morris.

Photos of the late Escondido photographer Major Morris will be collected together in the exhibit “Urbana 2” at Skyline Hills Library in San Diego.

The library is presenting the collection in conjunction with Morris’s wife, Anne-Grethe Morris. The photos are taken from 1960-1970. Morris died in 2016. The opening reception will be held at Skyline Hills Library, 7900 Paradise Valley Rd., San Diego in the Skyline Community Room on Saturday July 15, from 3-5 p.m. Lemonade and sweets will be served.

The exhibition – entitled Urbana 2 – shows images from the urban Northeast of the US in 1960-1970.  Except for a few photographs from an urban elementary classroom, the exhibition holds 40 photographs of people outdoors, at various stages of life. The images strongly depict the then-times (1960s-1970s), but do so with a sensitivity and often an implicit gentleness and tenderness that focus on the simple beauty of everyday life, from childhood throughout life’s various stages, no matter how poor and disenfranchised the circumstances. 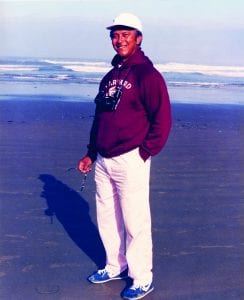 Major Morris counted among his influences such masters as Henri Cartier-Bresson, W. Eugene Smith, Magaret Bourke-White, and Gordon Parks.  The photographs in this exhibition are all originals produced by Major Morris, displaying his talent and skills as a photojournalist and street photographer (many of these vintage originals were manually framed by him.)

Born in the poverty-stricken West End of Cincinnati, Ohio, (referred to as “Black Bottom,”) Morris managed to survive poverty and the Great Depression.  He always thanked his maternal grandmother, who brought him up, for teaching him survival skills.  He dropped out of high school to get a job to help support the family; later joined the segregated army and was sent to Italy to serve during WWII; was honorably discharged, and returned to the U.S. where he settled in Boston, Massachusetts.

For him and his family to survive, Major Morris took on several jobs, and while he was a technician at Massachusetts Institute of Technology (MIT), he increased his knowledge of photography. For a while he used his photographic skills as a freelance photographer at the Boston Globe and Women’s Wear Daily.  When he was in his middle 50’s, he applied to and was admitted to Harvard Graduate School of Education from where he, a high school drop-out, got his Master’s Degree in Education (EdM).

His accomplishments in elementary, secondary and higher education are significant, and he retired from the administration at Portland State University, Portland, Oregon where he served as their Affirmative Action Officer.  All throughout his life, he continued to carry a camera and capture events and images he encountered. 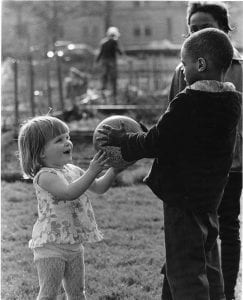 “Sharing” will be one of the works of Major Morris included in the exhibit “Urbana 2.”

After his retirement, Major Morris settled in Southern California and returned to his love of photography.  He became involved with San Diego County art communities, mainly through the Balboa Park Spanish Village Art Center and through Escondido artists.  Several exhibits of his works were held over a 15-year period until health forced him to narrow his focus to San Diego North County.  During this time, he was able to self-publish two books, a photo book of some of his well-known black/white images, “Nurture Their Dreams,” and an anthology, “Escape from Black Bottom” which he dedicated to, “Grandmothers who nurture children’s dreams.”

Major Morris writes in his artist’s statement, to “Nurture Their Dreams”:  In my photographic experience I have always been drawn to capturing images reminiscent of what life was like for me as I groped my way through an underprivileged youthful existence —“ His photographs are a witness to how he managed to capture not only the youthful existence, but life.

For additional information about Major Morris, his life, his photographs, and his books, visit majormorris.net