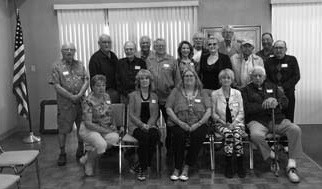 A group of one-time students of Horlick High School in Racine, Wis­consin – 2,000 miles away— held their reunion on March 19 in Escondido.

Roger Tischendorf from the Horlick Class of 1957 welcomed 30 Horlick alums and their mates and dates to his Citrus Gardens club house on March 19.

He explained how the faraway re­union got started 16 years ago. “A few Horlick alumni from the Class of 1945, now living in Southern California, could not make it back to Racine for their 55th anniversary. They decided to have their own mini-reunion in La Jol­la. They enjoyed it so much they voted to do it again the next year.”

The group expanded by inviting all Racine alumni they could locate on the West Coast to subsequent reunions. They became the Horlick-West 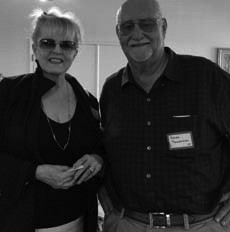 Roger said, “We move to a different city every year and have met in Palm Desert, Rancho Santa Fe, Indio, Me­nifee, Oceanside, and West Covina. Our 2008 reunion was an exception. Instead of a one day potluck shindig in Southern California, we climbed aboard the Holland America Oosterdam ocean liner for a weeklong cruise down the Mexican Riviera with stops at Cabo San Lucas, Mazatlán, and Puerto Val­larta.”

While the reunions cater primarily to Southern California residents, the sunny weather here in March always entices a few friends and relatives from Racine looking for an excuse to get away from the wicked Wisconsin weather.