Wine makes a wonderful purchase for the holidays: SIP offers some recommendations 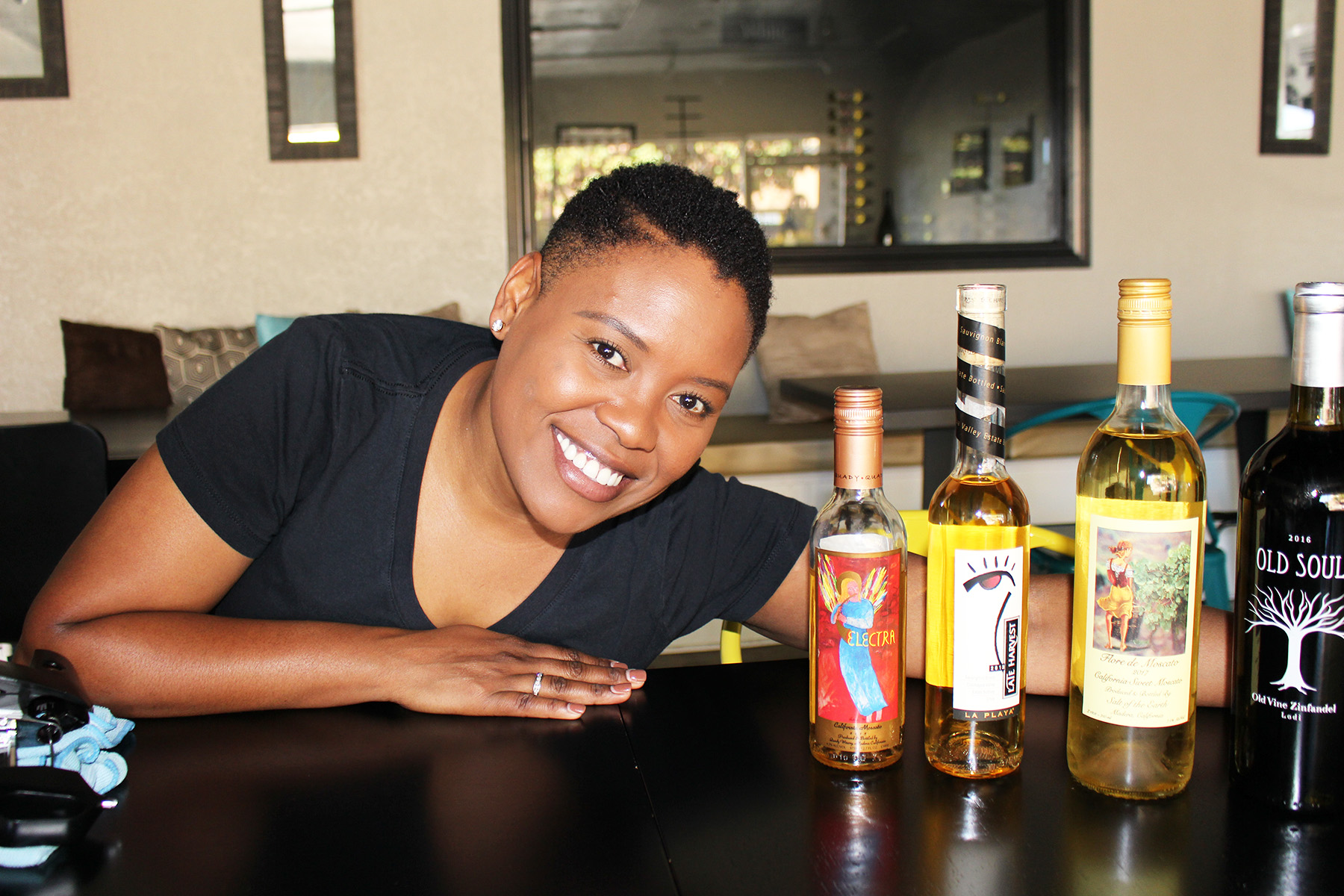 Sip, Wine & Beer proprietor Cassandra Schaeg and some of her favorite recommendations for holiday wine buying, tasting and enjoyment.

Thanksgiving is that most American of holidays, and one that brings together family and friends like no other festival. Few things go better with Thanksgiving, Christmas and New Year’s as an accompaniment to good times.

We decided to drop by Sip Wine and Beer located in the heart of the Grand Avenue downtown on Orange Avenue for our annual recommendations on the best wines to pick up for the holidays.

Cassandra Schaeg, the proprietor at Sip, laid out some new wines that have crossed her threshold in the last few months—and which will make great gifts for the holidays as well as something to serve holiday guests.

The basic theme was “Dessert wines, that go with Thanksgiving,” but it’s more than just that. Although two years ago we were writing about the Beaujolais nouveau that is released for sale on the third Thursday of November, Schaeg said it’s not so popular today.  “We’re shifting away from that,” she said.

The first wine she brought out was the 2016 Old Soul Vineyards Zinfandel, a wine from Lodi, California made with grapes from old vines. To be considered an “old vine,” the plants must be at least 30 years old and could be as ancient as 120 years, which would be an amazing thing since in America a little thing called Prohibition got in the way of wine production between 1920-1933.

Schaeg calls this zinfandel “breakfast juice,” because of its fruity taste. “It’s nice for the morning after the Thanksgiving feast. And you could serve it chilled.”  The Lodi region is celebrated for its deep reds and zinfandels.

The next wine she brought out was the Three Girls Pinot Noir, another wine from Lodi that would be good for the dinner itself. “It’s light and flavorful and it won’t clash with the entrees,” said Schaeg. This very drinkable fruity wine can be enjoyed with or without food.

Reckless Love is a wine that I would be tempted to buy and try just for its wonderful name!  It comes from a winery called Rebel Coast in Sonoma, California. Reckless Love is a medium bodied blend of reds with tastes like oak, chocolate and vanilla competing, and where the aroma grabbed me from the outset!  The Cabernet Sauvignon grapes are definitely the most noticeable note.

Smashberry red wines from Paso Robles, one of California’s emerging wine-growing regions, are “unpredictable blends highlighting multiple grape varieties, the sum of which are greater than the parts,” according to the vintner. It may be the driest wine you’ve ever tasted!

Schaeg asked me, “Do you like dry wine?”  Being the unrepentant opposite of a wine snob, I quipped, “Dry, wet, it’s all the same to me!”

So, she brought out the Beachberry, which is a private label that definitely makes an impression when you take a sip. It’s high alcohol content (14.2%)  creates a tingly feeling on the tongue. Smashberry is a blend of Cabernet Sauvignon, Syrah, Merlot and Cabernet Franc. 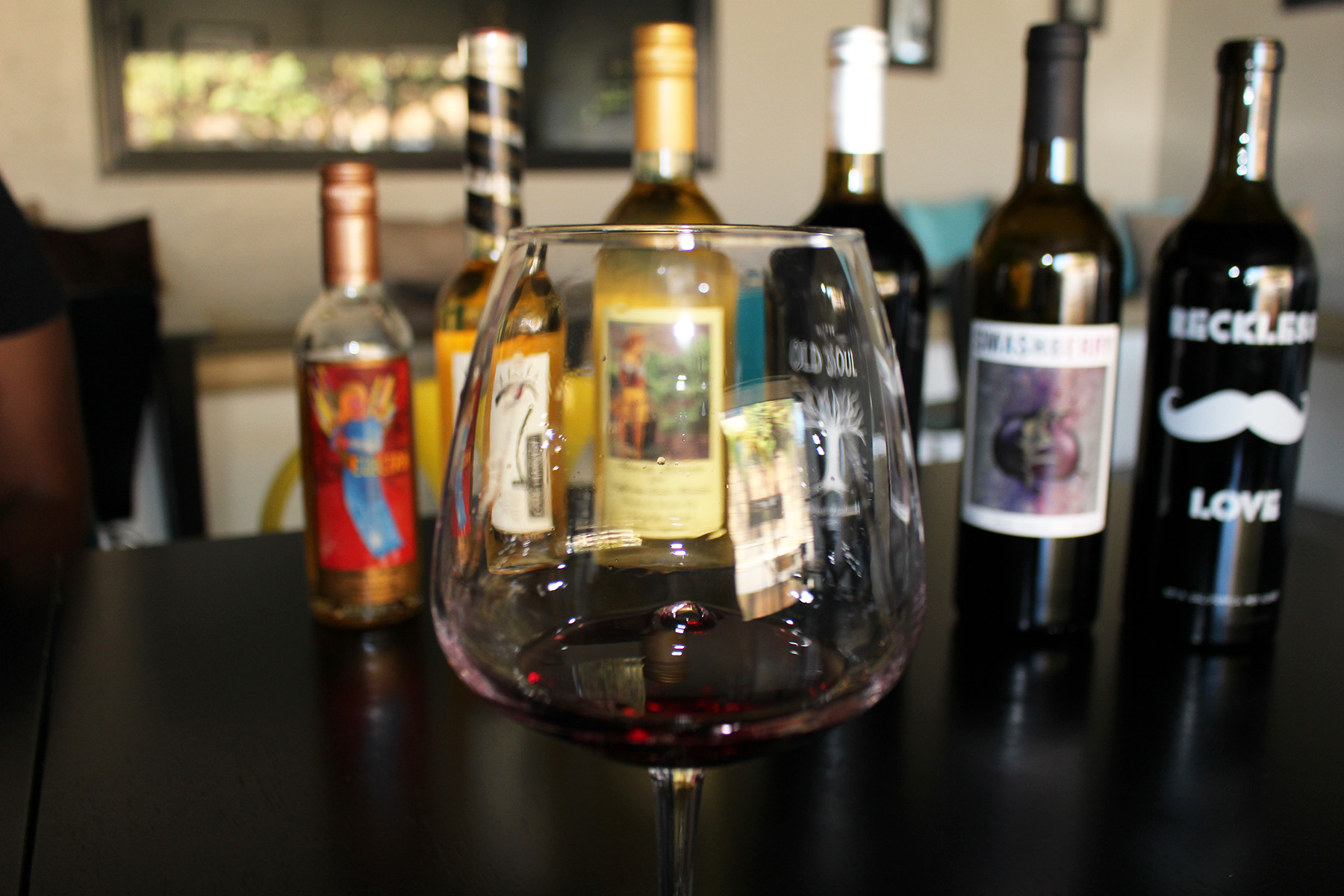 A glass of red goes with so many good things during the holidays, from dining to relaxing after the feast to enjoying the special time with friends and family.

“You could drink this with dinner if you like a dry wine,” she said. “It’s good with cheese and spicy meats—like leg of lamb.”

Dessert wines are a category of wines all by themselves. Schaeg introduced me to three new ones. The first was a sweet Moscato by Salt of the Earth, which are produced in the San Joaquin Valley, Electra, from the Quady Winery of Madera, California.

The Salt of the Earth sweet Moscato is good with fruits, cheeses, barbecue, roast beef and other savory or spicy foods.  It is best enjoyed in sips from small glasses. The fruity smell is the first impression, but the sweetness jumps onto the tongue. You could eat this with pumpkin pie or cheesecake. A very energetic wine, it almost gives a sugar rush when you sip it.

The 2013 Late Harvest Sauvignon Blanc from Colchagua Valley Estates in Chile is a latest harvest wine that is extremely sweet and is very enjoyable poured on ice cream or with very strong cheese. It’s the crack cocaine of dessert wines!

The Electra Orange California Moscato is also very sweet and is extremely nice poured on top of vanilla ice cream, which I did one night recently. Sip it in small amounts because of its potency and syrupy consistency. It’s definitely best enjoyed in small amounts. “I call it the Fanta wine,” says Schaeg.

There you have it! If you can’t find something to like from that list of wines, maybe you are in the market for something completely different. Like beef jerky! But if that’s what you’re looking for, we’ve also got you covered! Just check the table of contents! 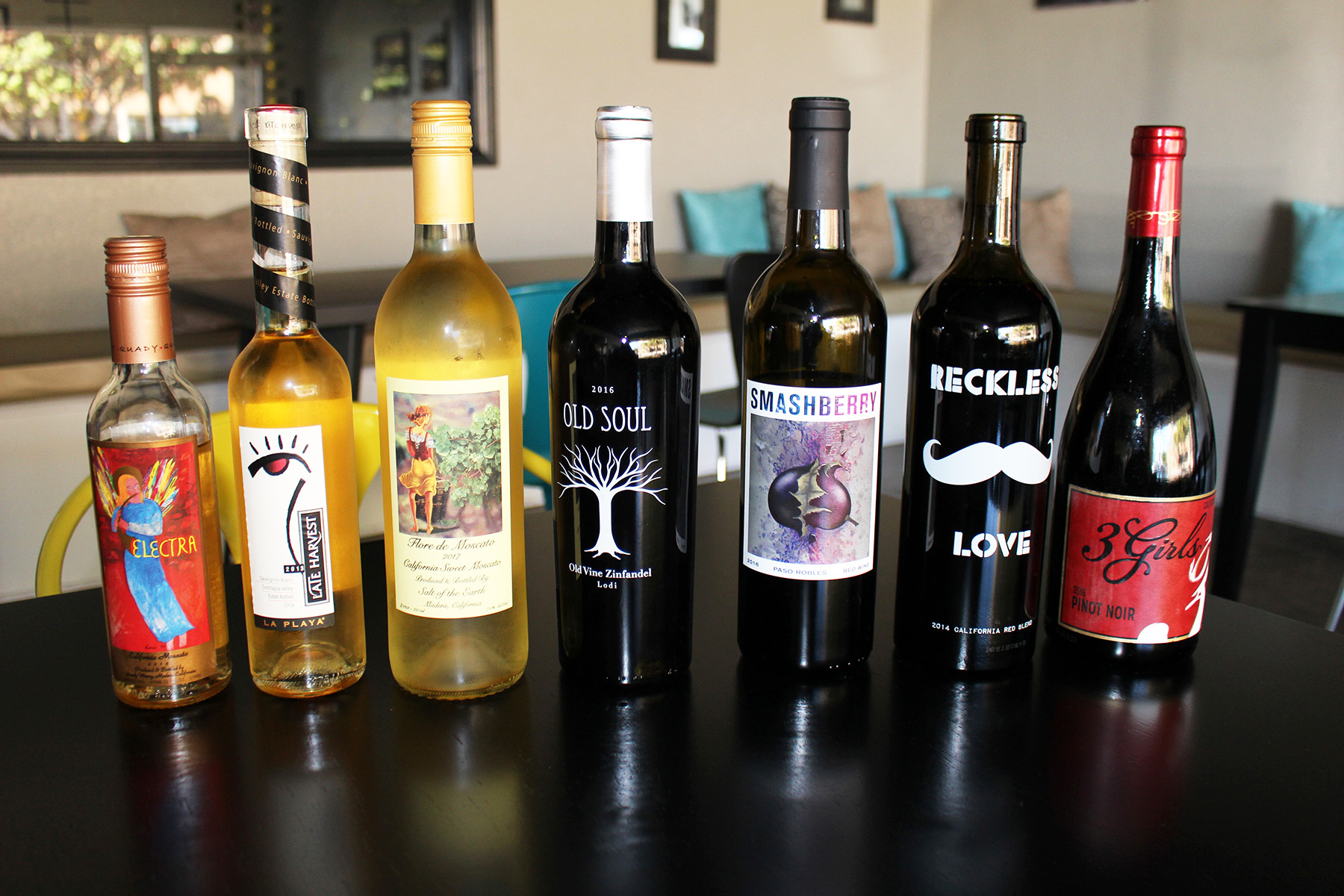 Some wines that serve well during the holidays, and which includes vintages suitable for Thanksgiving dinner, the breakfast after Thanksgiving and for dessert.