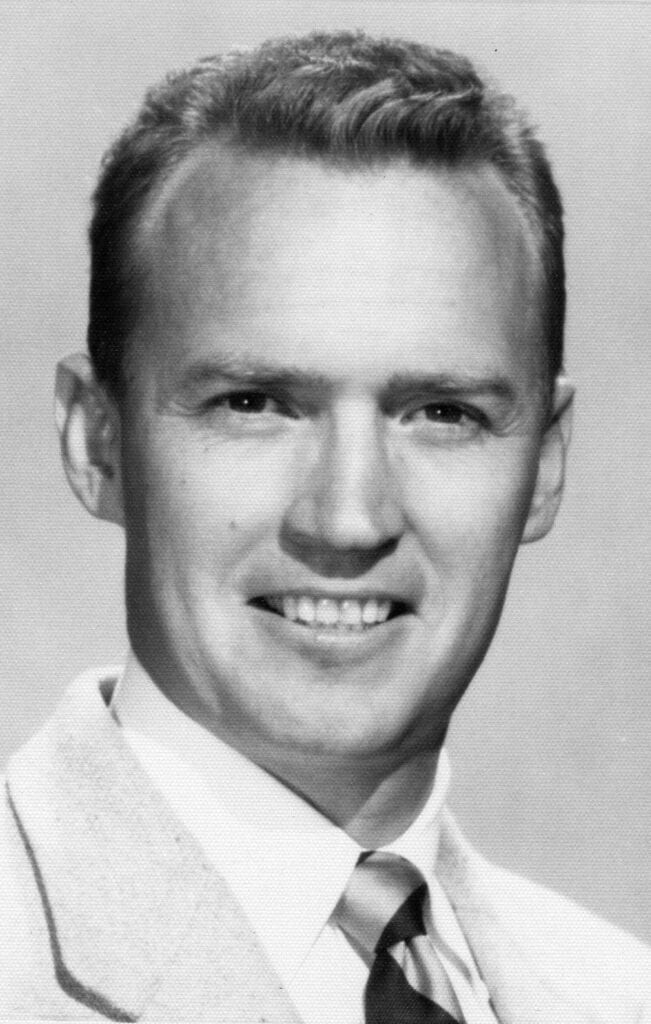 Will Bailie who lived in northern San Diego County from 1966 until 2010 passed away on April 19, 2020, in Bakersfield, California. He was a principal with the Escondido Elementary School District for 22 years from 1966 to 1988. Before that he was a teacher and principal for 13 years with the Garden Grove Elementary School District in Garden Grove, California.

Wilfrid Leonard Bailie was born on April 16, 1928, to Cecilia & William Bailie in Santa Ana, California. He graduated from Garden Grove High School in 1946, continuing on to Santa Ana Community College. From there, he went to the University of Southern California on a track scholarship where he ran the mile. He was a member of Phi Delta Theta fraternity.

While at USC he met fellow student Mary Ann Morey, who swam for the Los Angeles Athletic Club and belonged to the Kappa Kappa Gamma sorority. They married in 1955, setting up their home in the Newport Beach/Costa Mesa area of Orange County, and had three children.

In 1966, he and his family moved to Escondido, and in 1968 to Valley Center. In 2010 they moved from Valley Center to Bakersfield to be closer to family. He remained there with his wife, Mary Ann, until his death.

Mr. Bailie served in the Army during the Korean War and spent most of his time in Berlin, Germany, as a counter-intelligence agent.

Along with education, he was bitten by the acting bug back in his high school days. In Escondido he was in many plays in community theater and won awards from local and county boards.

He was on the board of Palomar Family Counseling in Escondido. He is survived by his wife, Mary Ann and his three children, Mark Bailie,  Rita Jenkins, and Teresa Jorgensen, and also by a sister, Agnes Smith. He was preceded in death by his other sister, Mary Mitchell.