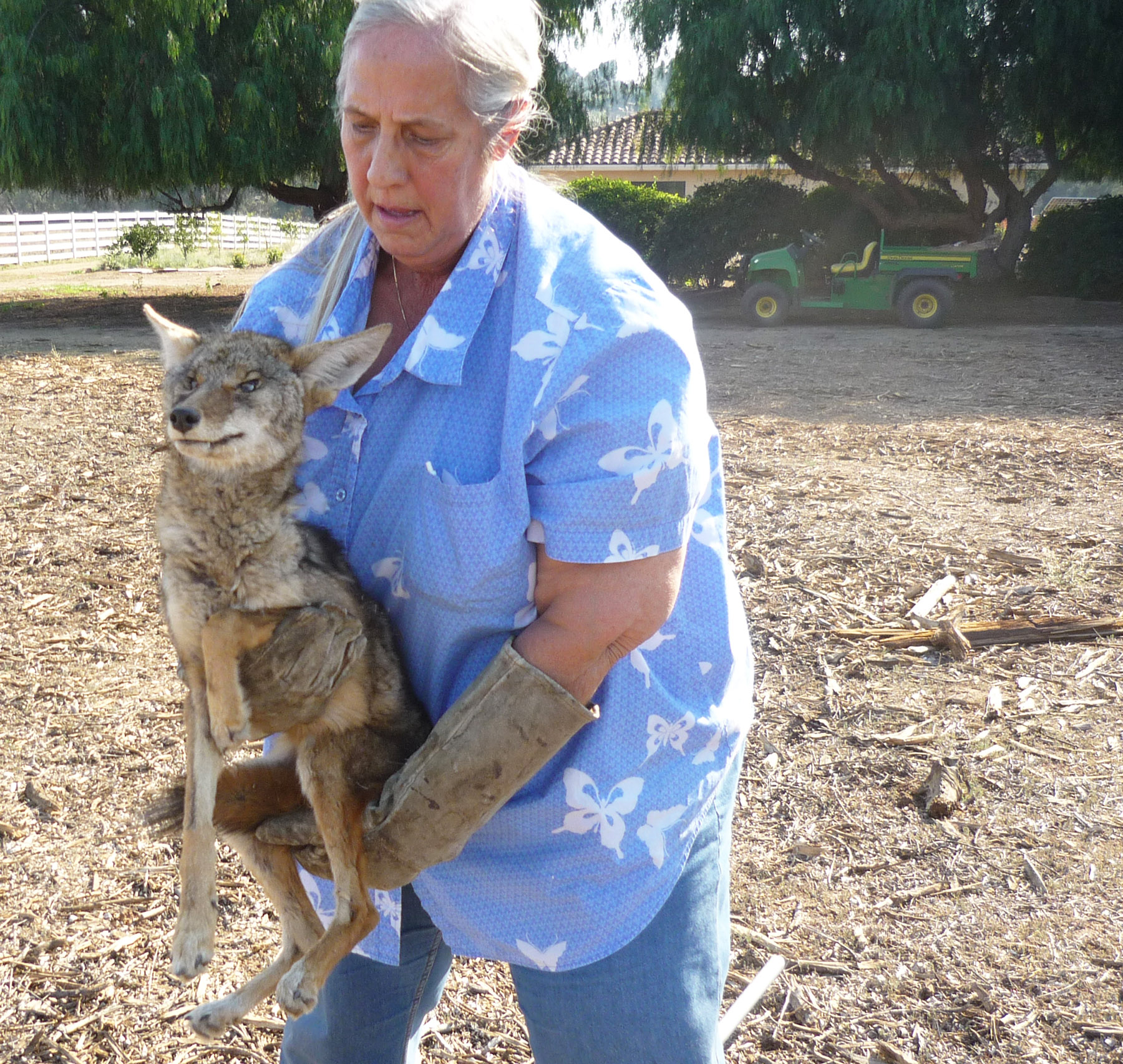 The woman who has been there for 26 years when wounded wild animals needed help, has put out a distress call for herself. Krista Brown of Krista’s Animal Rescue is on the verge of losing her house where she bases her rescue operation in Valley Center. She faces foreclosure at the end of the month.

Brown has for nearly three decades answered the call at all hours of the night, on holidays,  all over North County, including Escondido, Palomar Mountain, Pauma Valley, etc.  “We never shut down because you never know when an animal will get hurt,” she says. “We responded on New Year’s eve and New Year’s day. We don’t close.” 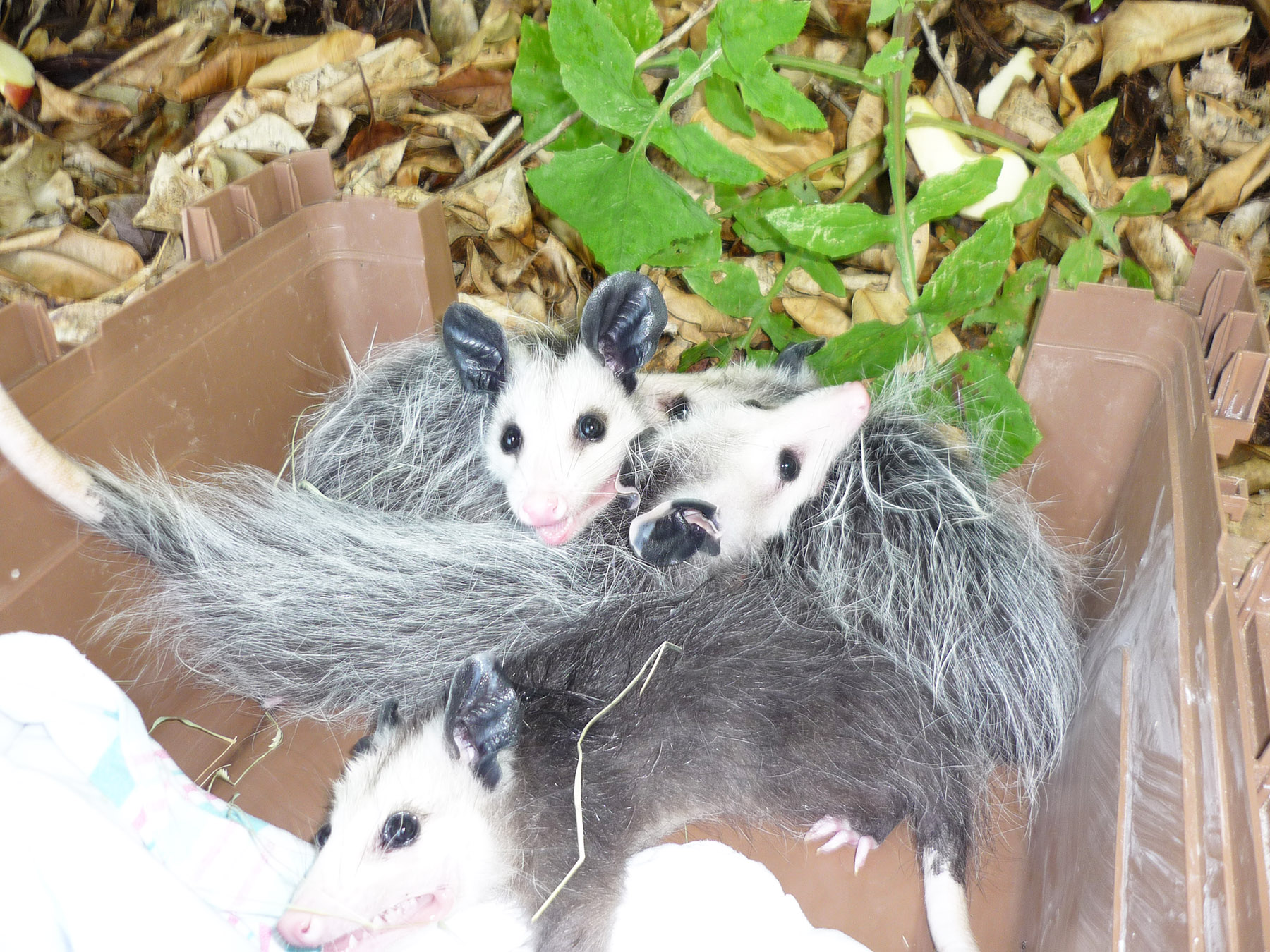 Orphaned baby possums. “Most people don’t know how to handle the simplest things, like a possum.”

One local resident told the newspaper, “Krista Brown has been doing wild animal rescue in VC quietly for MANY years. She does this for nothing, relying only on donations. We called her once for a wounded hawk we found on our property, as well as a raven’s nest full of babies that had fallen out of a tree.”

“My mortgage company [Select Portfolio Servicing] has for six years been playing a paper game,” Brown said. “They are still claiming my mortgage wasn’t done right. They are trying to foreclose on me and my husband.”

Currently Brown is being told that she must pay $4,000 a month on a mortgage that used to be serviced at $1,300 a month. “My husband is a veteran and the VA said if I can get four payments current that I can get a refi,” she said. That’s  four payments of $4,000! 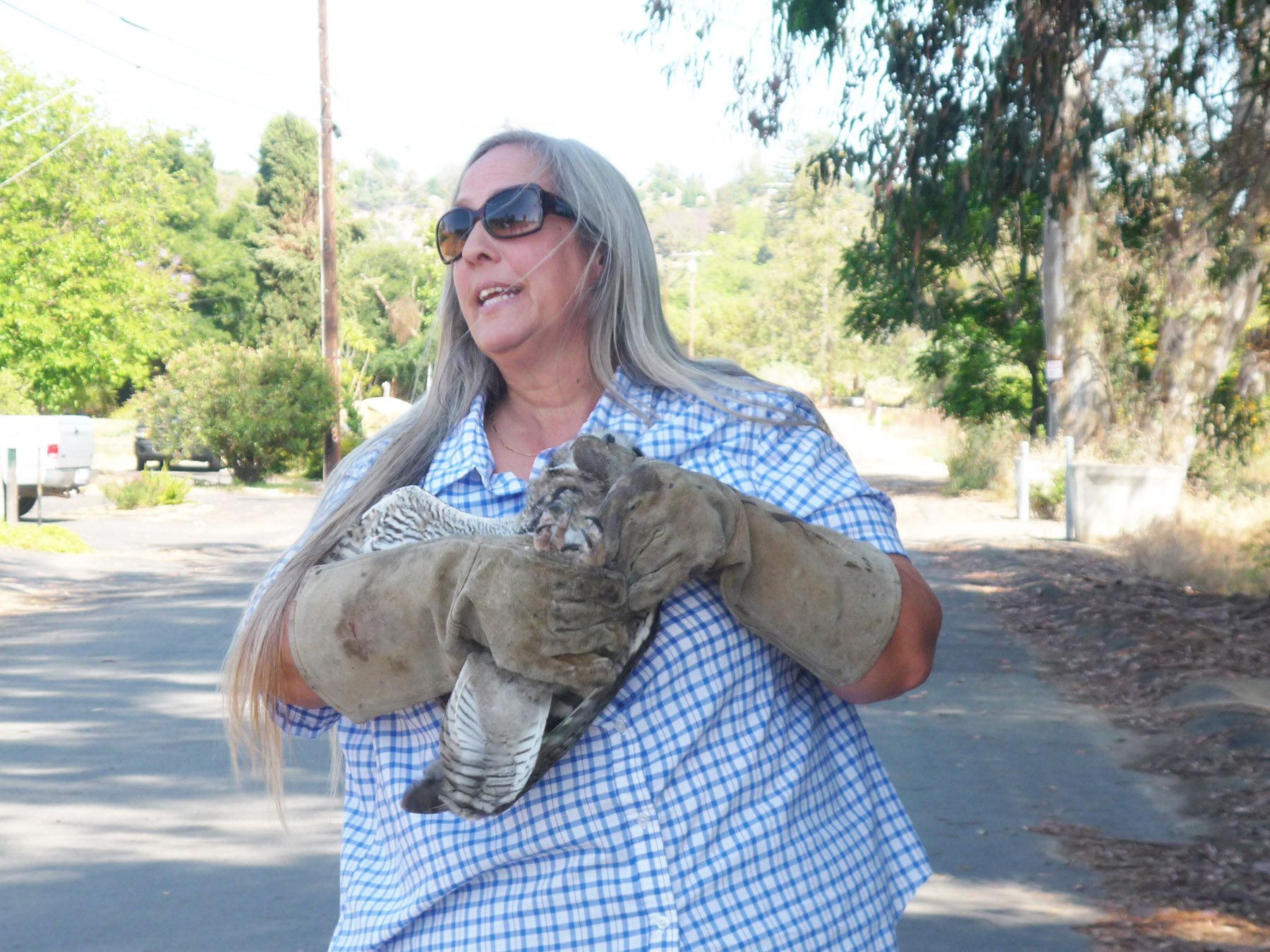 Krista Brown and an owl she has rescued. It takes special training to learn how to care for a wild animal.

Brown has been doing wildlife rescues all of her life, but went at it seriously 26 years ago. In 1991 she became disabled from a neurological disorder where she has seizures from time to time.

“That’s when I lost my job,” she recalls. “I could still function. Sitting on a coach waiting for seizures was not something I liked. I went to work for Humane Society. I soon realized there was a big need for wildlife rescue.”

Eventually she concluded that none of the wildlife rescue organizations in San Diego served North County. So, Krista Brown started one.

“Legally we can pick up sick, injured and orphaned wildlife,” she says. “Let’s say you have a healthy racoon hanging out in your yard, we can’t help, although we could give you advice on how to get rid of it.”

They also do what she calls “dumpster diving” to rescue small baby animals, including dogs and cats. They can’t legally capture adult dogs or cats. That’s the job of the Humane Society and County Animal Services.

“Several years ago, someone found seven puppies in a trash bag and we raised all seven and found them homes,” says Brown. “A few years before that someone tossed three puppies onto Hwy 76. We can take in puppies but not adult dogs and cats.” 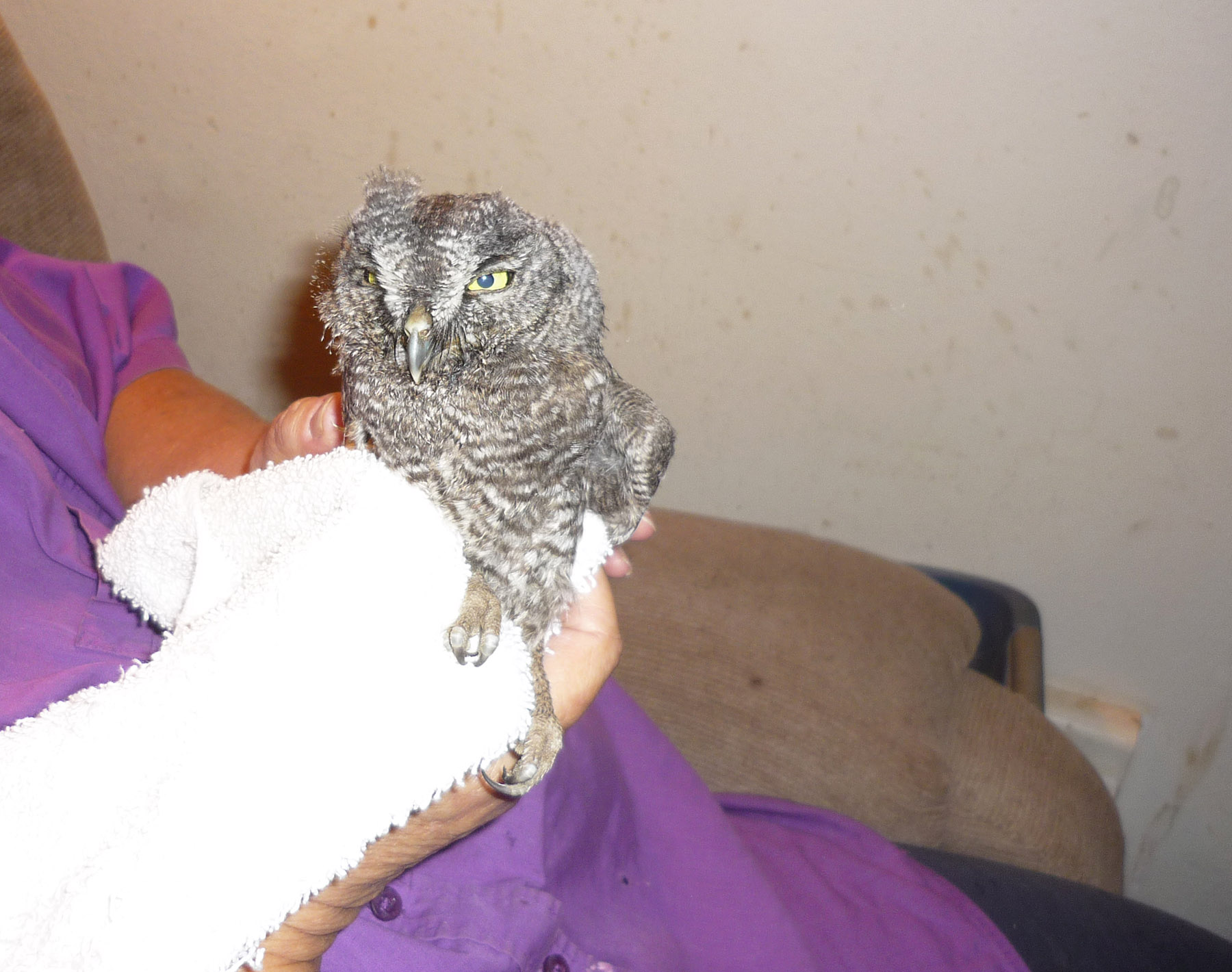 A great gray owl gets a second chance at life.

Brown gets two or three rescue calls a day from all over North County. During baby season, which is January to June, she can average ten calls a day. “Bunnies, squirrels, hawks, birds, possums. Almost anything,” she says. “In November I averaged one coyote a weekend in Valley Center alone.”

One of the stories that transfixed local newspaper readers in November was the story of a coyote that got a bottle stuck on its head and eventually succumbed from that. Brown and her husband chased that coyote for a week and a half, trying to rescue it. Unfortunately, by the time she was able to get to it, it was near death.

She administered first aid, using an animal first aid kit that she always carries with her, but it was to no avail.

Now she herself, while certainly not near death, faces something most homeowners find to be one of the most traumatic events of their lives: the possibility of foreclosure.

“I was able to make the December payment,” she says. “I have most of January’s payment. I’m stalling them right now because I’m a little short. I’m actually trying to get a loan,” says Brown. “I have until the end of the month to come up with another thousand. And then, of course, I need to make February’s payment.”