Why is housing so costly? Preaching the gospel of deregulation 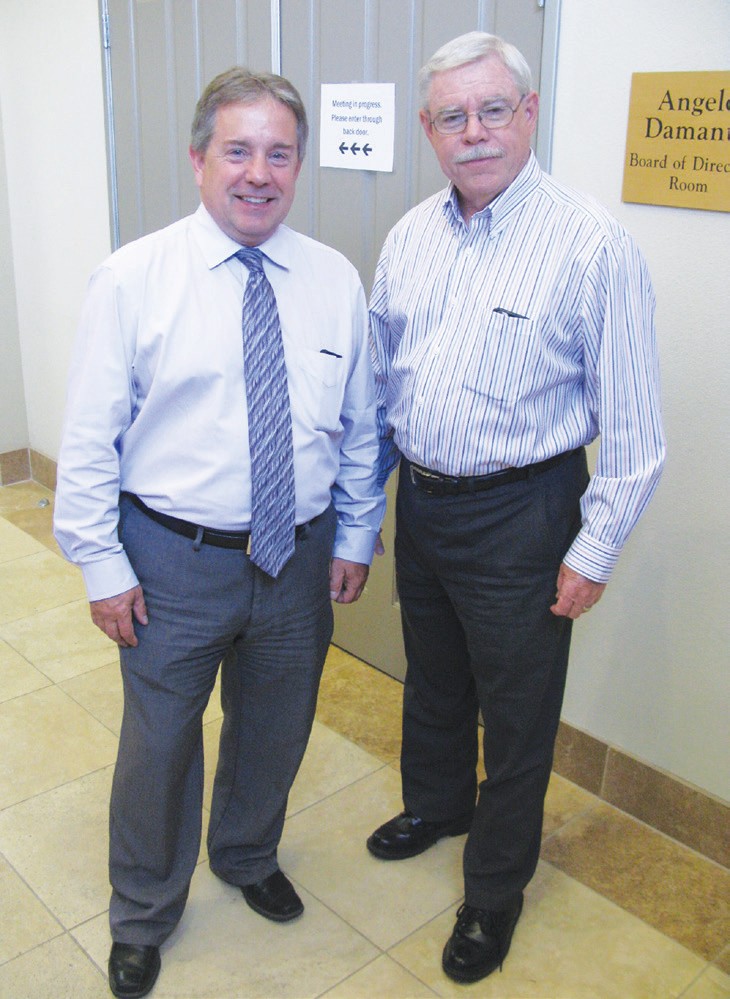 Michael McSweeney was preaching the gospel of deregulation to members of the Escondido Chamber’s Economic Development Committee last week.

He is the senior public policy advisor to the Building Industry Association (BIA) of San Diego County and a former contractor.

McSweeney told the committee that he moved to San Diego from Cleveland in 1984 and spent 20 years doing large-scale remodels.

Always having been interested in politics, he segued into pushing the BIA’s line on getting regulators to streamline the multifaceted and difficult process of building homes.

He learned that it was much more complicated than that.

His talk focused on the Point Loma Nazarene Study “Why is Housing in San Diego County So Expensive?” Subtitled: “Could it be the government process that increases the cost?”

The study that came out in May 2015 goes hard on government planners and red tape. But it also offered a reasonable compromise between builders and the several governmental agencies that regulate them.

The study found that:

1) The total cost of regulation amounts to about 40% of the cost of housing across the various price segments in all of San Diego County.

3) Regulatory costs include fees for building permits, sewer connections, water, schools, and drainage, among others. Other regulatory costs occur throughout the entitlement, mapping, development, permitting, and homebuilding phases of a project.

4) The time it takes for the regulatory process can add 15% or more to the cost of a new house. Projects without a master plan in place can take 12 years before the first home is up for sale.

5) The study indicates that approximately 21% of, or about 233,000, households throughout San Diego County are priced out of the market for owned or rented housing based on their current incomes.

He said that houses are built because of demand. “Developers don’t say, ‘Hey, estate homes are in. Let’s go out and build estate homes!’”

Developers do a lot of research to determine what the demand is before spending a dime on a project.

But governmental actions are going against the law of supply and demand.

“Impact fees, statutory fees – it feels like there’s a fee for everything,” Mc- Sweeney said, before asking the committee if anyone knew how much it costs to connect water and sewer lines to a home. It’s $20,000.

He spoke of a Carmel Valley project that had homes for sale at around $1.5 million. The school fees, park fees and others totaled around $325,000 per home, around 21% of the total cost.

Then he launched into his take on inclusionary housing.

“At the BIA there are two issues I got stuck with … storm water and affordable housing. In California you and I are going to build 400 homes and, somehow, we are the cause of affordable housing so we have to mitigate for it.

“So how do we do it? For every ten homes you build we’re going to put one aside for a poor person to live in,” McSweeney said. “This is the most asinine, bass-ackwards policy solution to affordable housing.”

Developers are in the business of selling homes at market rates. The affordable units must have a low-income buyer who can make payments on 60% of what the other buyers paid.

“Basically, the other nine people are paying for the house,” he said.

The BIA and other development groups are in favor of what the Point Loma Nazarene study said, giving developers a mere 3 percent cutback in regulatory costs would open up opportunities to rent or own homes for around 6,750 households in San Diego County.

McSweeney said the BIA and its allies had wrestled with regulators for years, trying to get major cutbacks in fees. The 3% cutback seemed like a modest proposal and a good start to most of the attendees of the meeting.