Which Wich has local ribbon cutting 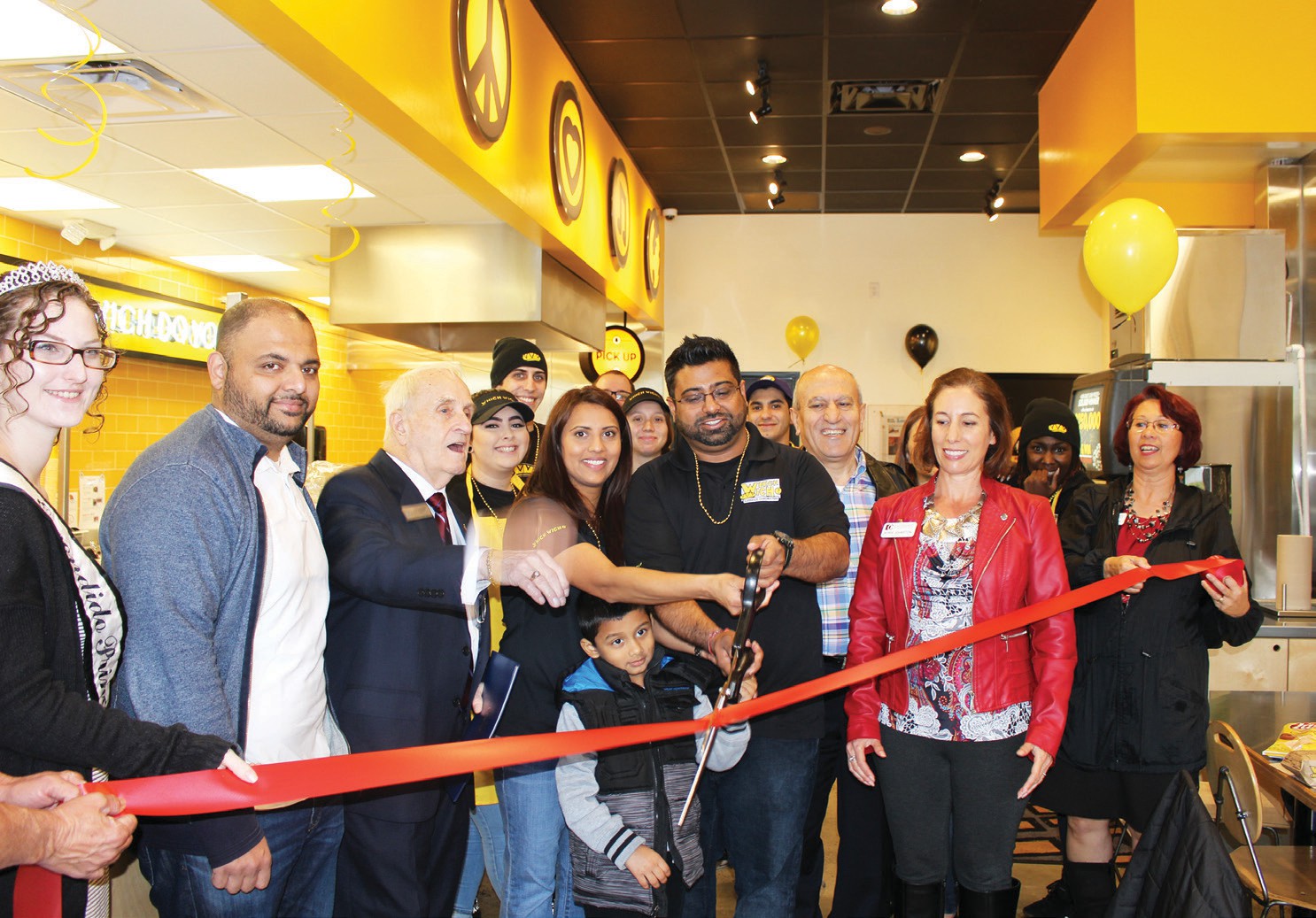 Despite the heavy rain, the Chamber of Commerce and local dignitaries showed up in force Friday to celebrate the ribbon cutting for the Escondido Which Wich. Gen. Mgr. Vimal Patel, his family, Mayor Sam Abed, Princess Amanda Cowie, and Chamber CEO Rorie Johnston were among those taking part.

The dining revolution will be customized. Once upon a time there was a fast food restaurant that promised that customers can “have it your way.” Bring things up to the modern day and let’s bring on stage Which Wich, for which the bespoke sandwich is the be all and end all. Patrons can customize their sandwiches ad infinitum and get them delivered in six or seven minutes.

The newest Which Wich in San Diego County celebrated its ribbon cutting last week at 1264 S. Auto Pkwy (in the Target shopping center.) It was the 12th to open in San Diego County. It was very rainy outside, but for Vimal Patel, general manager, who is a native of India, “rain is considered good fortune.” 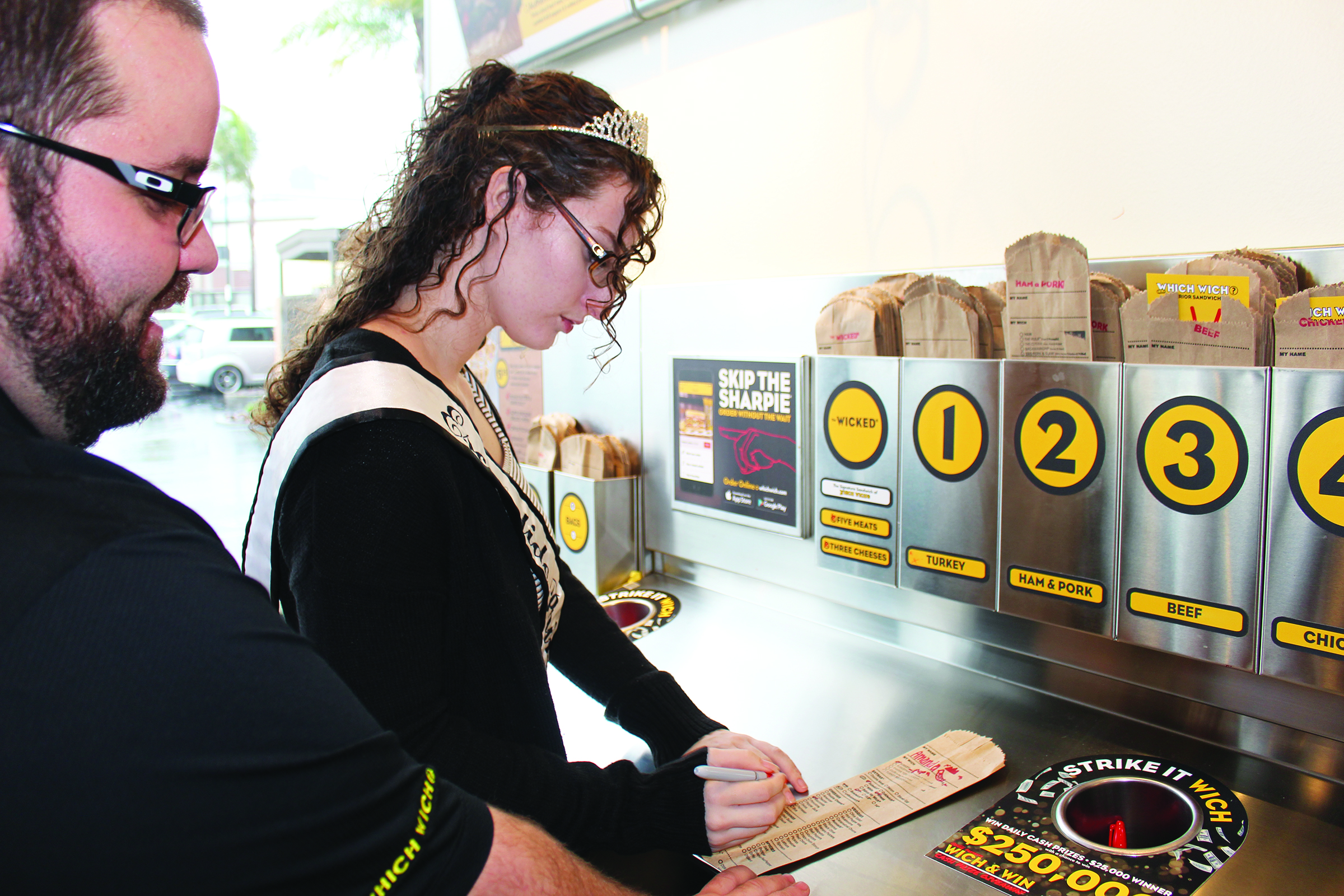 Douglas Jones, head of operations for the Escondido Which Wich, helps Escondido Princess Amanda Cowie fill out her order bag.

must have been a lucky man that day.

“What is different about us is our ordering system and our bags,” he explained. The plain brown paper bags are covered with ordering options. Customers mark each box. You can select from more than a dozen kinds of condiments. Using this system, it would be hard to get an order wrong. “We have forty-seven sandwiches and 62 different toppings,” said Patel. “We have enough toppings and enough different sandwiches that we have something for every taste.”

Vegetarian? Got you covered. Vegan? They got that. Don’t even want bread? There’s the lettuce roll-up for those with gluten allergies.

“We can always make it happen,” said Douglas Jones, head of operations. “We deliver locally within a three-mile radius.” 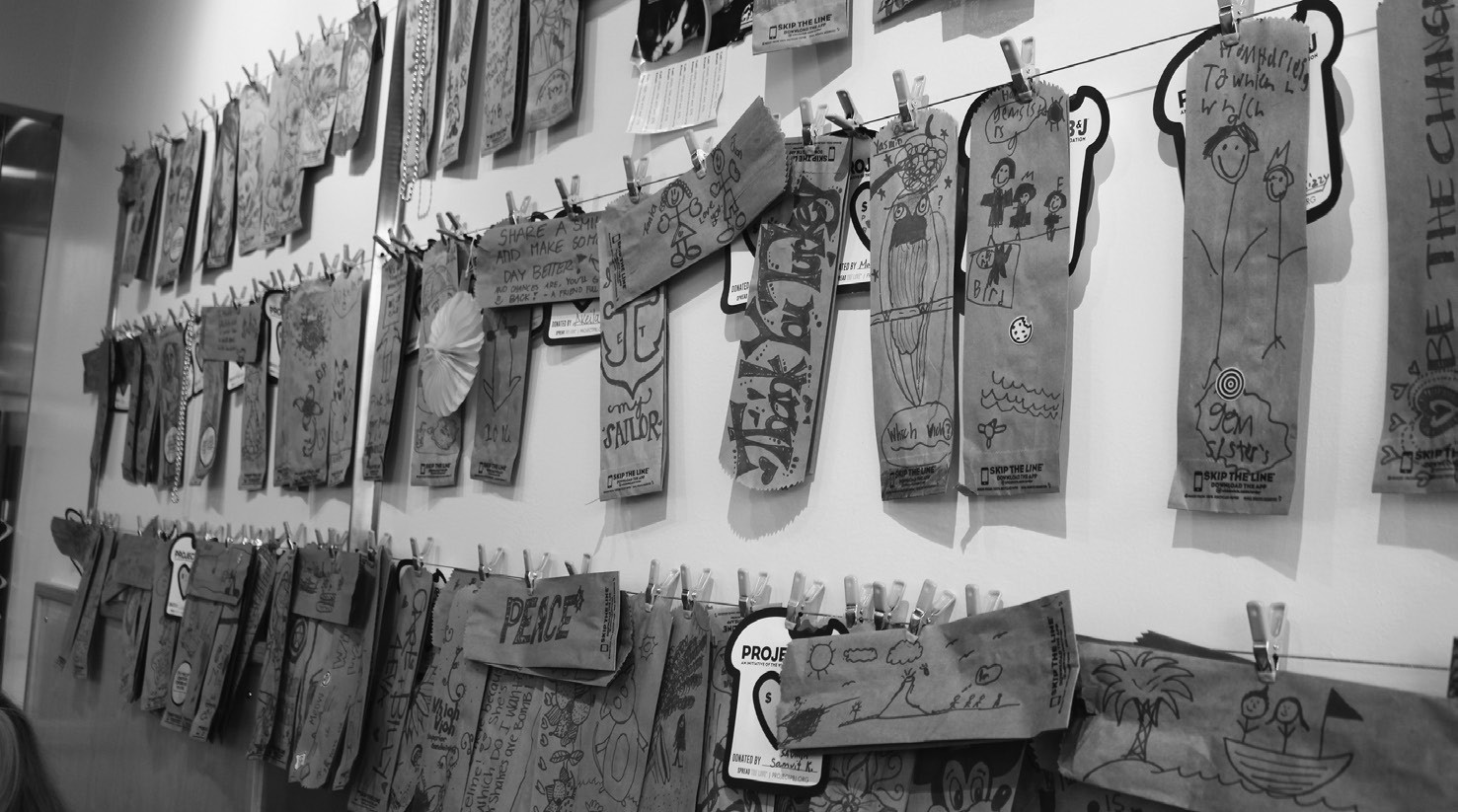 What makes Which Wich distinct is its ordering system, which revolves around filling out bags that provide dozens of variations, condiments and extras, so that each sandwich is customized. Some customers, especially kids, enjoy doodling on the bags, and Which Wich has put up many of them on a wall in the restaurant.

Which Wich believes in partnering with local organizations to “give back.” They are working with local schools to sponsor a read-a-thon. “When they read nine books they will get a kids meal, or if they are in junior high they will get a shake,” Jones said. “We are also working on getting approval for a hot lunch program where we would deliver to the schools. We are negotiating to get that permitted.”

The restaurant has 17 employees. “We are big on first time hires,” said Jones. “That way we get to mold them. It’s a great place for local kids to work.”