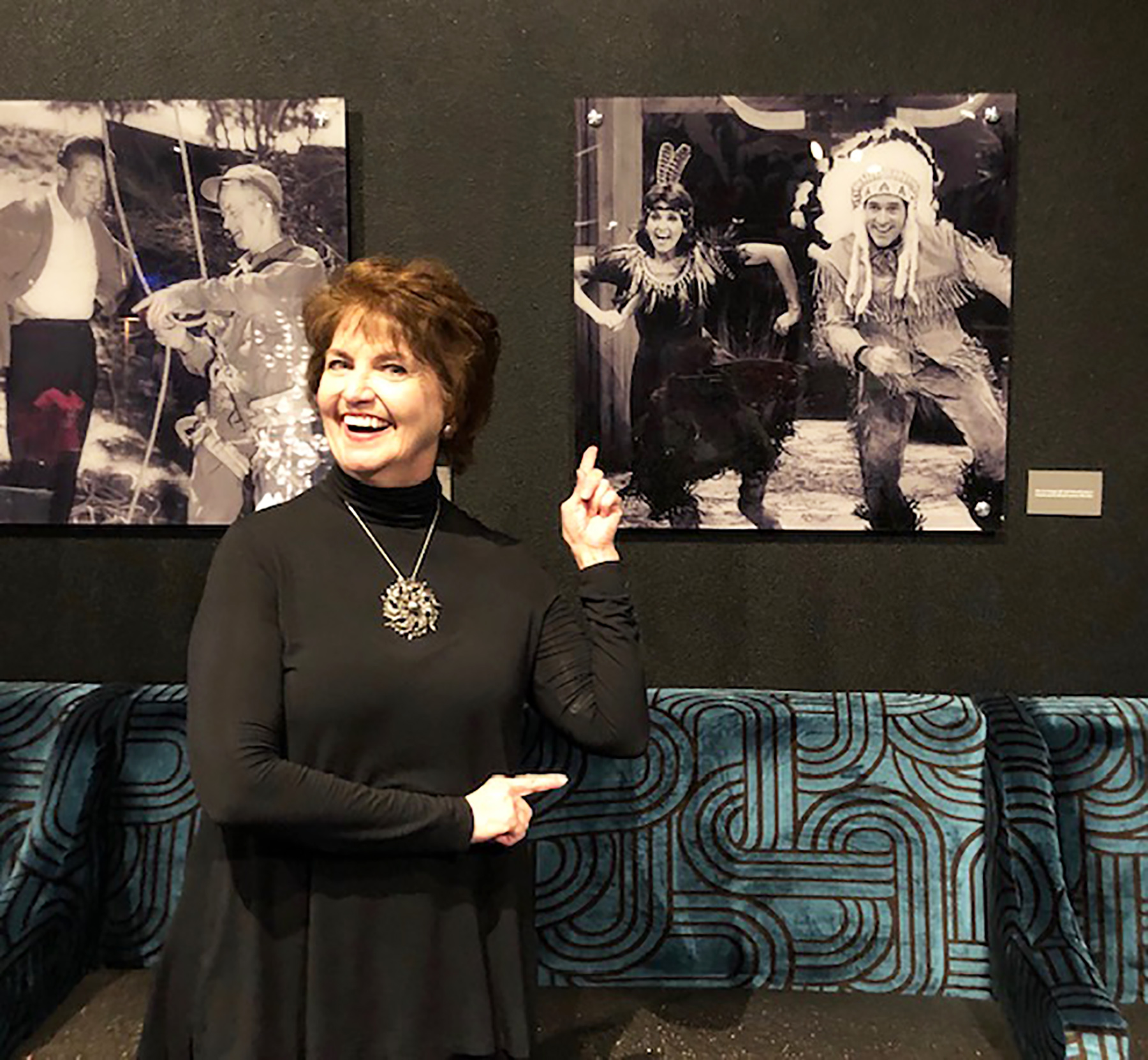 Welk Resorts Theatre’s “Menopause the Musical” opened this past weekend and Welk Theatre royalty Mary Lou Metzger from the long running Lawrence Welk Show attended.  In the photo Metzger points behind her to some still shots from the old TV show, including one of her dancing and singing.