San Diego County Crime Stoppers and investigators from the North Coastal Sheriff’s Station are asking for the public’s help to identify and locate a woman wanted in connection with using counterfeit bills at local businesses in the North County.

The same suspect is also believed to have used a counterfeit $100 bill at a business in Carlsbad.

The suspect is described as a 25 to 35-years-old Hispanic woman who stands between 5’4” and 5’6” tall. She has long, dark wavy hair and a tattoo on the right side of her upper chest. The suspect also appears to be pregnant. 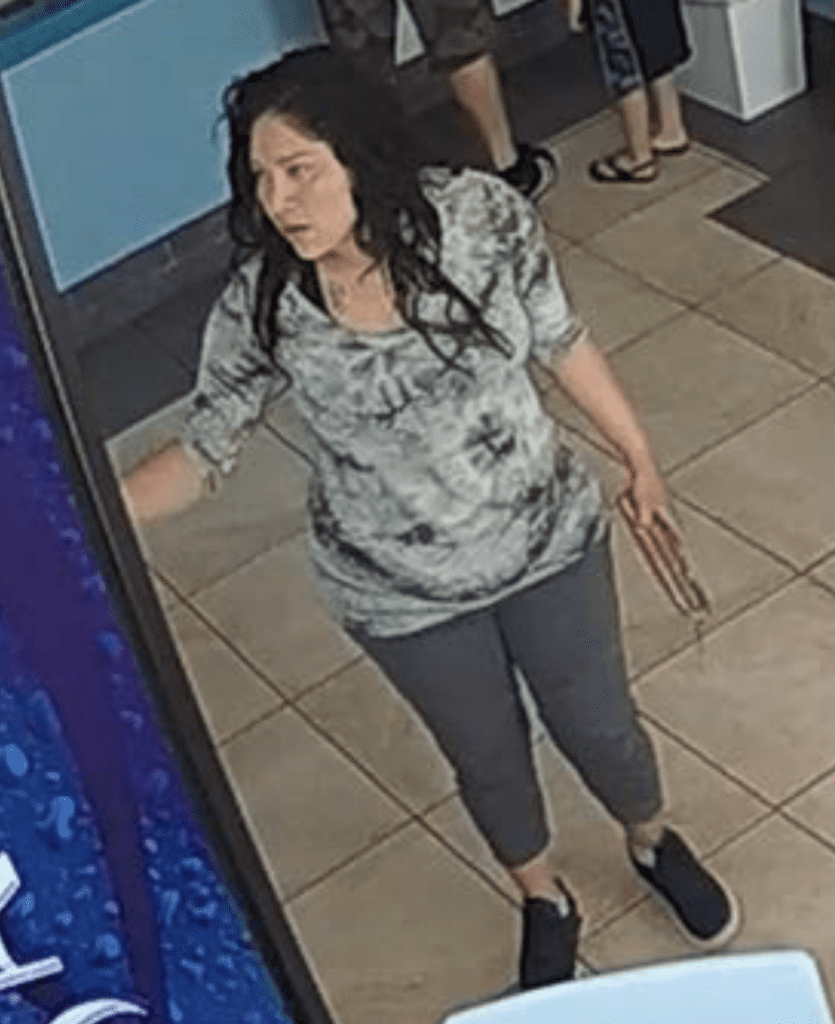 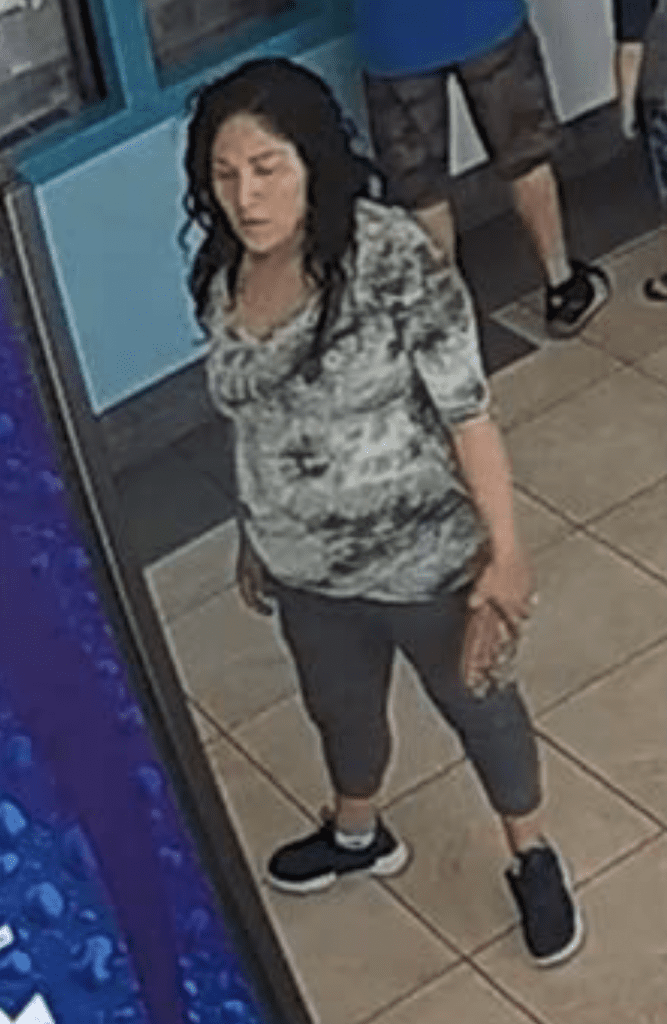 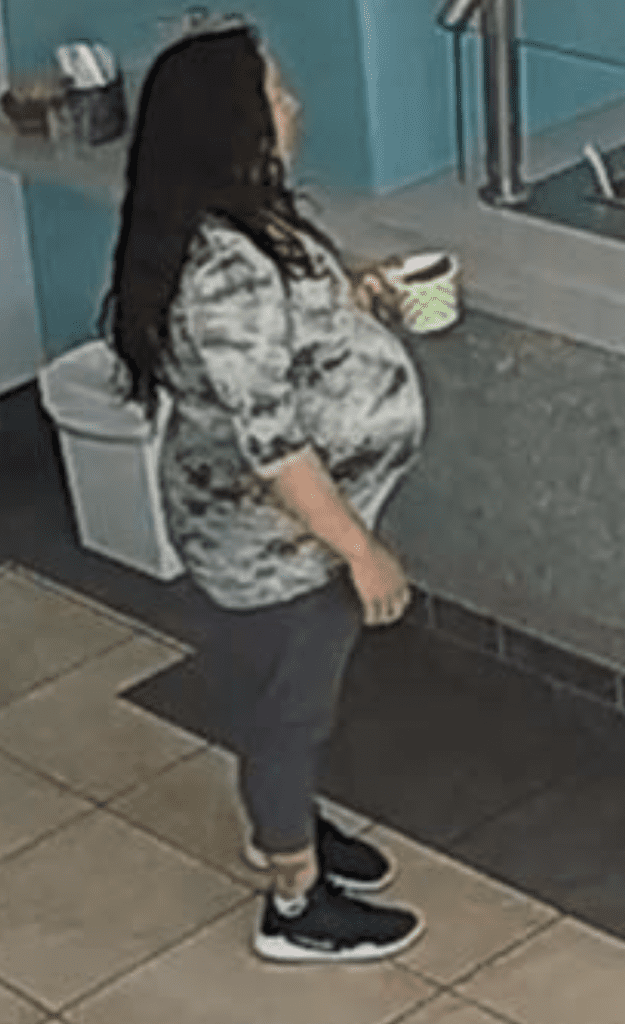 If you recognize the suspect call the North Coastal Sheriff’s Station at (760) 966-3500 or the Crime Stoppers anonymous tip line at (888) 580-8477. Crime Stoppers is offering up to a $1,000 reward to anyone with information that leads to an arrest in this case. Information on how to send anonymous emails and mobile app tips can be found on our website www.sdcrimestoppers.org.