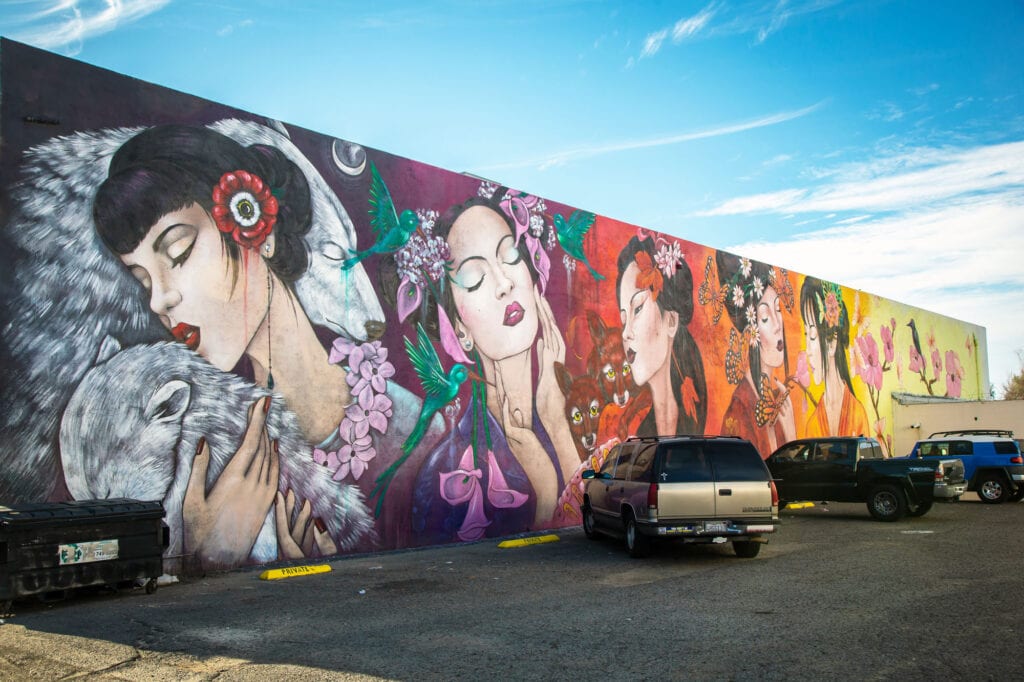 Seasons of Change: In the alley south of Grand on the East facing wall of the ArtHatch Gallery.

Part I of II parts.

While some walls limit, discourage and separate, the colorful and uniquely painted walls of Escondido expand, inspire and bring people together.

There are the more than a dozen of these walls or murals. Some are obvious and easy to find but, true to the city’s name, many are tucked away on back-alley walls like hidden gems in the downtown core.

In Spanish, Escondido means hidden and finding some of the murals is like discovering buried treasure. The delightful results can evoke childlike wonder and ignite an appreciation for art.

They have been created by several talented artists.

Zane Kingcade is an artist whose name always comes to mind by Escondido’s mural aficionados.

Zane, professional artist and owner of Street Life on Grand Avenue says he has painted at least five or six murals found in Escondido today but there could be more. Passionate about painting since he was a child, Zane— as he is known by his fans— started making them for fun. Now, a professional and respected artist, he has painted several all over the United States.

Among the many walls, there is one he has painted repeatedly which he jokingly says would mean he has completed hundreds.

That wall is on the west side of the Rosemary Duff Florist building facing their parking lot. The mural is changed regularly to reflect approaching holidays.

Currently a painting filled with hearts and flowers, love notes, and a Happy Valentine’s greeting will soon be replaced by another theme perhaps St. Patrick’s Day or Easter.

Zane’s work often draws curious onlookers or photographers who then tag him on social media.

Easter seems to attract more people than others to the Rosemary Duff Florist wall.  Families gather after church service and wait in line to take turns in front of the colorful and often whimsical work of art.

It started when the San Diego Chargers played in the Super Bowl in 1995.

Zane was commissioned to paint a mural in their honor.

It wasn’t till over a decade later that the flower shop decided to have another one painted to promote Valentines’ Day.

Because of the interest generated, they decided to produce a new picture for every major holiday.

Every few months Zane treats the citizens of Escondido to a new original piece. A unique element of the Rosemary Duff murals is a cross to bless the business and a rose to honor Rosemary Gornick, the owners’ aunt who started the flower shop in 1976.

Another popular wall art can be found on the east side of King’s Pawn on East Valley Parkway. Painted as an iconic “Postcard from Escondido”, the image was used by the City and the Chamber of Commerce on their websites.

It is becoming a significant attraction for people. Many flock to the wall to record and photograph special events such as engagements and even quinceañeras.

A grant from the City of Escondido funded the welcoming mural in their attempt to improve and support small businesses.

“I hope that more companies will see the value of murals,” said Zane.

All his creations reflect the history of Escondido and elements of the business. He sticks to a vintage look which he believes most people like. Many of his designs are whimsical in nature and can be found in the alley south of Grand Avenue between Juniper and Broadway.

A mural on the west side of Evans Tire on Broadway is also a Zane original along with the one on the west wall of the Best Little Hair House on East 2nd Avenue.

Also, on Broadway, on the front of the San Diego Children’s Discovery Museum hung a large painting of a cat and kitten. The name of the piece was “Flower Connection” painted by Pennsylvania artist Anna Bogh.

It was one of two winners of an international contest selected by a panel of jurors, customers and members of the museum from artists who submitted works from all over the world.

In her artist’s statement, Bogh says, “Felines and Flowers represent the unity of Flora and Fauna. Mother Cat, like Mother Earth – radiates warmth and love and shows that we are all connected by the same laws of nature. The Kitten, a child of nature, symbolizes humanity absorbing the life-giving energy of the Earth.”

The newly hung mural titled “Our Journey Together” by San Diego artist Mollie Garre is the second winner. It will be on display for 6 months.

To explain her work, Garre says, “Our children should be celebrated for what makes them unique; our distinctions make us beautiful. A healthy childhood is full of love, support, and opportunities to explore interests and passions in a safe space. “

On the back side of ArtHatch Gallery on east Grand Avenue is an impressive wall painting of beautiful women titled “Seasons of Change.” It was created in 2016 by San Francisco based artist Amanda Lynn.

“I believe sharing the creative process with others is the key to living an inspired life,” she writes on her website.

Lynn is an American painter who has participated in several solo and group exhibitions in the United States. She enjoys depicting the strength and beauty of women with the intention of uplifting and inspiring others to create. 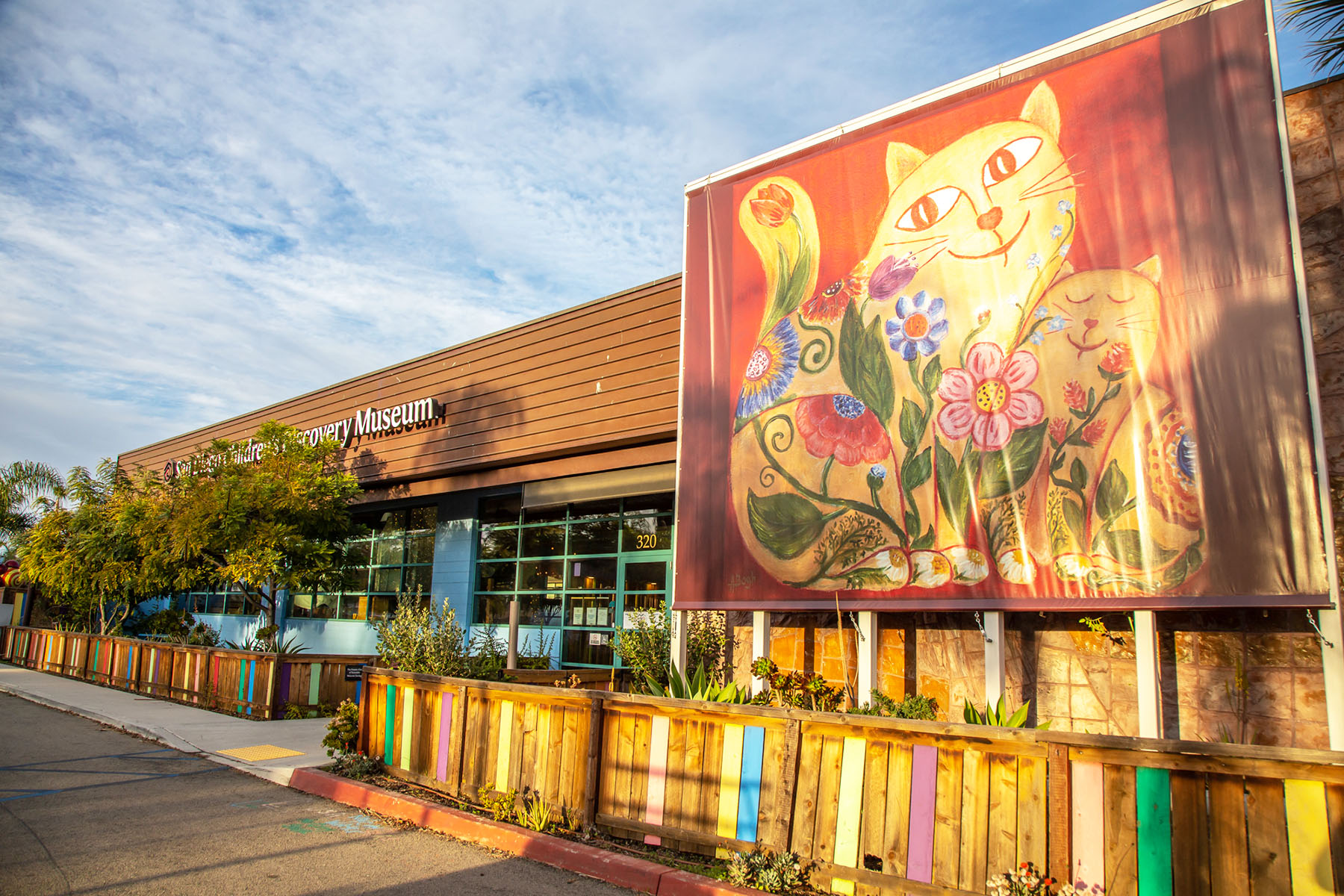 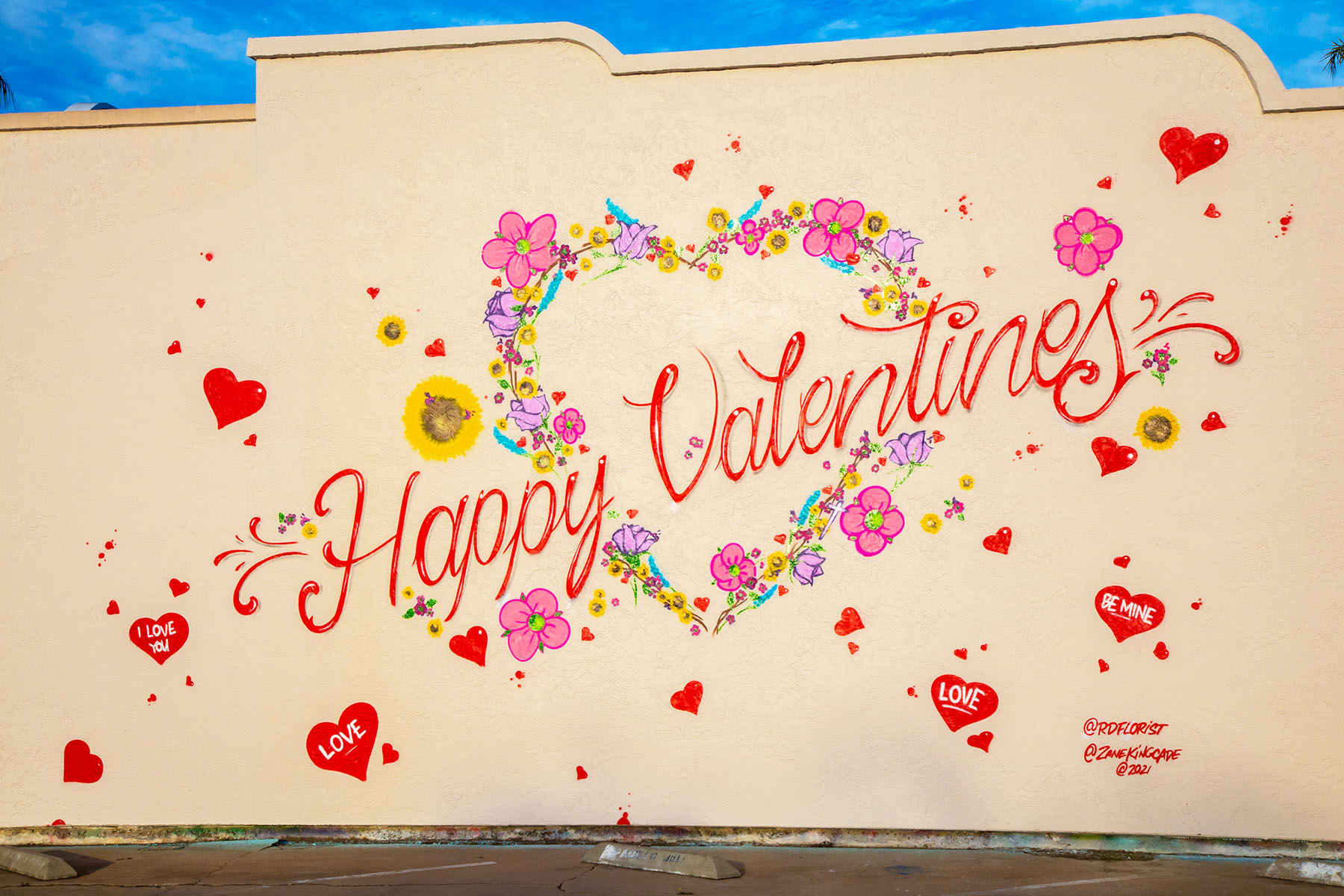 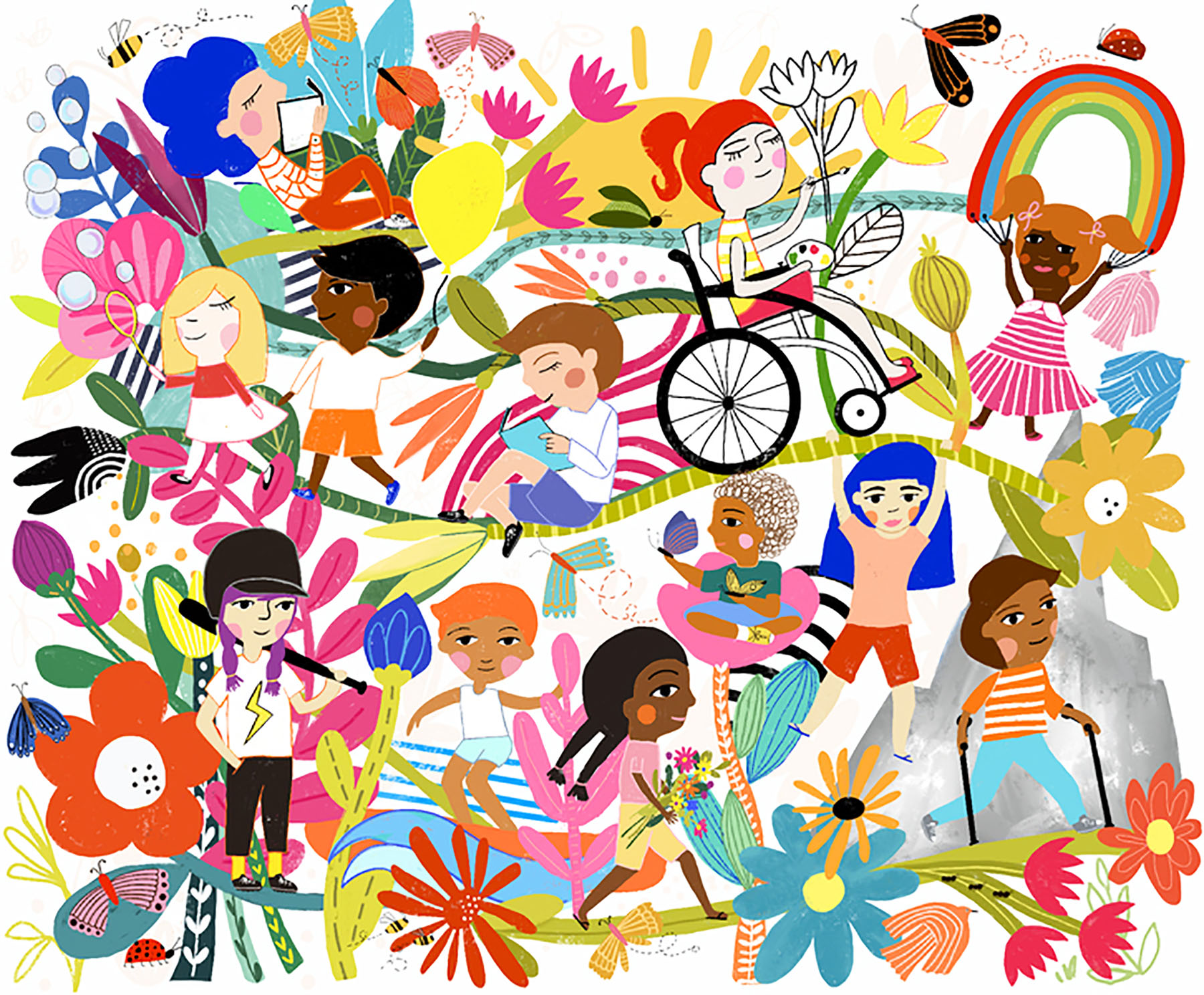 Children’s Discovery Museum #2: The newly hung mural titled “Our Journey Together” by San Diego artist Mollie Garre is the second winner. It will be on display for 6 months. 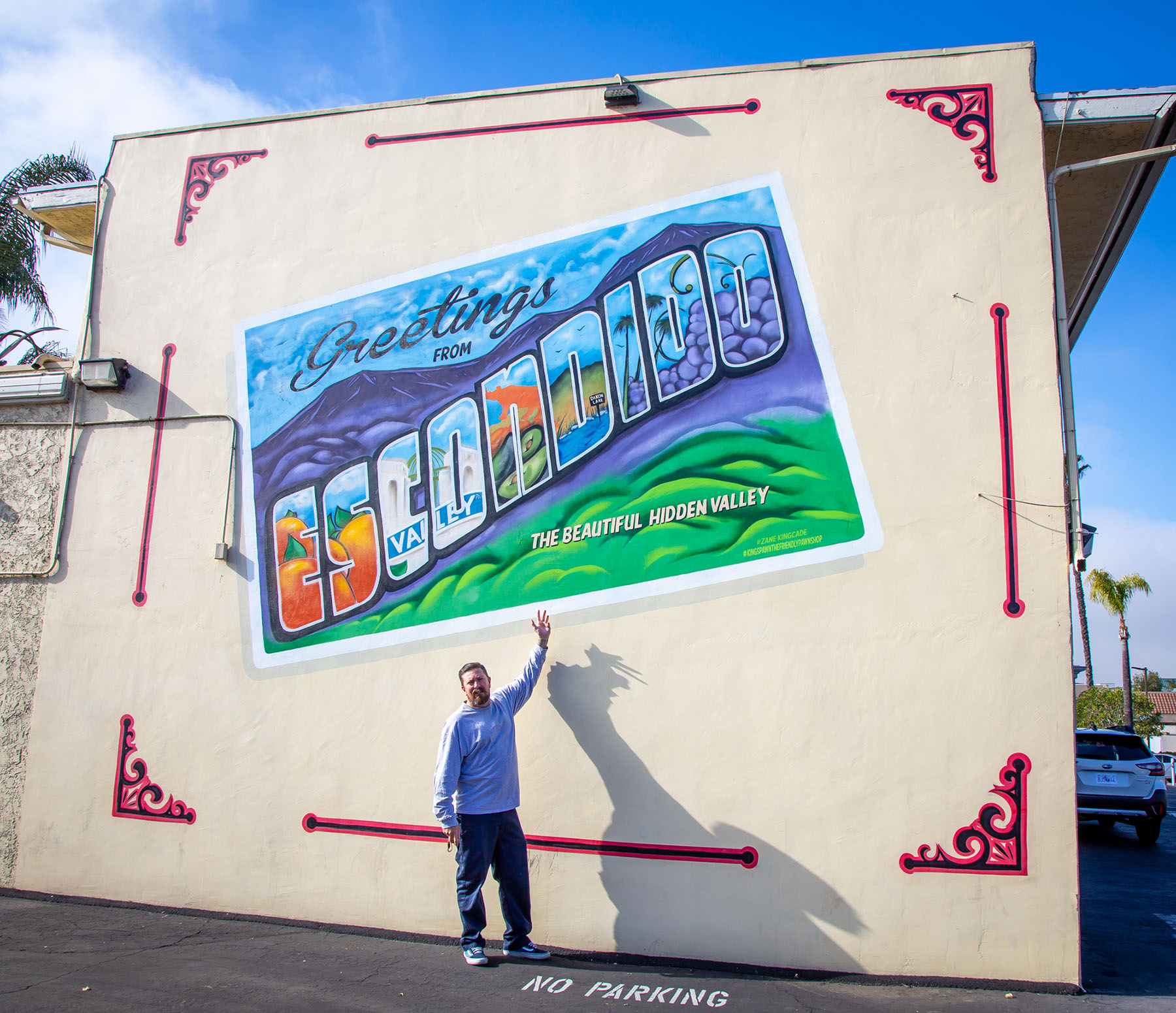 King’s Pawn pawnshop East wall with artist Zane. This image is used by the City and the Chamber of Commerce on their websites. 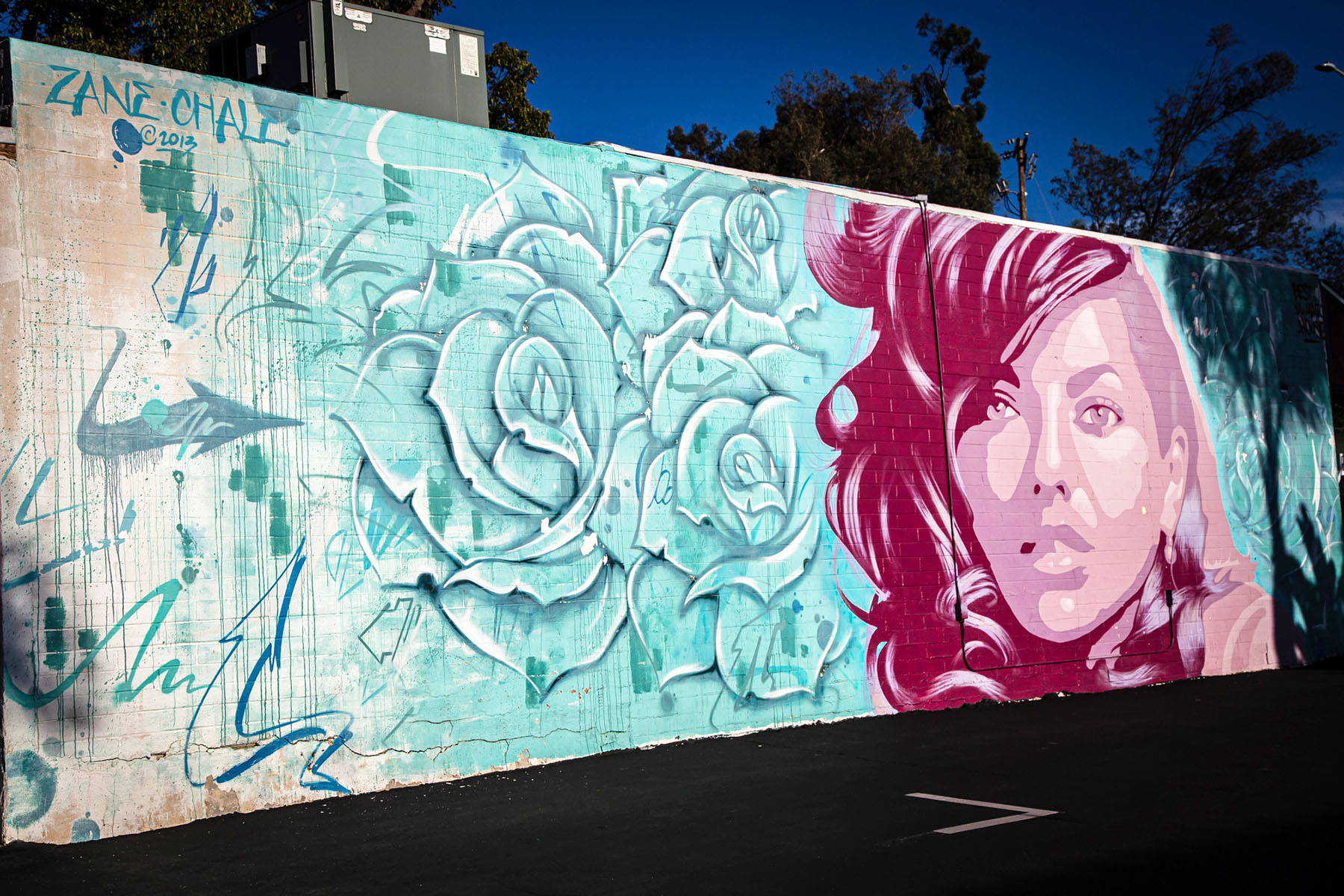 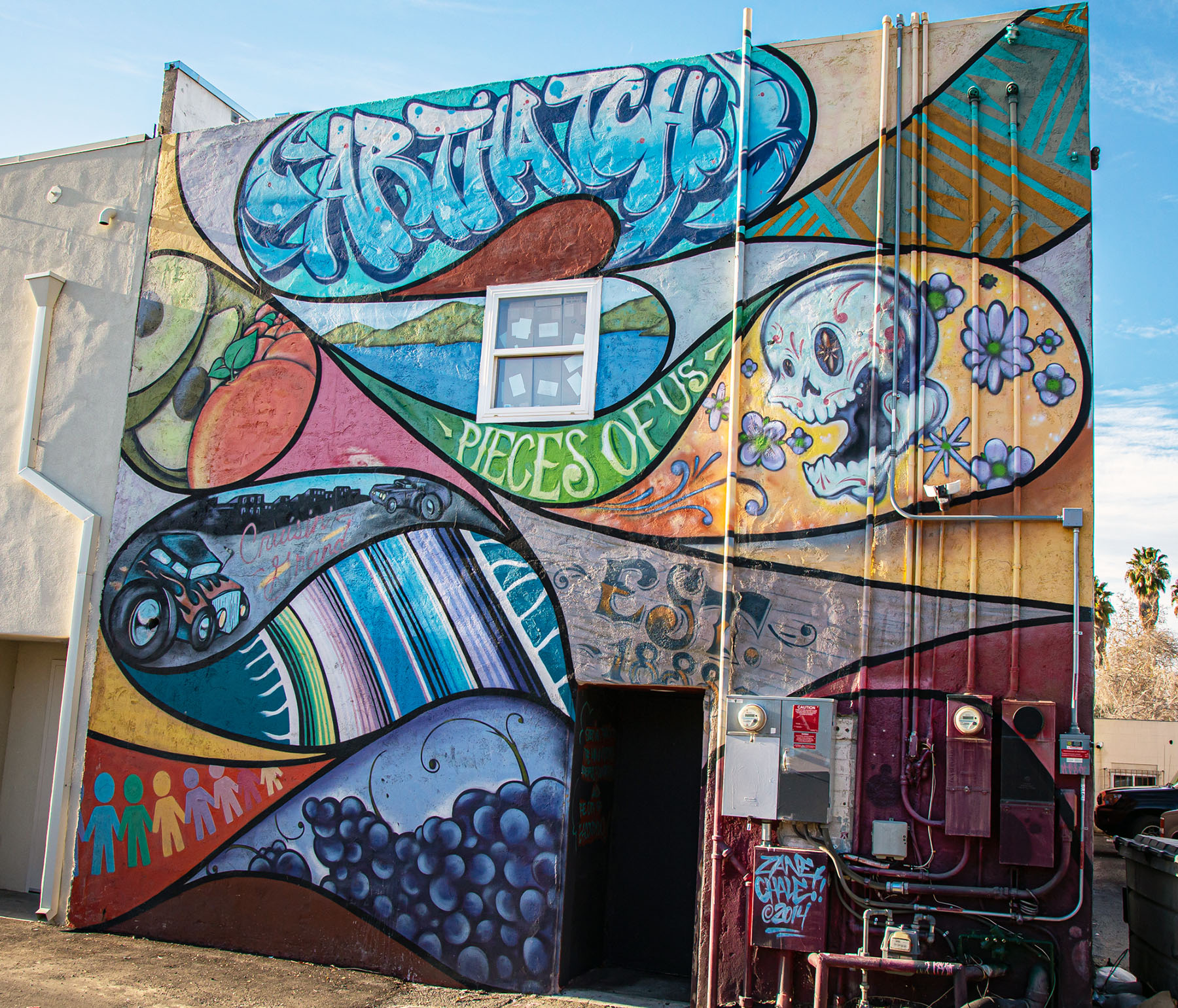 Behind the ARtHatch Building on the south facing wall in the alley. Mural by Zane.

2 responses to “Walls that unite: a tour of the city’s iconic murals”