Waldron tours what will be Western Hemisphere’s largest desal plant

On July 21 Assemblywoman Marie Waldron of the 75th District and some of her staff toured the Carlsbad Desalination Project that is due to come online sometime next year. The $1 billion plant, being built by Poseidon Water, will be able to treat 50,000 million gallons of seawater a day, enough for 300,000 thirsty people, making it the largest desalination plant in the Western Hemisphere.

Waldron was impressed by the massive filtration bays where, using reverse osmosis, the salt will be removed from ocean water. The filtration process is “salt neutral,” meaning that it doesn’t put more salt back into the ocean than is there to begin with.

Waldron’s staff is focused on servicing the needs of her constituents. “We try to be the very best office in the state,” says Jayme Chick, Waldron’s chief of staff. 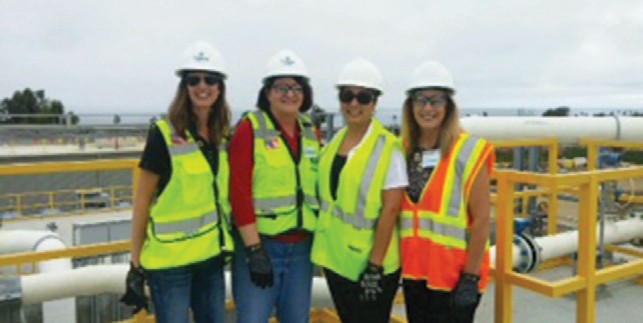 your reporter enjoyed some bread pudding and a café mocha and Waldron’s staff shared a variety of pastries.

Recently the office assisted a constituent who had a complaint with the EDD (Employment Development Department). “No one would help her,” said Chick. “It took us a month. She was owed fifteen thousand dollars and she was about to lose her house, but we were able to get a positive resolution on her claim.”

She added, “If it’s a legitimate gripe and we can help we will do it.”

Stinson added, “New issues come up all the time. Sometimes you have people who are at their wits end and don’t know what to do.”

“Every day is a different day,” added

Joyce, with a smile.

It’s not a good idea to just “show up” at the Escondido District office.

Because of security concerns, your best bet is to make an appointment.

Often issues can be handled over the phone. 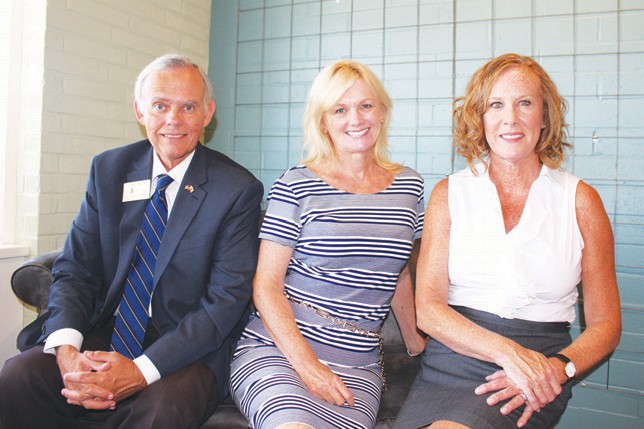 Waldron get a recess from their legislative duties. During this month long recess Waldron has returned from

Sacramento to meet with constituents and find out what their concerns are.

According to Chick, who spends most of her time in Sacramento, “Assemblymember Waldron is concentrating on district issues.” There will be one more month long session in

September, and then the legislature will adjourn until January.

During that month long session there will be special extraordinary sessions devoted to healthcare and transportation, specifically the need to fund more highway and road infrastructure such as bridges.

Stinson noted that the increased taxes approved by voters recently produced $7.5 billion in surplus funds, which the legislature decided to spend on entitlements.

“So we can probably give the majority an excuse to try to raise taxes,” observed the aide.

Chick added, “Marie is really concerned about the medical reimbursement issue for Medical.” Many doctors are refusing to take Medi-Cal because they are not reimbursed enough to cover their expenses. California has cut the amount it is willing to pay by from 10-15%.