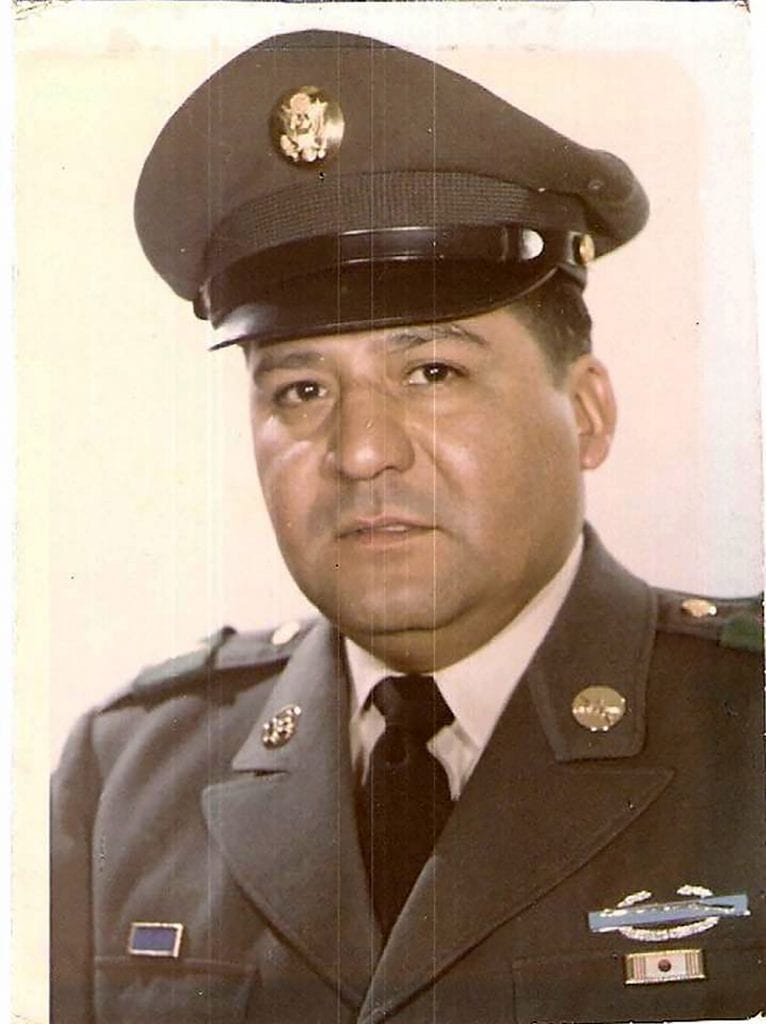 Mr. Ravago is survived by his stepchildren Fawn and Nanette, sisters Ruth Tuomi of Escondido, Jeannie Long of South Dakota and brother, Larry (Skidro) Ravago of Arizona. He will be missed by countless nephews and nieces too long to list.

Victor Ravago began a long and faithful military career with the United States Army beginning in 1946 at the young age of 15.  It took the military a little over a year to figure out he’d lied about his age and he was discharged only to reenlist in 1947 for four years and again in 1953. Staff Sergeant Ravago attained his grade on September 1, 1966 and retired in 1968. He served the United States Army faithfully, boldly and fearlessly for 20 years fighting in WWII, Korean and Vietnam wars.

“Uncle Victor” or “Uncle Tito” was a colorful, outspoken character. Any one of his beloved nephews or nieces can share fond stories of him and their times together. His humble beginnings during the Great Depression often found him shining shoes or collecting scraps from the butcher shop to help his family. This no doubt aided his incredible survivor skills while being shot down in Vietnam or  MIA in Korea.

He looked forward to being around his nephews from Pala and enjoyed his weekend excursions at the casino wreaking havoc. A well-known figure at the American Legion, he appreciated spending time with his friends. Mr. Ravago loved watching old Western movies and was very proud of his DVD and VHS collection. On holidays he’d pass out pounds of fruit cake, steaks and meat and cheese crudité from Omaha Steaks to his friends and family. Anyone who knows any of them have shared in the bounty.

Victor Ravago will be remembered and celebrated by his family for generations to come. His love, stories, service and heroism will not soon be forgotten.