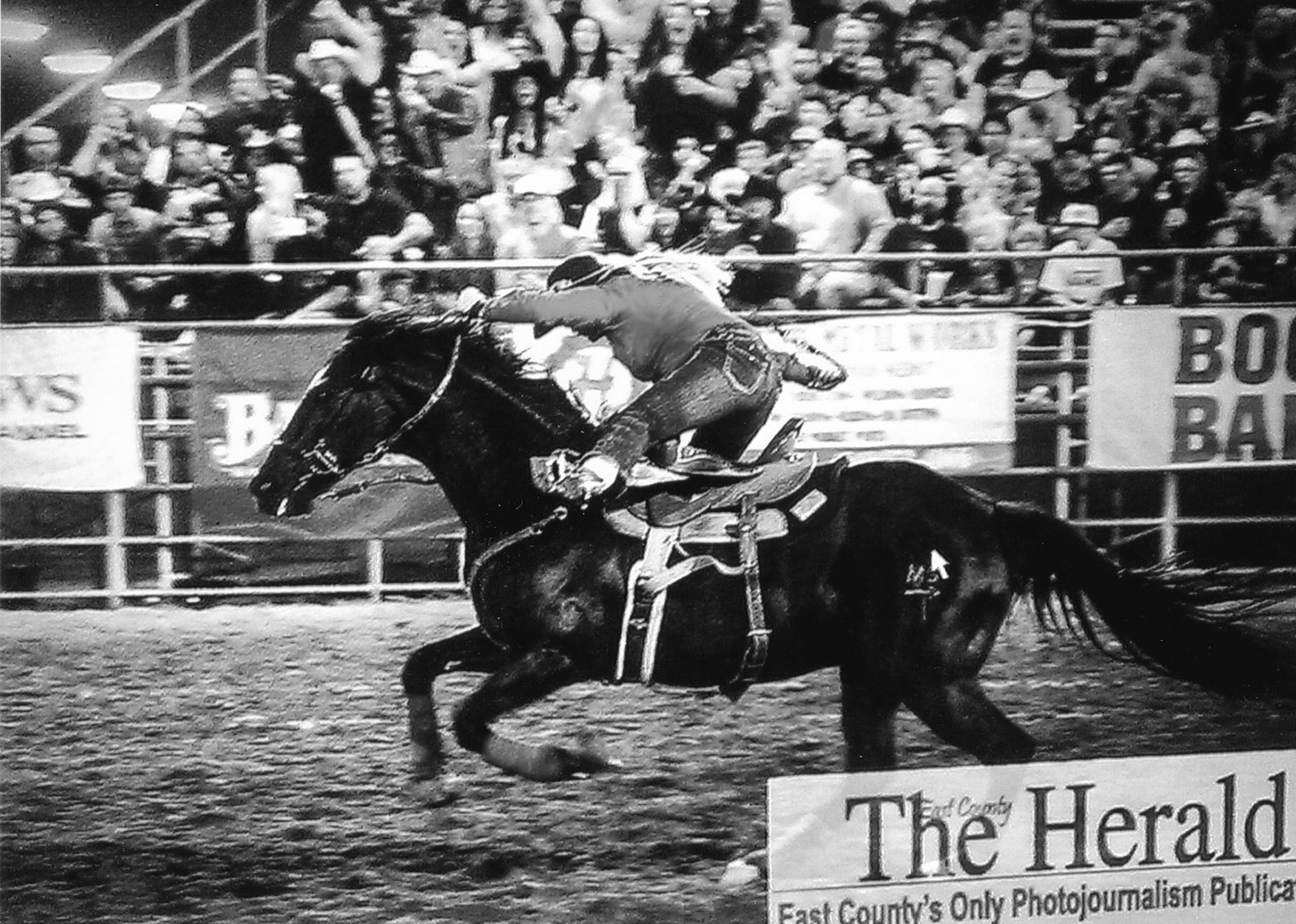 She went there after participating in this year’s Lakeside Rodeo where she competed in Junior Barrel Race, where she had the fastest time.

The 17-year-old Copeland posted a time of 17.35 seconds on her April 17 run, giving her the fastest Junior Barrel Race time of the April 17-19 Lakeside Rodeo. Mikayla Brown had the second place time of 17.48 seconds.

“It was really exciting,” Copeland said. “It was a nice surprise.” She added, “I wasn’t planning on winning.” Copeland rode Fergus, a 15-year-old quarter horse she obtained in December.

“He’s a new horse, and I’m just getting used to him,” she said. “It was really amazing my horse ran really good.”

“It was really such a blessing. It’s always been a dream of mine to do that professionally, so being able to run in an actual rodeo is super,” Copeland said.

The Junior Barrel Race competitors qualified in a March competition at the Lakeside Rodeo Grounds. Copeland was the fourth of the four contestants in the April 17 Junior Barrel Race. “I just felt really good that night,” she said. “After we came around the third barrel coming home I knew we had made a good run,” Copeland said. “It was just really a blessing.”

Copeland was still learning how to run courses with Fergus. “He always gives me 100 percent,” Copeland said. “He just really works for me and I was so proud of him for doing that.” Copeland is a lifelong Valley Center resident. She has been involved in Barrel Racing competition for approximately seven years. “I’m giving all the glory to God,” Copeland said of her win at Lakeside.

Chloe has lived in Valley Center all of her life at the Copeland’s horse ranch where she trains horses and gives lessons. She is very involved in Awanas (as a teacher) and at her church, Pauma Valley Church, where she teaches Sunday School. She has been an honor roll student since seventh grade.