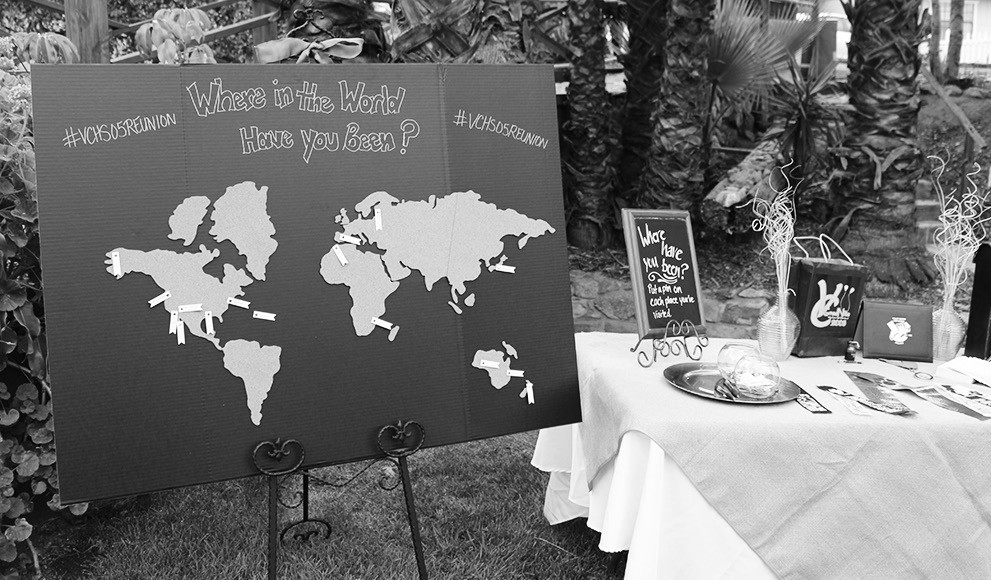 The map shows where in the world classmates have visited since graduating.

About 125 alumni attended. They did memorial autograph pots for both James Cottrell and Ashleigh Roach. They had a station where people wrote a letter to themselves for the 2025 reunion. There was also a map of the world where people pinned where they’ve been.

Other activities included a mural displayed with things they had all written at grad night ten years ago and a photo booth.

Each attendee was given a 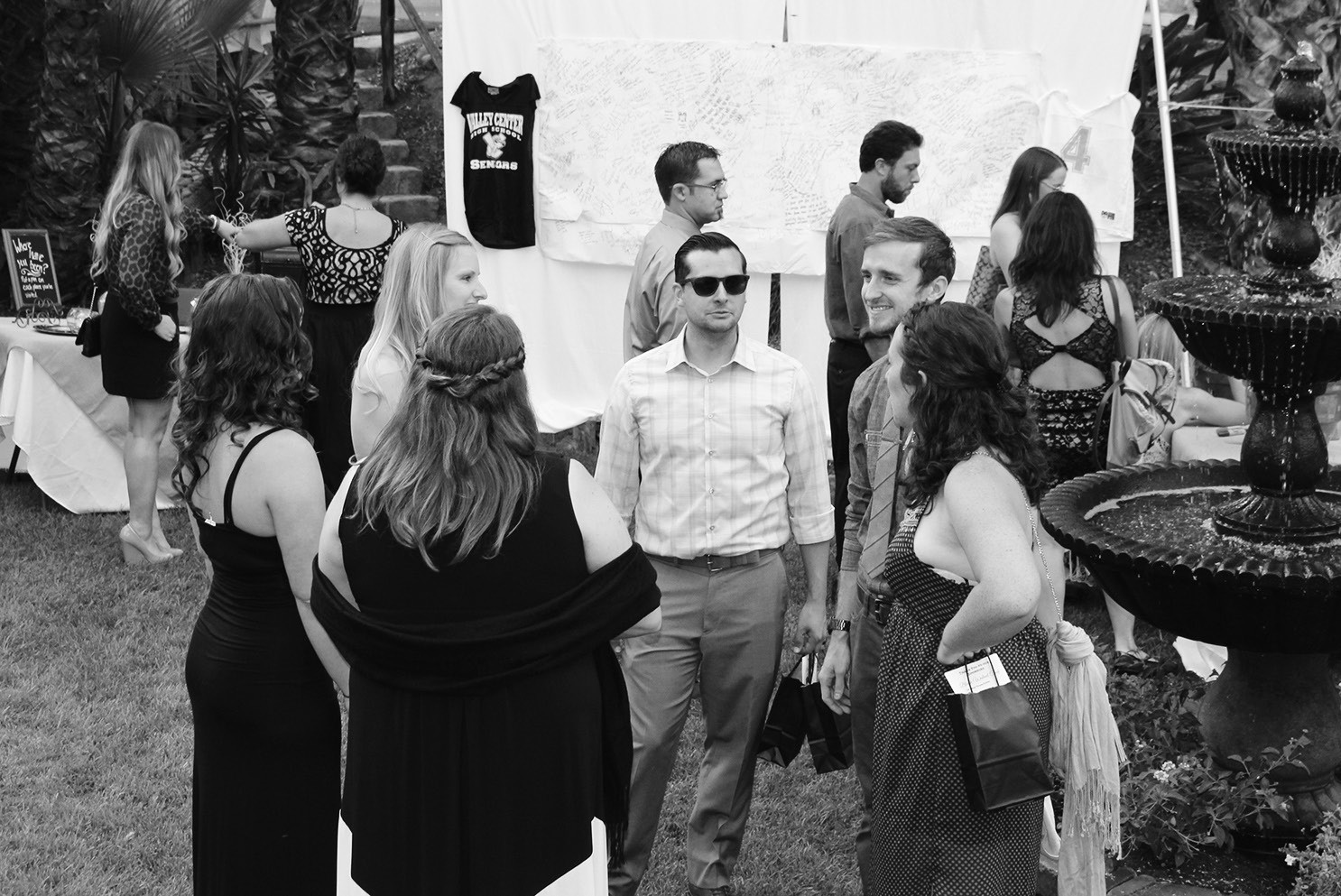 Alumni gather for cocktails and to catch up with friends that many of them have not seen for years.

swag bag with a custom pint glass printed with the reunion logo.

For those who couldn’t make it in person they did a live Google hangout.

According to organizer Jeana Boulos, “The event went so smoothly, the weather was perfect and we all had a blast. It was so nice to reconnect with and catch up with all our classmates. They came from all over the United States from as far as Washington DC and Florida.”