VC student is a musical “All-Star” 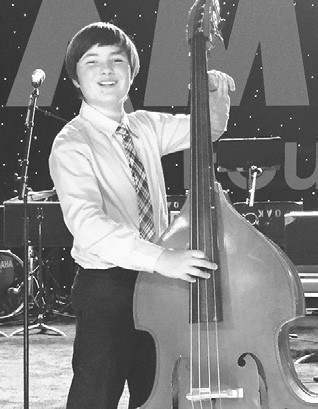 The Southern California Band and Orchestra Association recently held auditions in L.A. looking for the best middle school jazz musicians in Southern California. Hundreds tried out for the limited positions available in the “Middle School Jazz All Stars.”

Brendan Beck auditioned on electric bass and the acoustic stand up bass. Shortly after his audition, Brendan was notified that he was the #1 bass player and would be performing with the “Middle School Jazz All Stars.” He performed twice at the NAMM Show (National Association of Music Merchants) on January 24.

He performed multiple jazz bass solos with the “Jazz All Stars” on the outdoor “Venue” stage and an evening performance on the California Ballroom stage in the Hilton Hotel. Brendan’s final performance with the 2015 “Jazz All Stars” will be on February 23 at another well known jazz club in L.A. called “Don The Beach Comber’s”.