VC, Escondido residents object to redistricting commission lumping them in with bigger cities 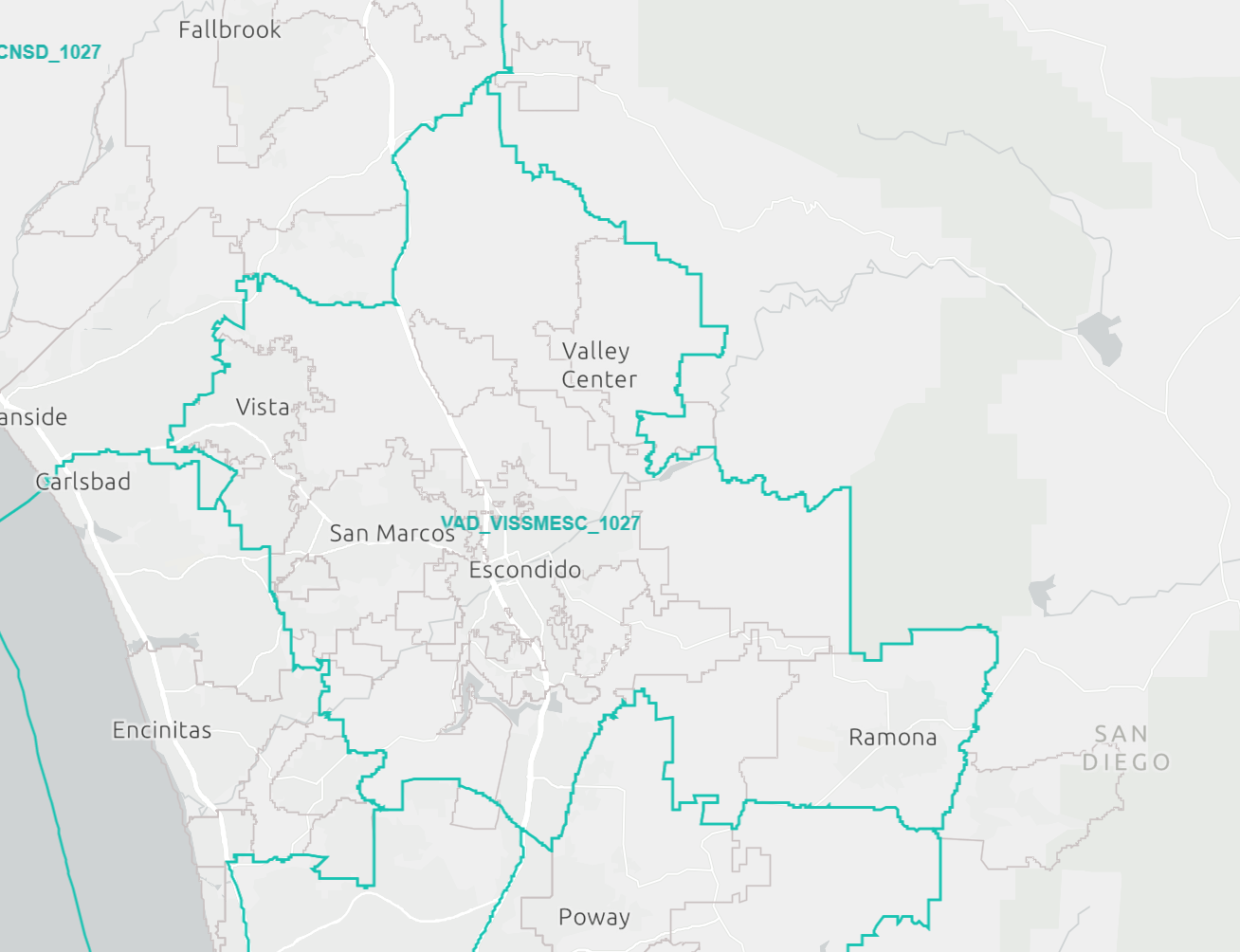 The original version of this story included information about the San Diego County redistricting process for the five Board of Supervisors, which is an entirely separate process from the process reported on here, which is to redraw the boundaries for the Congressional, state senate and assembly districts that includes Escondido. It also a referred to a meeting Monday, November 1 that concerns the County supervisor districts. That was in error.

This article doesn’t concern itself with anything other the proposed maps for the state offices. We regret the error and resulting misunderstanding.

Should Escondido and Valley Center be lumped in with more urban parts of the city of San Diego and Vista as congressional and state districts are created as part of the redistricting process?

This process will determine what district residents are in for the next ten years.

A group of residents who refer to themselves as the San Diego County Communities of Interest is opposed to Escondido and Valley Center being part of a more urban district plan to speak Monday to argue that Escondido and Valley Center should remain in the same district as Temecula, and the surrounding rural communities of Fallbrook, Bonsall, Pala, Pauma Valley, Hidden Meadows, and Rainbow , and remain separate from the more urban communities of Vista and San Marcos.

They argue that Escondido, VC and Temecula are agricultural communities that all have wineries, while Vista and San Marcos have no agricultural connection.

They also note that VC and Escondido share wildfire prevention concerns with Fallbrook, Bonsall, Pala, Pauma Valley, and Rincon that San Marcos and Vista do not; while connected to Temecula and the other rural communities, especially neighboring Fallbrook, by the 15 freeway.

The proposed maps can be found at the following links: click here

Another way to view the proposed maps is: click here 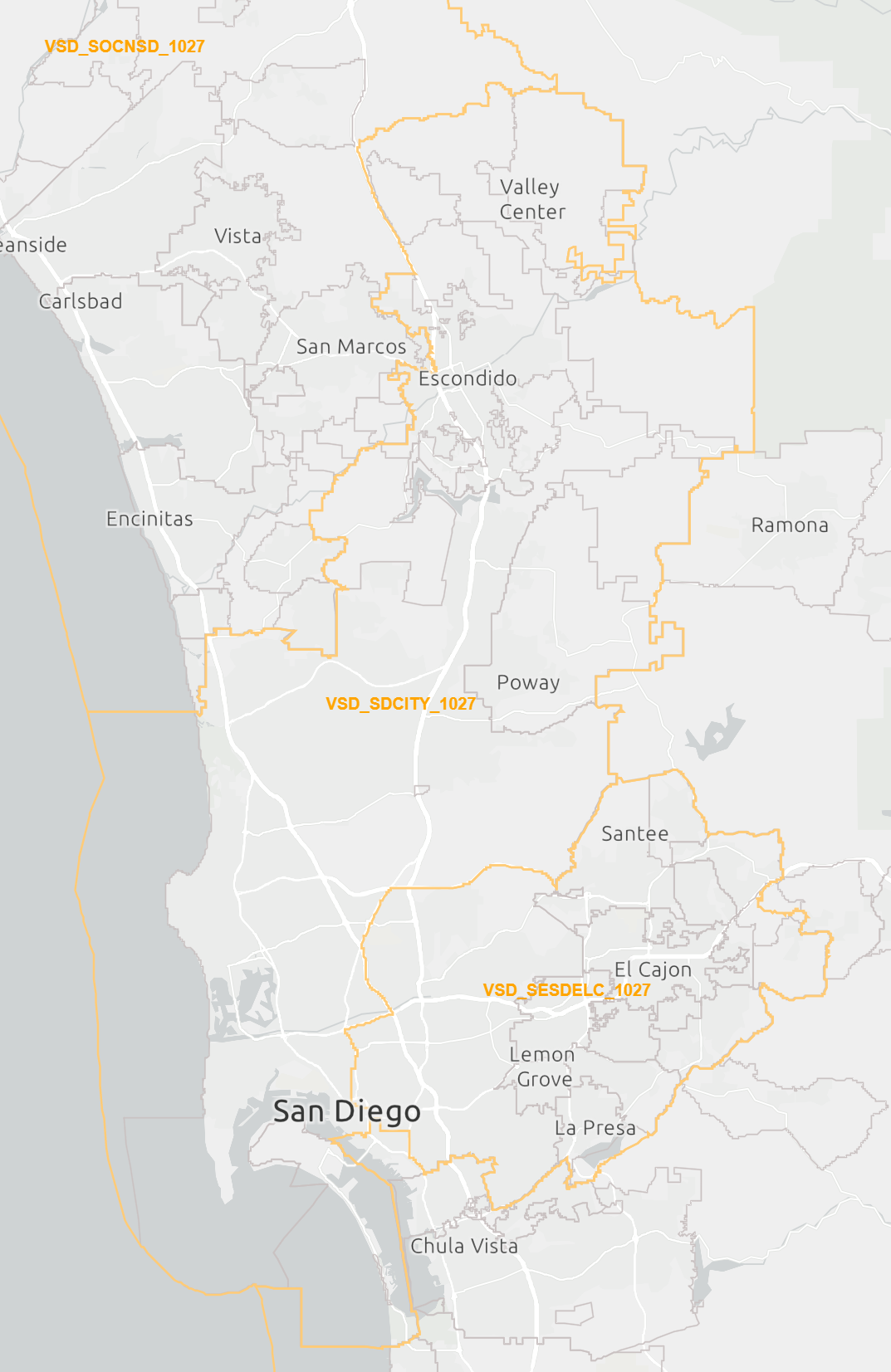 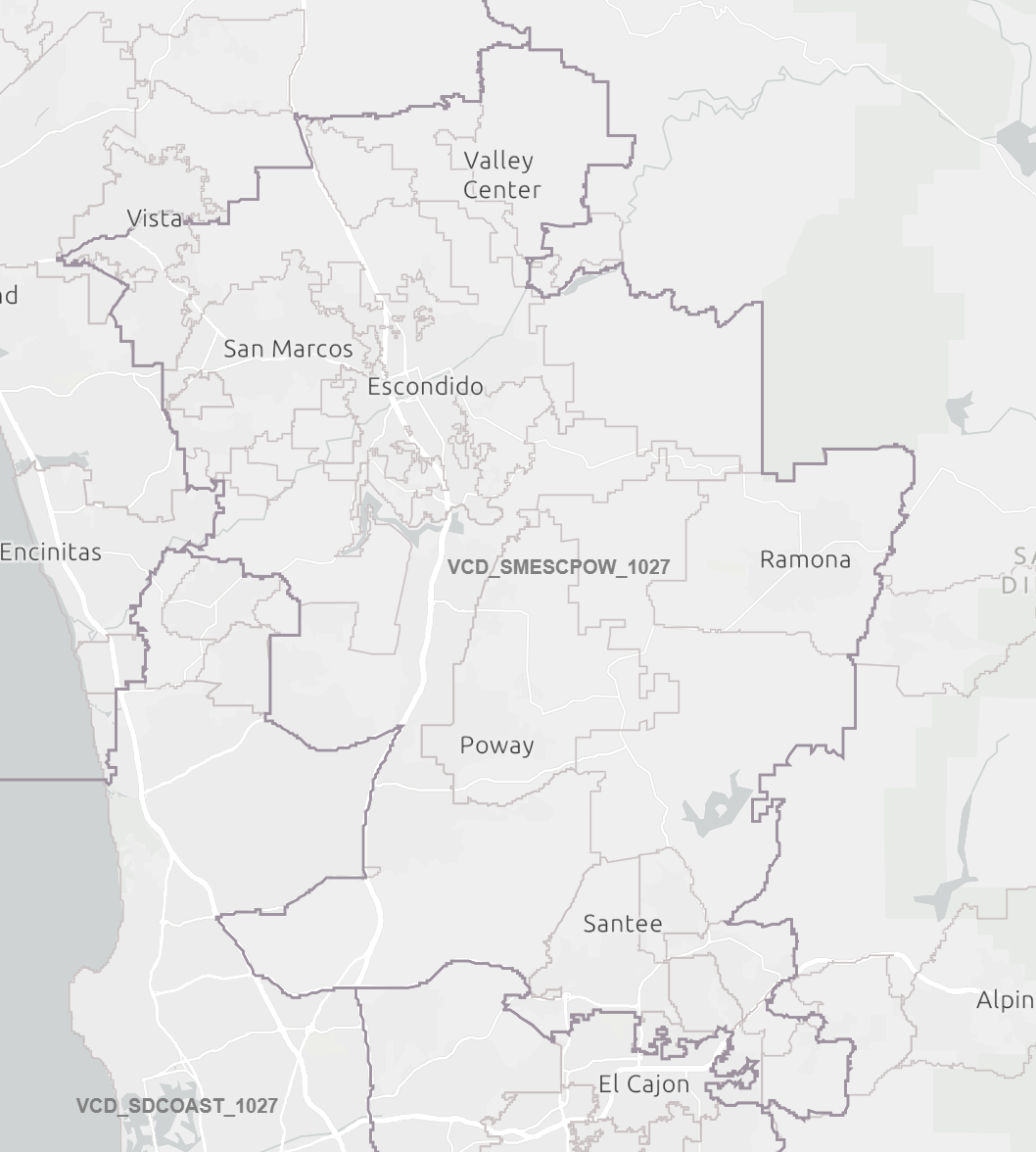