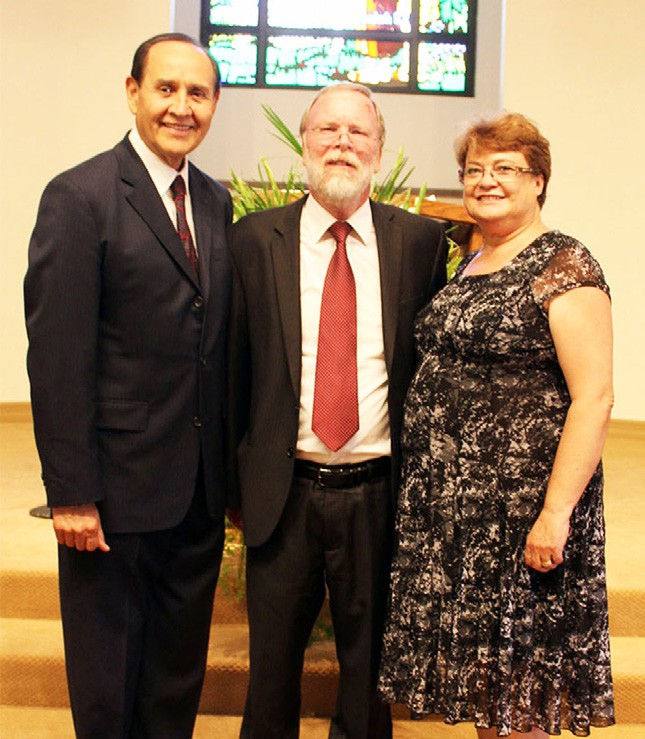 Dave Peckham was installed as pastor of the Valley Center Seventh-day Adventist Church this past weekend. This native of South Africa immigrated to the United States in 1991.

Dave Peckham is a son of Africa. He is one of five children born to missionary parents who served at Inyazura Mission in the then Southern Rhodesia – now Zimbabwe. He attended schools in Zimbabwe, South Africa and the USA.

He is a graduate of Greytown High School, the same high school his father graduated from in 1969.

Very early on in life he felt the call to a pastoral ministry. After graduating high school he attended Helderberg College in South Africa and graduated with a degree in Theology in 1973. He married his college sweetheart Cheryl in 1974.

He served as pastor and administrator in Seventh-Day Adventist churches in South Africa for 17 years and then immigrated to The USA in 1991.

He has pastored in the USA since 1991 working in Oregon, Simi Valley, Costa Mesa, Riverside and now Valley Center. He has served as both hospital Chaplain and Pastor.

He said, “We have two daughters Janeen Little and Melissa Peckham. We are blessed with three grand children Emma, Daniel and Amy. Both daughters teach in the Adventist school system. Cheryl is an auditor.”

He is also currently volunteer as a Chaplain for the Riverside County Sheriff’s department.