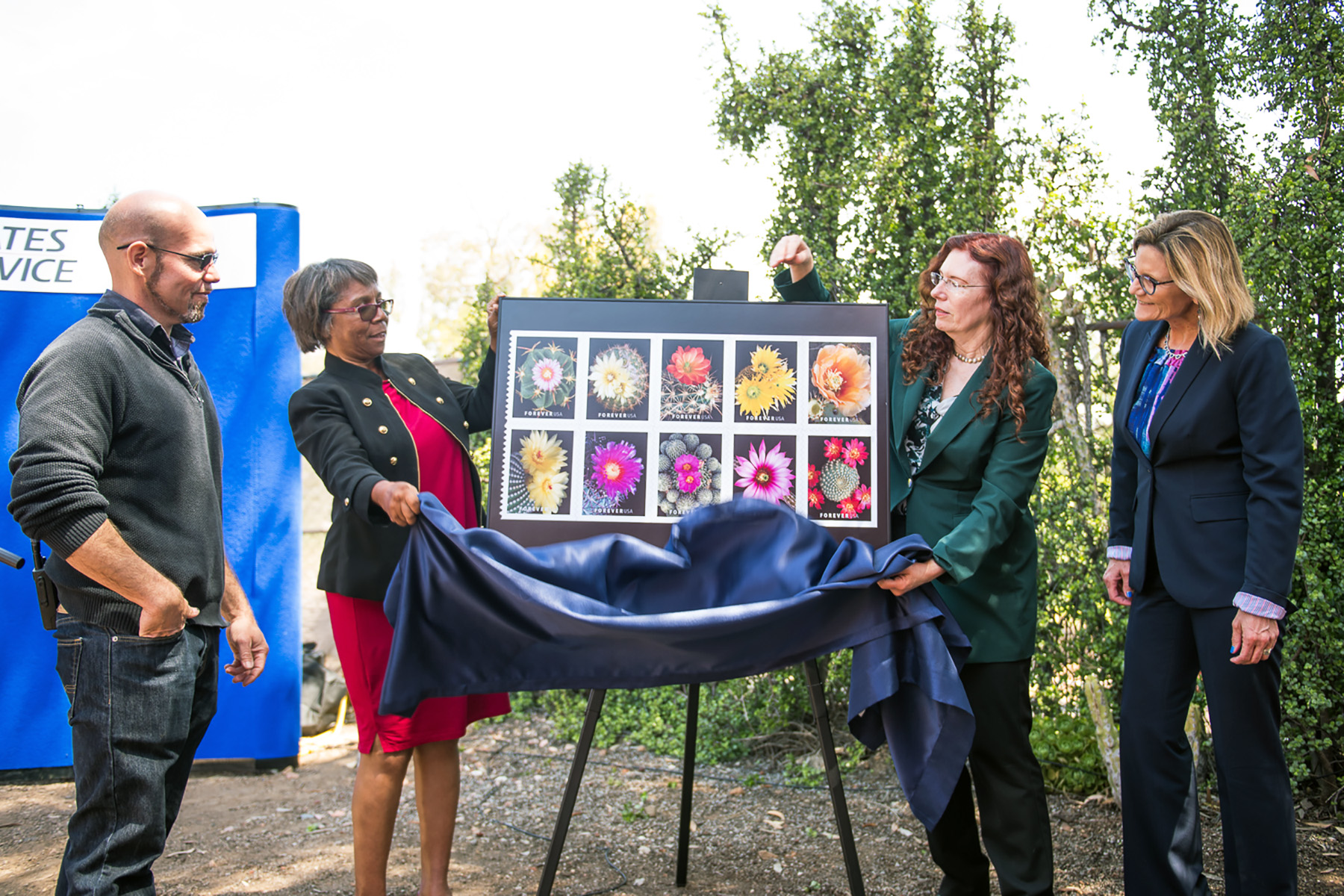 Surrounded by thousands of species of cacti and succulents at Palomar College, officials of the United States Postal Service (USPS) unveiled the Forever Cactus Flowers Stamp Series during a ceremony on Monday, April 15.

Held in the Palomar College Cactus & Succulent Garden, the event highlighted both the new collectible USPS stamps and one of most ecologically diverse sanctuaries of its kind in San Diego County.

Guests included Palomar College administrators, USPS officials, and members of the Palomar Cactus & Succulent Society (PCSS), the oldest organization of its kind in San Diego County. Established in 1964 by PCSS, the Palomar College Cactus & Succulent Garden exists on two and a half acres located north of Mission Road and east of Comet Circle in San Marcos. The garden is home to more than 4,000 species, including rare and endangered varieties, and is only open by appointment.

“Palomar is so fortunate to have areas around our campus that serve as sanctuaries for contemplation and respite for our students, faculty, staff and community,” Palomar College Superintendent/President Dr. Joi Lin Blake said during the ceremony. “This small garden may be the most unique of its kind in San Diego County. This is an opportunity to further educate the community about the importance of preserving our natural resources. We thank the U.S. Postal Service for choosing the Palomar Cactus & Succulent Garden to unveil their stamp series.”

Sold in post offices as booklets of 20, the new “Forever” stamps feature 10 distinct cactus blossoms, and were designed with photographs by John P. Schaefer, who with Ansel Adams cofounded the Center for Creative Photography at the University of Arizona.

“Cacti in bloom have been described as ‘Mother Nature’s fireworks,’” said Lisa Baldwin, the USPS San Diego Postmaster. “We would like thank Palomar College for hosting this stamp unveiling within their celebrated Cactus and Succulent Garden. The opportunity to showcase both the new Cactus Flowers stamps and the amazing horticulture found in these gardens was a perfect match. It is so beautiful and peaceful here.”