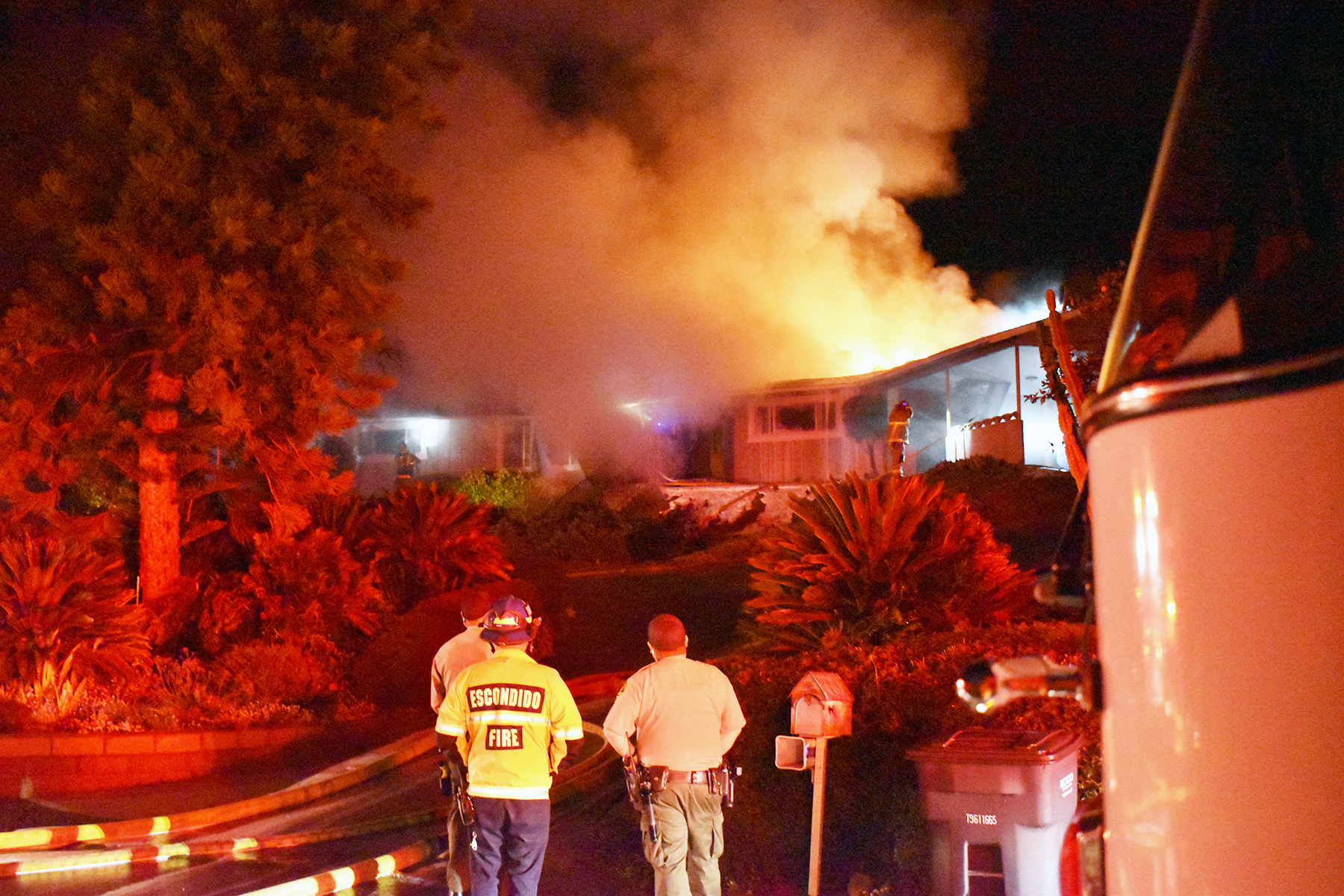 Structure fire at the 2000 block of Verde Via. Photo courtesy of Escondido Fire Dept.

On March 3, at about 3:45 a.m., the Escondido Police and Fire Communication Center received a report of a possible fire in the area of the 2000 block of Verde Via and dispatched a structure fire response.

While responding several fire units reported a large glow and visible flames from a distance. The first arriving engine reported a single story, single family residence with a large amount of fire already burning through the roof. Because the fire had already burned through and compromised the structural integrity of the home, the fire was fought defensively from the outside. The fire was contained and controlled in approximately 60 minutes. The home was not occupied at the time of the fire. Fortunately, there were no injuries to firefighters or civilians. A gift card from the California Fire Foundation was provided for immediate emergency aid to the homeowner.

5 fire engines, 1 truck company, 1 rescue ambulance and 2 Battalion Chiefs responded to the fire. Escondido Fire was assisted by San Marcos Fire. The cause of the fire is under investigation.