University forced to do online classes 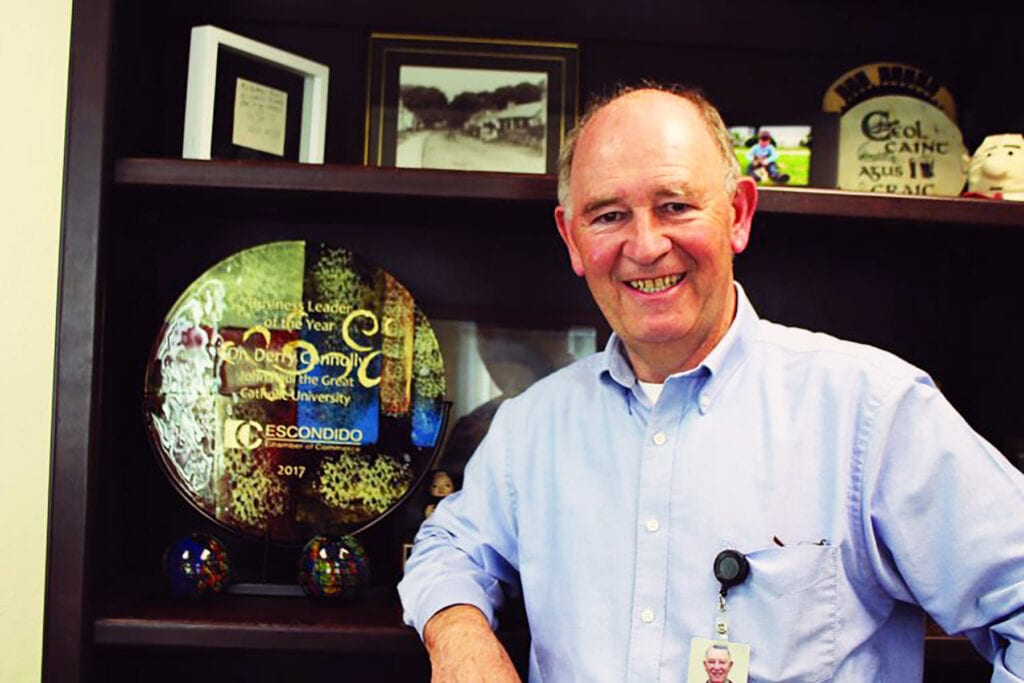 ‘What was true isn’t true anymore’

John Paul the Great Catholic University, the Escondido-based university that was prepared to offer in-person classes as the new semester commences, this week quickly had to retool and retreat in the face of a changing County policy.

Derry Connolly PhD, president & professor of business at JPCatholic, told The Times-Advocate, “The County had OK’d in person classes. A week later they changed their mind. We have to go back online. What was true isn’t true anymore.”

He added, “It’s extremely frustrating! Most of our 250 students have returned to Escondido. All of these guys were going on the information that we had shared and which the county had posted.”

So once more the university’s halls will be empty, although school officials can continue to operate out of their offices along Grand Avenue. “We just can’t have any kind of student gatherings,” said Connolly.

If this seems to fly in the face of the announcement by the State Superintendent of Public Instruction Tony Thurmond who on June 8 released “Guidance for Safe Reopening of California’s Public Schools” which the university took to mean provided a path for reopening.

So did the County, apparently, and the San Diego County public health office (SDCPHO) issued a press-release announcing their approval for the reopening of colleges and universities as early as June 12. The university immediately communicated this approval to students and faculty.

However, the SDCPHO changed its public statement and in-person higher education classes is now not allowed. The County is awaiting guidance from the State for the reopening of higher education

With classes limited to online instruction, how is the quality of learning impacted?

“I break the students into two categories,” explained Dr. Connolly. “The gutsy and extremely driven can learn either way. But there is a significant percentage of the students who thrive in community. They are the ones that concern me.”

He believes the two groups break down about fifty-fifty. “It’s different for older people,” he said. “If you are 30-plus, you have a pretty defined agenda, but the huge challenge for college age kids is that they are in the growing up process, disciplining and learning which way is up.”

The online requirement could have a devastating effect on the university’s signature film production courses. “They face much difficulty,” said Connolly. “We have some classes this quarter that are pretty hands on. Professors are trying to figure out how to do that. I think many are hoping that this delay will be short term—and that in two or three weeks we will be open. That is the expectation.”

Dr. Connolly is critical about what he calls, “one set of law for one set of guys and another law for another set of guys. Protesters have one set of law. I go to church on Sunday and see this enormous building that has almost no one in it because of socially distance and then see the enormous parades of protesters.”