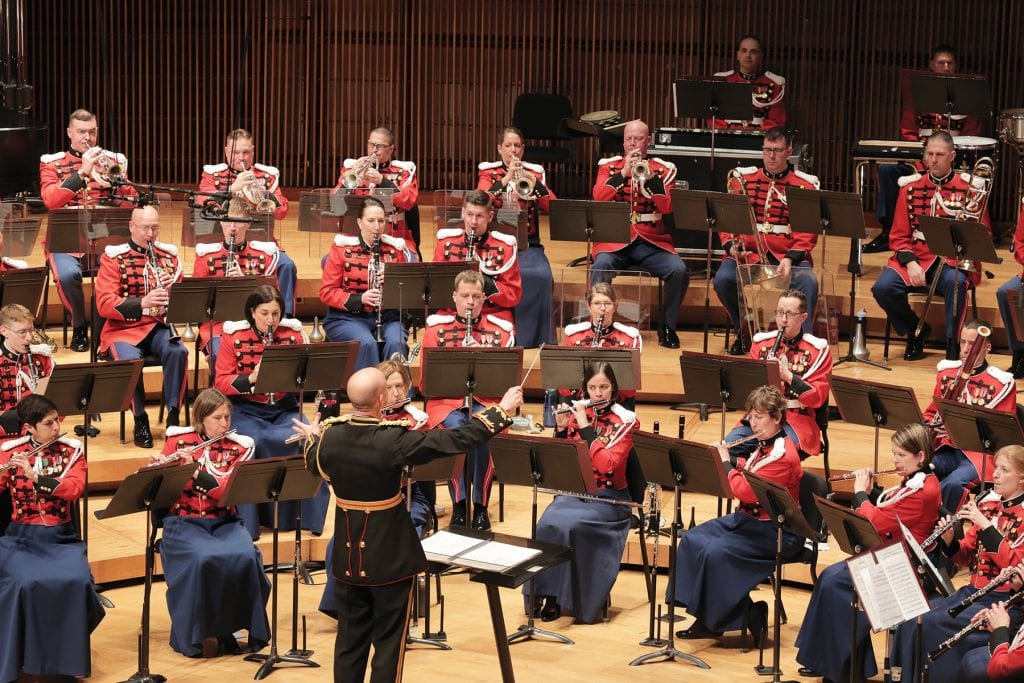 The President’s Own” United States Marine Band will visit the West Coast for the first time in ten years when it performs at the Center October 24.

A decade has passed since the scarlet coats of “The President’s Own” United States Marine Band last appeared on stages along the West Coast. However, on Friday, October 25, the band returns and will play a free concert in Escondido. The performance, held at 7:30 p.m. and will take place at the California Center for the Arts, Escondido.

Free tickets are available (limit four per request) by visiting Artcenter.org or calling 800-988-4253. Seating is general admission and ticket holders must be seated by 7:30 p.m.; remaining seats will be released to the standby line at that time.

In the style of the band’s 17th Director John Philip Sousa, who initiated the concert tour tradition in 1891, Marine Band Director Col. Jason K. Fettig has chosen a diverse mix of programs – from traditional band repertoire and Sousa marches to instrumental solos and a salute to the Armed Forces.

“We always try to highlight music on our programs that celebrates the region we are visiting, whether it be marches that provide a connection or folk music that might be associated with certain areas of the country,” said Marine Band Director Col. Jason K. Fettig. “We have tremendously appreciative patrons who come to Marine Band concerts for all types of different experiences, so our programs are designed to include a great variety of music that mirrors the wonderful diversity in our national musical heritage.”

By the end of the tour, the Marine Band will have traveled more than 2,000 miles along the West Coast, performing 28 concerts in 5 states, with stops in Washington, Oregon, California, Nevada and Arizona.

About “The President’s Own” U.S. Marine Band

The Marine Band is America’s oldest continuously active professional musical organization. Founded in 1798, the band has performed for every U.S. President since John Adams. Known as “The President’s Own” since the days of Thomas Jefferson, the Marine Band’s mission is to provide music for the President of the United States and the Commandant of the Marine Corps.