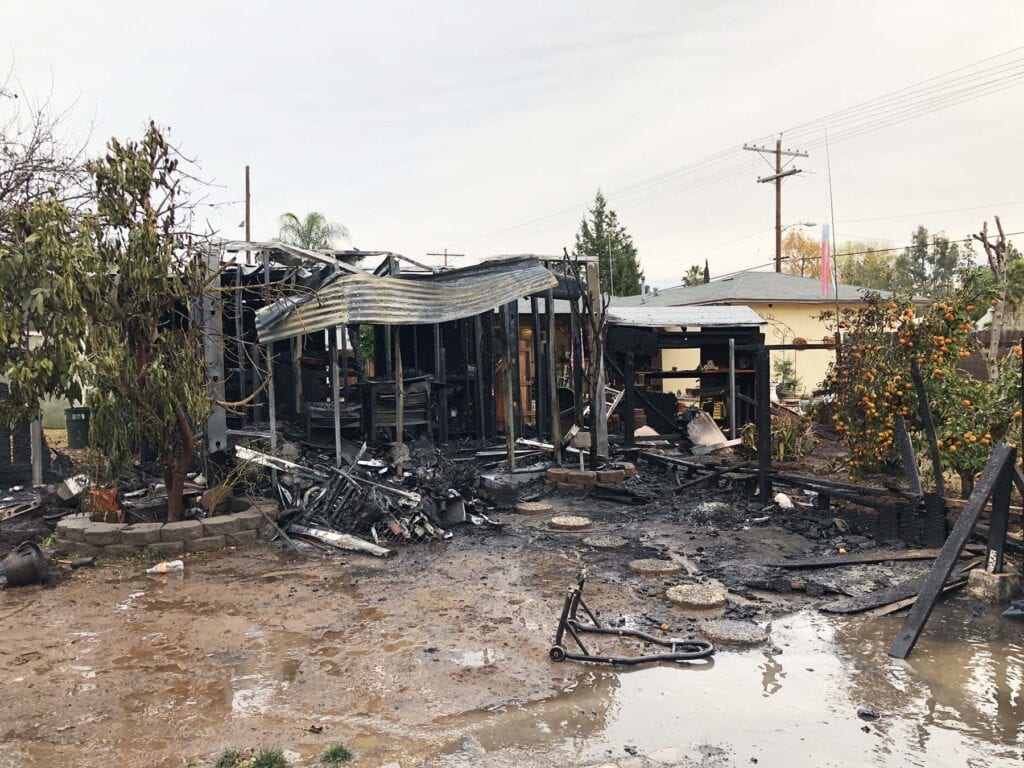 On Thursday, December 17, at about 6:51 a.m., the Escondido Police and Fire Communication Center received a report of a residential structure fire at 610 Fern St.  Responding units reported heavy smoke from a distance in the area of the reported location and requested a working fire upgrade response.

The first arriving firefighters found several large storage sheds fully involved with fire in the adjoining yards of three homes on Fern and Goldenrod Streets. In the early stages of the fire, there were reports of ammunition exploding that was stored in one of the sheds.

The fire was confined to the outdoor sheds and none of the residences were damaged. No residents were injured or displaced by the fire. Escondido Police responded and assisted with scene and traffic control. There were no injuries to firefighters.