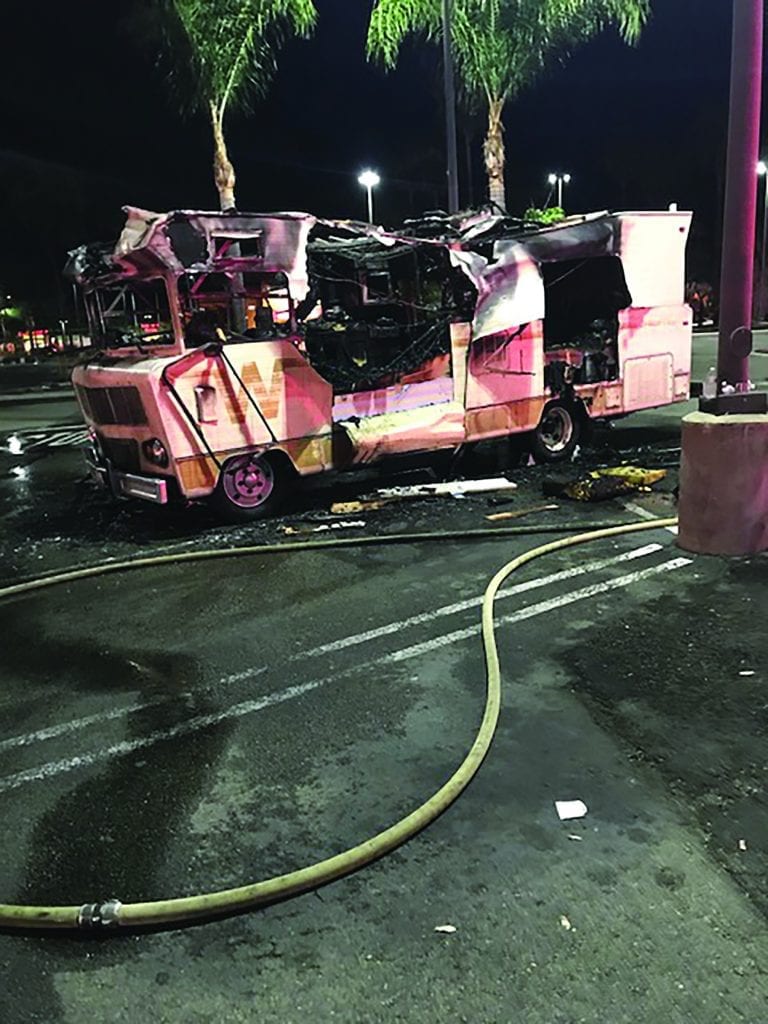 On Friday, May 4 at about 2230 hours, the Escondido Police and Fire Communication Center received a report of a fire in a parked motor home with possible victims inside located at 1509 E. Valley Pkwy.
The first arriving engine reported a large amount of fire and smoke coming from the motor home. Aggressive action by the firefighters contained and controlled the fire in about 20 minutes.
The motor home sustained major damage from fire and smoke. Two adult males evacuated the motor home as fire crews arrived however, both males sustained major burns to their bodies. There were no other injuries.
Three fire engines, one truck, two rescue ambulances, one Battalion Chief, and one Investigator responded to the fire. Escondido Police Units provided crowd and traffic control. The cause of the fire is under investigation.