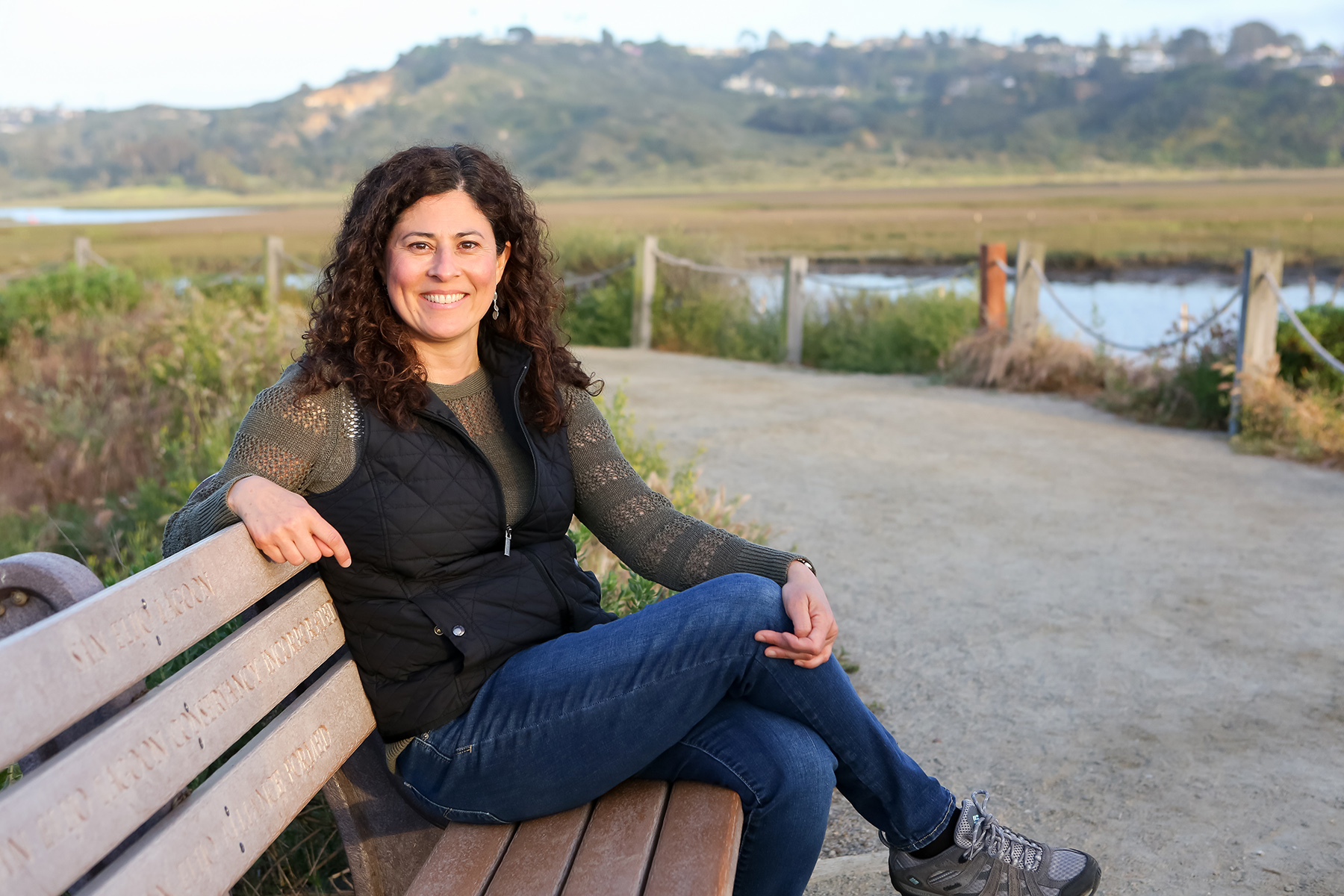 For Olga Diaz, a new assignment

“I love the mission of the board and it helps me stay connected to a passion project,” she said. “The next-closest thing I can do to contribute to the re-envisioning of this creek is to serve on this board.”

That re-envisioning would restore what first struck Diaz as a “a scar that ran through the middle of the city,” a concrete channel designed with the kind of elegance you’d expect from a mid-century engineering project where the solution to flooding was always concrete. Encased in a series of culverts and large pipes, the creek cuts a six-mile course through the incorporated city and includes nearly 100 acres along its alignment.

In 2008, the newly-elected City Council member organized a bike ride from one end to the other. About 20 people participated.

“At the time it was considered dangerous,” she said. “There was lot of chain link, razor wire, trash, homelessness…we were issued a police escort.”

Since then, Escondido has secured funding and laid plans to improve the corridor. One of the driving forces was a college student’s research that gave way to a vision plan and later a government-funded master plan that identifies bike a pedestrian paths, pocket parks, art installations, fitness stations and safety amenities at major thoroughfares.

In Escondido, the Conservancy backs a “Park Within a Park” plan at Grape Day Park to promote economic development and clean water by transforming existing blacktop into a greenway with trails, trees, native plants, and an amphitheater where people can gather to enjoy nature.

Another Conservancy proposal would introduce community vegetable gardens at various locations along the creek corridor.

All of this is important, Diaz said.

So is balancing the demands of a schedule that includes a full-time job as Director of Student Success & Equity at Palomar College. She also is pursuing a doctorate in Organizational Change & Leadership from the University of Southern California.

Her service on the City Council is in the rear-view but vision for Escondido Creek remains front and center.

“Someday I hope there’s a ribbon-cutting to open daylighted portions of the creek,” Diaz said.

“Escondido Creek should be a place people want to live next to.”

Adam Kaye is a freelance writer. Contact him at adam.kaye@gmail.com. 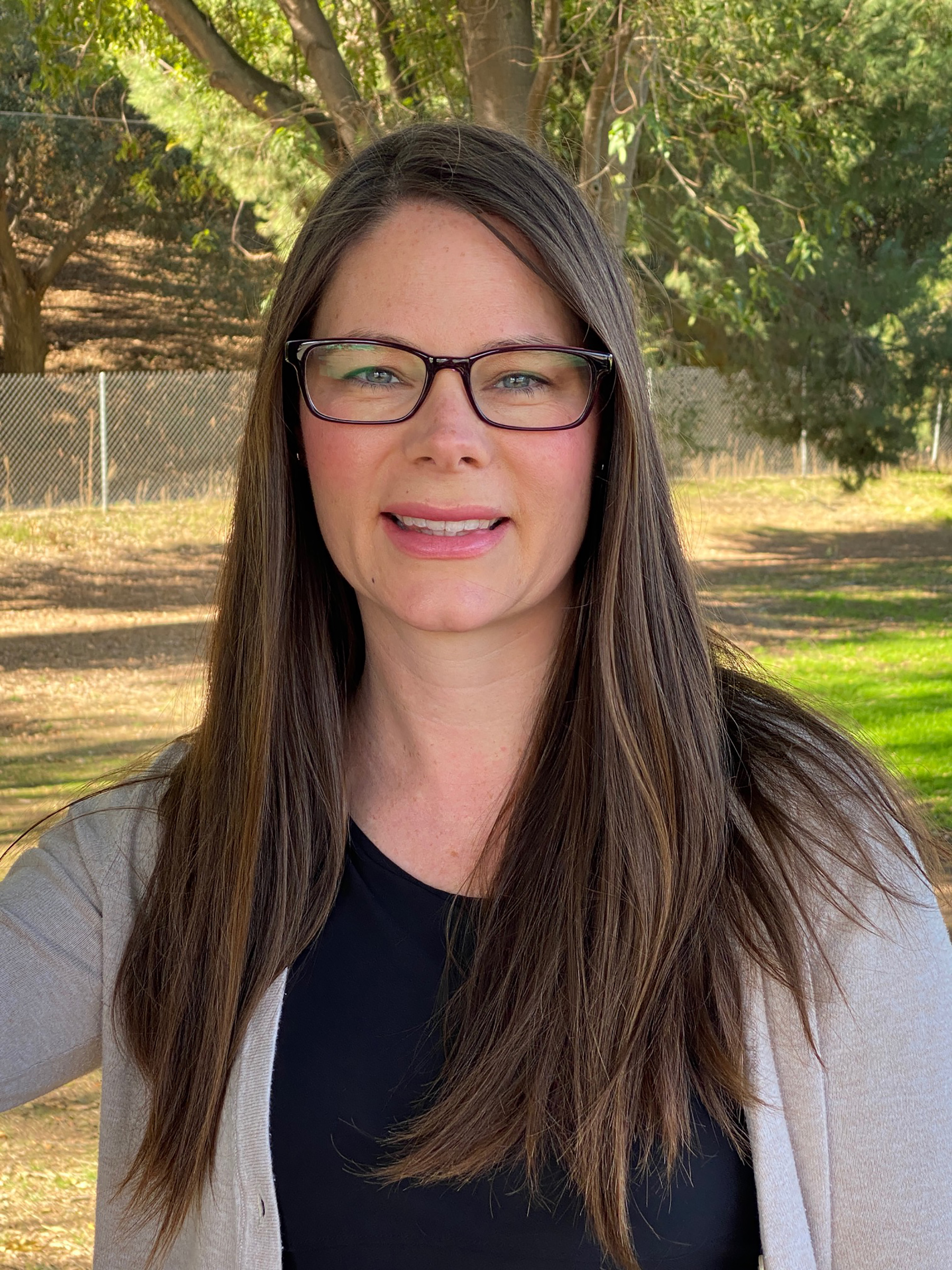 New board member is educational architect

One of the Escondido Creek Conservancy’s newest board members is a career educator and architect of Escondido Union School District’s Protecting Our Watershed: Inquiry to Action Program.

Krystle Miller created the framework to ensure that all schools had access to programs offered by the Conservancy and other groups.

For years, conservation organizations had brought programming to the district’s primary and middle schools. But the offerings sometimes overlapped and certain campuses in the 23-school district received no programming at all.

That changed in 2017, when Miller worked with the Conservancy and other partners to launch a district-wide consortium in which each partner would bring its programming to an entire grade level.

Under this strategy, the Escondido Creek Conservancy now provides a “Habitats” program for all third-grade students. During normal years, this arrangement introduces students to Elfin Forest for outdoor education with Conservancy staff; during the pandemic, the field trips have moved online.

“They have done wonderful, amazing things,” Miller said of the Conservancy’s education team. “It’s the students who are benefitting. How great is that?”

As a Conservancy board member, Miller hopes to expand educational offerings to the broader community. Beyond that, she looks forward to learning other aspects of the Conservancy’s work, such as land management.

An Escondido resident, Miller said serving on the Conservancy’s board will strengthen ties with community members in a city she loves.

A native of Fullerton, Miller moved to San Diego to attend University of San Diego, where she graduated with honors and earned a Bachelor’s degree in history and a teaching credential. She later earned a Master’s degree in teaching from National University.

In 2006, Miller began her award-winning career in Escondido as a seventh-grade social studies teacher at Mission Middle School. Her professional path led to Felicita Elementary School to work as a technology integration specialist. She later took a district-wide position as an educational technology specialist. Today, she works as a STEM teacher on special assignment.

She has developed science curriculum geared for at-home learning and has run a number of teacher training and professional development programs.

She also launched the Protecting Our Watershed: Inquiry to Action Program, which has expanded from its original third- through fifth-grade coverage to include kindergarten through eighth grade.

For some third graders, field trips with the Conservancy introduced them to the natural world for the first time.

“They got to go to Elfin Forest, which a lot of them didn’t know existed,” Miller said.

Another consortium partner, Coastal Roots Farm in Encinitas, introduces fourth-grade students to sustainable agriculture and farming practices that keep pollutants out of the watershed. Fifth-graders move on to learn about ecosystems and food chains with the Nature Collective, which manages the San Elijo Lagoon wetlands at the west end of the Escondido Creek watershed.

Earlier this month, during a journaling activity called environmental impact mapping, some fifth-grade students connected on Zoom with Miller, who transmitted real-time video of the Felicita campus on her phone.

“They were leading me around the school — I was hoping my Wi-Fi wouldn’t cut out — and they were pointing out the most amazing things: ‘Do you see that cardboard box? That’s a negative human impact. The cardboard will disintegrate but the plastic tape won’t. It’s going to end up in the storm drain and the ocean and is going to impact our food web.’ They guided me completely.”

At home in Escondido, Miller gets her own children, 3 and 5, excited about science with hands-on activities. For the Millers, staying at home has translated into spending more time with those kids, backyard gardening, and reading books.

Miller said she is excited about her new assignment as an Escondido Creek Conservancy board member.

“I’m just looking forward to the opportunity to further serve my community,” she said.

One response to “Two Escondido names on Creek Conservancy board”