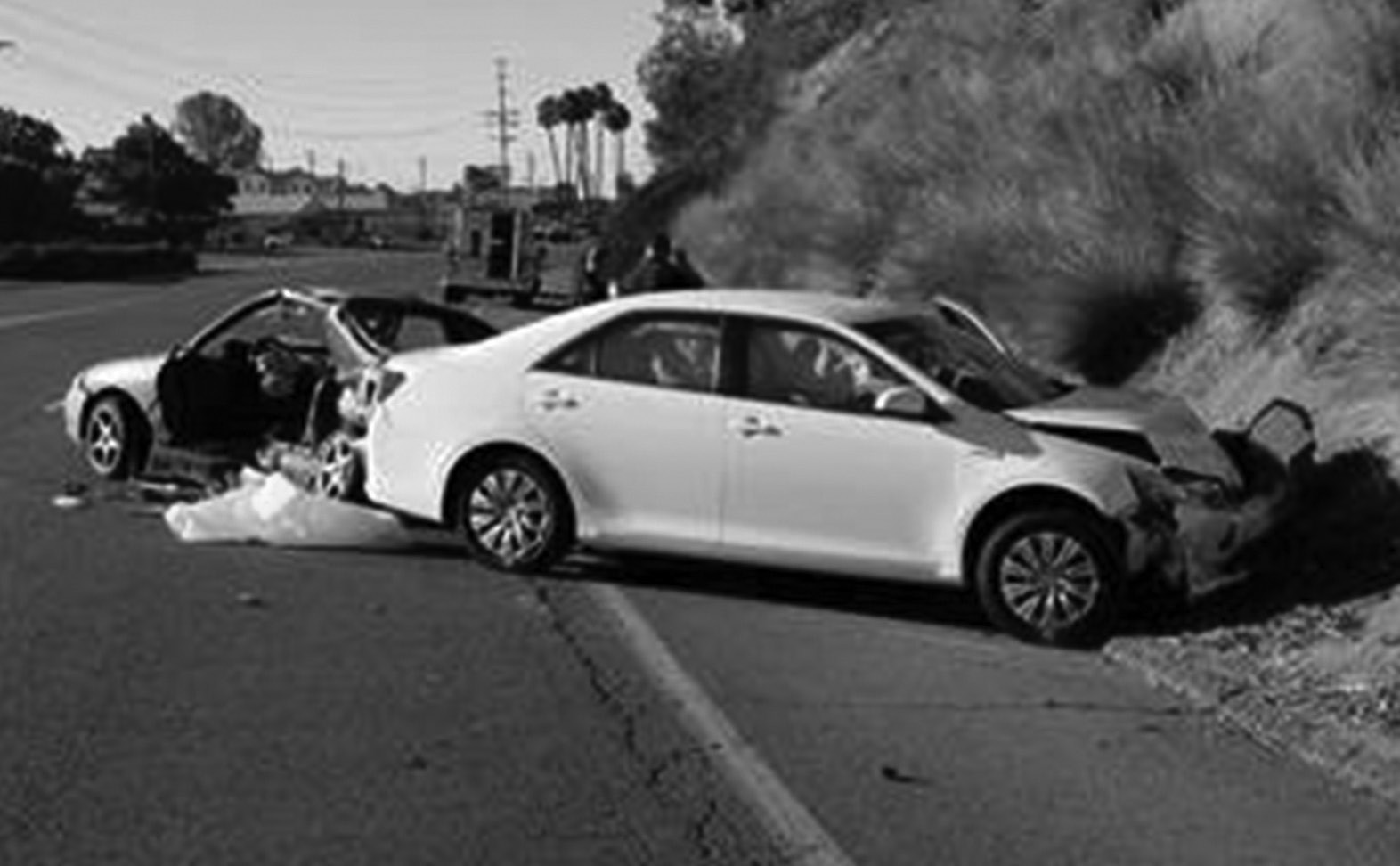 The two cars involved in Friday’s fatal accident, several hours after the collision.

A woman who attempted a left turn from S. Escondido Boulevard to southbound Centre City Parkway early Friday morning died after the collision. The road was closed to traffic for several hours.

According to the Escondido Police Department: Based on witness statements and physical evidence at the scene it appears a 38 year old man was driving north bound on Centre City Parkway in a white 2014 Toyota Camry. A 33-year-old woman driver in a gray 1995 Acura Integra attempted a left turn from the South Escondido Boulevard connector to south bound Centre City Parkway and a collision occurred. Life saving measures were attempted on the female driver but were unsuccessful. The male driver of the Camry was not injured.

The traffic investigation is ongoing and is being conducted by Officer Frank Huston of the Traffic Division. The police are seeking the public’s help with anyone who may have witnessed the accident or has any additional information about the collision. Witnesses are encouraged to call Officer Huston at 760-839-4423.