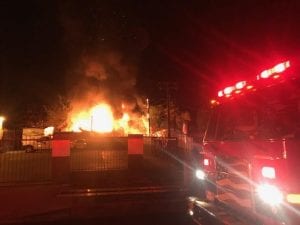 On November 25, 2017 at approximately 0340 hours the Escondido Police and Fire Communications center received a report of a vehicle fire in the alley between 6th and 7th street. Escondido Police officers arrived on scene immediately after the 911 call and reported that the vehicle was fully involved in a carport and that fire had extended throughout the carport. Escondido Police officers started evacuations of the eight unit complex. Escondido fire units arrived on scene to find a fully involved carport with extension into two apartments at 330 W 7th Avenue. Due to the heavy volume of fire a second alarm was requested. In all 7 engines, 2 trucks, 2 ambulances, 2 Battalion Chiefs and a fire investigator responded to the fire.

Because of aggressive action by firefighters the fire was contained and controlled in approximately 40 minutes. Damage was limited to the vehicle, carport and two apartments that were on fire when the fire department arrived. Two additional apartments sustained minor smoke damage.

All occupants in the eight unit complex were displaced and assistance was provided by the Red Cross. There were no injuries to firefighters or civilians.

The cause of the fire is currently under investigation. 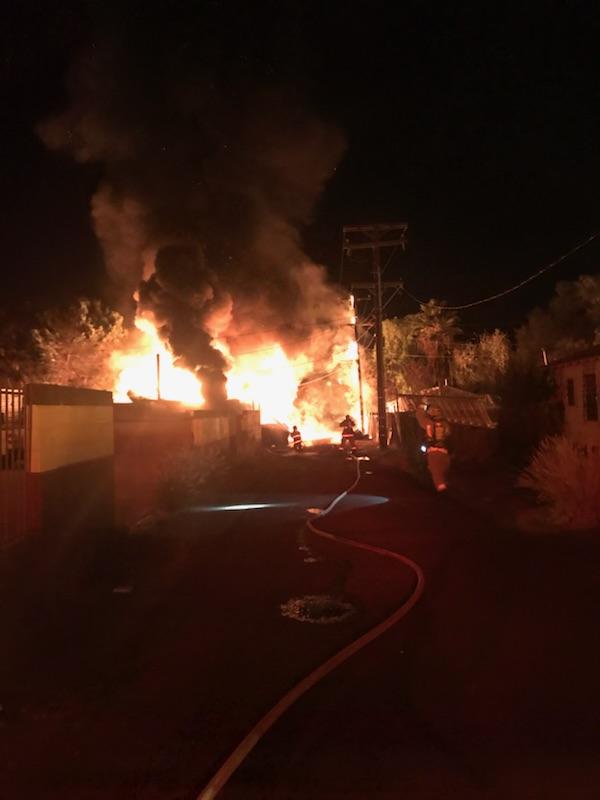