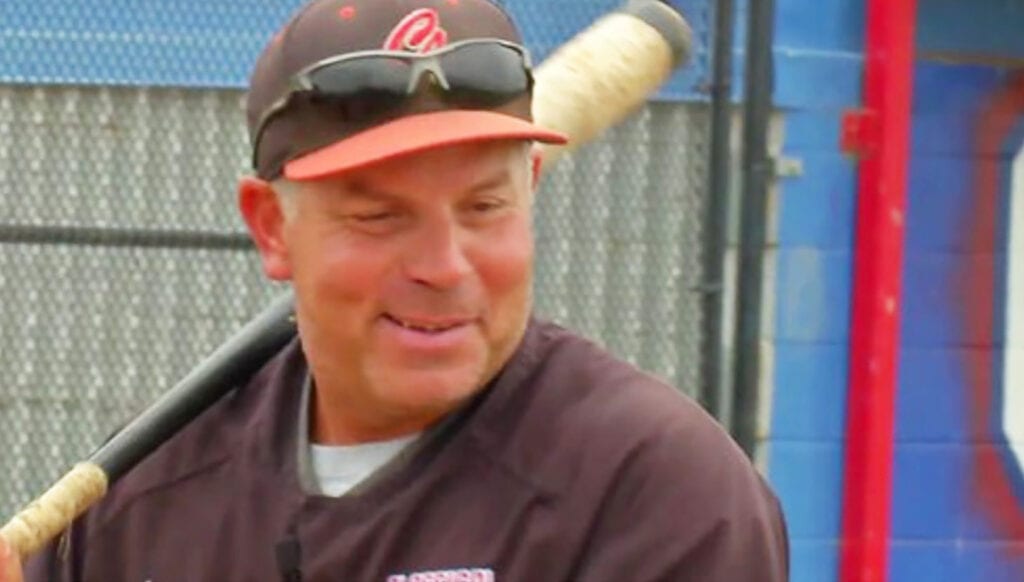 Well-known and beloved local high school and Little League baseball coach Ron Sisler Thursday afternoon was struck by a large eucalyptus branch that fell on him, killing him instantly.

Sisler, 54, of Valley Center had been walking on the 31000 block of Oak Glen Road about 4:40 p.m. when he was struck in the head. He was pronounced dead at the scene. The place where he was walking is just northwest of Valley Center High School where he coached for several years.

A passer-by had come upon the victim, and called 911.

According to Fire Marshal Jim Davidson the branch that struck Sisler was about 35 feet above the street and was perhaps ten inches in diameter. Such a large piece of wood would have struck with the force of a pile-driver.

The street was blocked off by Sheriff’s deputies after the accident while they investigated.

Questioned by The Roadrunner as to whether other trees along the road might be hazardous to walkers or motorists, Davidson said “I don’t know that I would have even thought that tree was dangerous. There wasn’t anything obvious.” He added, “Eucalyptus trees sometimes spontaneously shed branches. That seems to be what happened here.” 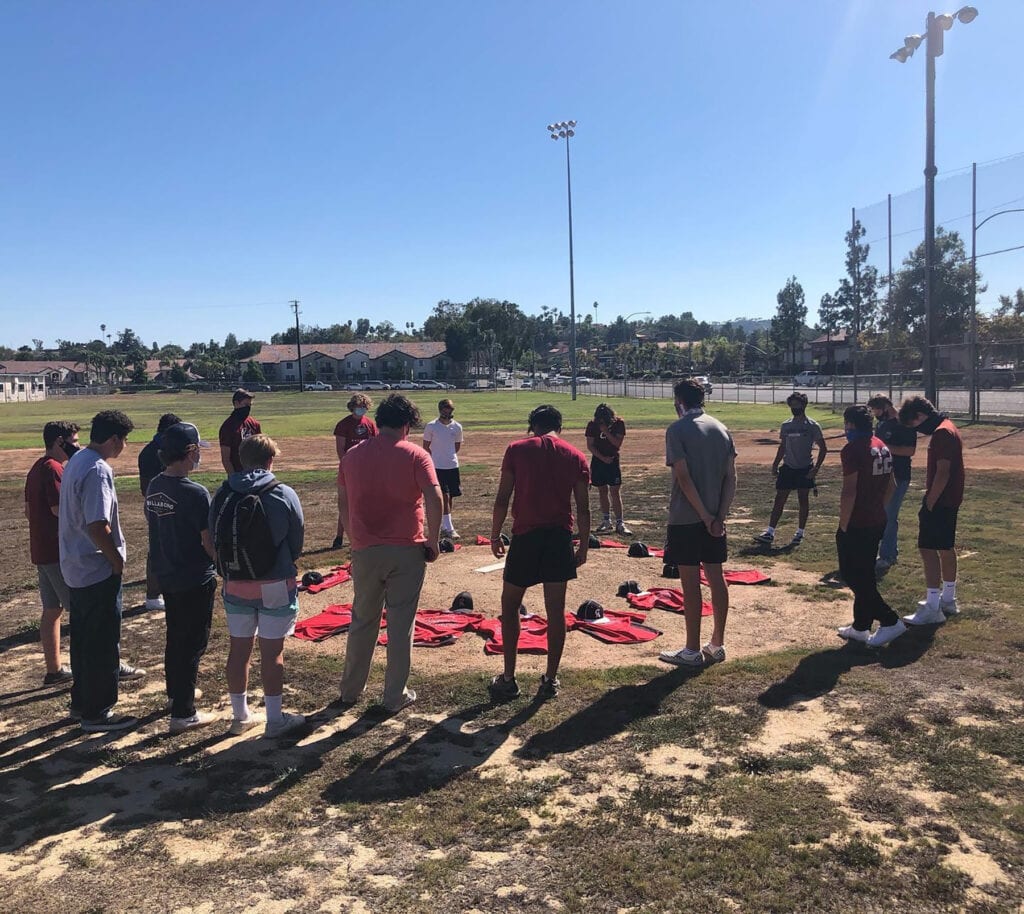 Classical Academy baseball players shared their grief on the death of their coach, Ron Sisler.

Ron Sisler was the head coach baseball coach at Valley Center High for four years where he compiled a 60-59 record.

In three seasons plus the truncated/shortened 2020 campaign, Coach Sisler posted a record of 73-27 at Escondido’s Classical Academy, including taking the Caimans to the 2019 Division II championship game which they lost.

Classical Academy CEO Cameron Curry commented, “His death is a loss for our community and his contribution will not soon be forgotten.”

Sisler was a distinguished player in his own right, starring as a talented outfielder at Escondido High, Palomar College and Brigham Young University.

During his coaching years at Valley Center High School, he coached both the boys and Lady Jags baseball teams.

He was also a local Little League coach.

Sisler had been the baseball coach of Escondido Classical Academy for three years. He loved his job, and in a YouTube video published on May 2019 he said, “I love it and I never want to get out of it.”

Valley Center Pauma Unified School District Supt. Ron McCowan commented: “I have known Ronnie since Little League and his love of baseball and coaching/mentoring young men is unmatched. My thoughts and prayers are with his family.”

There are probably hundreds if not thousands of Eucalyptus trees in Valley Center. Many of them are more than 100 feet tall. The trees themselves are also prone to falling over because they have shallow root systems.

Such an accident is one of the rarest of rare accidents. Although the profession of tree-cutter is close to being the most hazardous job there is (with a fatality rate ten times that of other industries), dying from a falling tree is much rarer, but not unheard of.

According to OSHA there are about 100 tree fall and landscape fatalities a year. But obviously it is much rarer for a tree branch or tree to fall on someone who happens to be walking near it. It is considered enough of a hazard for hikers to be warned to be on the lookout for potentially dead trees along the path that might fall.

In San Diego County, where millions of trees have been stressed by recent droughts and attacks of pests, the danger of falling trees is probably worse than it has been in many years. 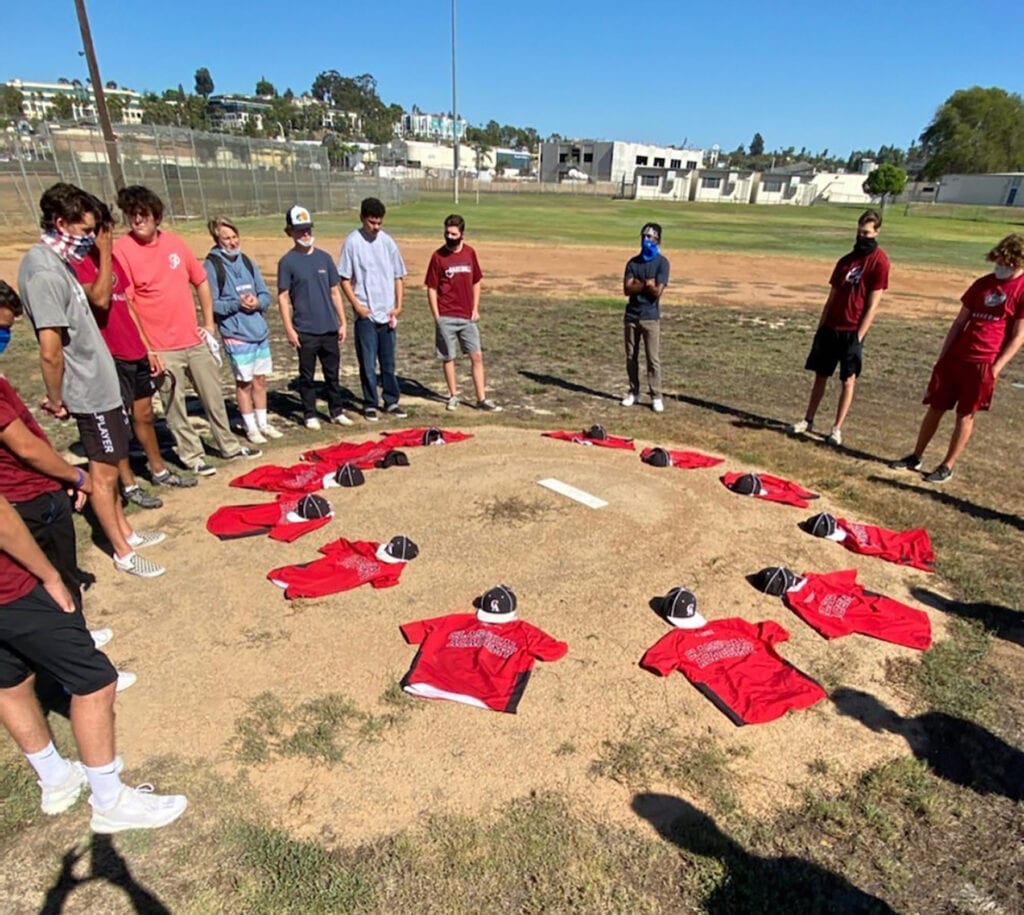