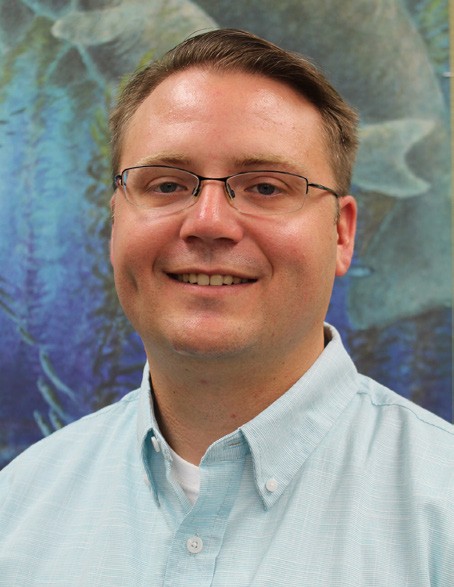 Ryan T. Clark never planned to run for the Escondido treasurer’s office. An hour after the filing deadline passed and longtime incum­bent Ken Hugins hadn’t filed for reelection, that added five days to the deadline, giving pos­sible new candidates the chance to run.

When that first dead­line passed Clark was asked if he would con­sider running. “I’m not really a political type person but I have a lot of interest in financial affairs,” he said. But he believes in service to his community, so he reached out to friends who offered him en­couragement.

Eventually he said to his wife, Heather, “Ok, maybe this will work. I can be a viable candi­date.”

He never would have run if the longtime in­cumbent, Ken Hugins, had decided to stand for another term. “Ken has done a pretty good job, although when I first moved to Escondido I was concerned that the city was running a defi­cit,” he says.

But that was 2009, when Escondido, like the resident of the coun­try, was mired in a reces­sion that had drastically cut city revenues. “Un­Patriots der the economy of the last six years we have had a balanced budget and we have grown reserves. So I would have been content to vote for Ken again.”

But with the office open, Clark, de­cided to toss his hat in the ring.

Clark has a BS and MS in engi­neering, and also did a fair amount of studying in finance. He also runs a small business in Escondido.

Clark is a U.S. Army veteran who left after serving in Iraq and losing his foot and part of his leg to an IED. “If it hadn’t been for that I would have been happy to have served twenty or twenty-five years,” he says. Instead he served from 2004-2009 in the 4th Bn 9th Infantry Regiment (the Manchu.)

When he left the service he went to work for Northrup Grumman as an engineer, where, he says, “I work on some of the sophisticated aerospace” hardware,” and where he maintains a top-secret clearance with the Depart­ment of Defense. He is an engineer­ing manager working on the MQ-4C Triton unmanned aerial vehicle (UAV) for the navy.

“I will treat the treasurer’s job as a full time job,” he says, noting that Hugins has been something of a part- time treasurer over the years. “I think it requires that much attention, espe­cially since the department only has three staff members. I wouldn’t feel right treating it as part time, at least at the get-go. The residents deserve no less.”

There are no official “qualifications” for the job, except for being a regis­tered voter in Escondido, but Clark says, “You want someone who is ab­solutely transparent and who is com­petent, not only in a fiduciary way but in all other ways, as well. I’m comfort­able being effectively an open book. That’s my whole history since leaving the army.”

He notes that the job is not so simple as “We have a $17 million reserve and you have that much to invest for the city. Most year expenditures are higher than that and we don’t want to have a cash flow problem where too much cash is tied up in investments,” he says, adding, “It requires a fair bit of fine tuning and planning. Yet you want to maximize the yield. Inflow and out­flow is a critical aspect.”

The good news, of course, is that most expenditures can be forecast. “You also know your revenues, with sales taxes being the largest,” he says. “You know you will need to pull cash from the reserves to meet the city’s ob­ligations.”

He adds, “You have some level of autonomy but you have to justify your recommendations to the city council. We are talking about millions of dol­lars of the taxpayers’ money!”

His wife, Heather, is his campaign manager. “If you elect me the city of Escondido gets us both,” he says. “We’re a team.”

“The big thing for me is that my en­tire career has been based on service,” says Clark. “When I went into the army I enjoyed and wanted it to be a career.” After his foot was amputated he insisted on an aggressive level of rehabilitation and, despite being told that he might stay in a wheelchair, he insisted on getting back on his feet to the point where he now skis as well as he did before.

He left the army to join Northrup be­cause, he says, “I felt by working on some of the most advanced projects I could better advance my service. I’ve worked on some amazing programs!”

He feels that his grasp of rapidly advancing technology will serve the city treasurer’s office by allowing it to do more with the same number of employees. “So that we can be more effective without expanding the num­ber of staff members. That means you need to be more efficient.”