Treasurer candidate Blaise Jackson wants to give back 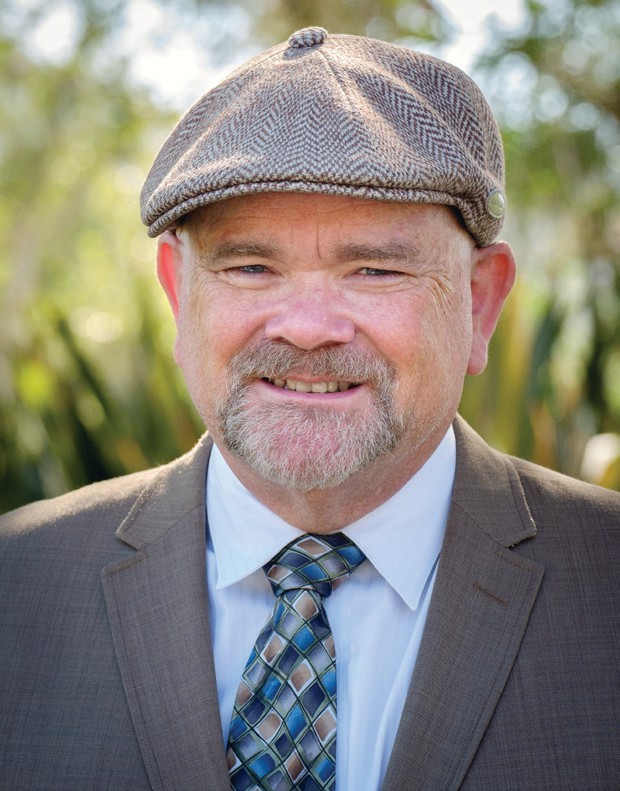 Blaise Jackson is one of five candidates for the office of Escondido Treasurer.

A native Southern Californian, born and raised in the San Gabriel Valley, Jackson was the sixth of seven kids. Both of his parents were teachers. He attended Rio Hondo Junior College, and later UCLA, where he met his wife Theresa. They have been married 31 years.

The couple has two sons, one, who is aged 26, lives in Brooklyn and a 23-year-old who just returned from an internship on a sustainable farm in Oregon. Jackson has a degree in political science, and a law degree from the University of San Diego. He has practiced law at the Law Offices of Scott & Jackson in Rancho Bernardo since 1999. His firm specializes in municipal law and represents special districts. n Escondido resident since 1991, Jackson was one of the original directors of the San Pasqual School Foundation in 2003, which helped pass the initiative that built the school for the San Pasqual Union School District. He was chairman of the foundation for several years, serving as a member of a core group that organized fundraisers.

In 2007 Jackson was appointed to the school district board, where he has now served for nine years.

He also served as a judge pro team for the San Diego Court from 2000-2003 and has been on the superior court arbitration panel for several years.

Jackson and Theresa have coached Little League, driven players and kept score, team coached youth basketball, and volunteered at Interfaith making meals in the mornings. He was also a minister of the word (lector) at St. Timothy’s.

“I’m running because I want to give something back to the community,” said Jackson. “Serving on the school board for nine years — as long as it’s been with my kids in school —  it’s time to move on and leave it to someone whose parenting is a little fresher. I heard about Ken Hugins not running, and didn’t hear about it until the end. A friend pointed it out to me and said: ‘You’re pretty good with numbers.’ I give it some thought and said, ‘What the heck, let’s do it.’ I’ve been at a frenetic pace every since.”

Jackson says he has been troubled by some actions the city council has taken. “Some of the decisions seem pretty troubling to me. They end up in the paper for unpleasant or incorrect reasons,” he said.

Pinned down to give examples, Jackson mentions the rental ordinance of 2006 and the lawsuit challenging the passage of Proposition H two years ago.

“I think the taxpayers need an independent voice in city government and they require it,” he said, adding that the biggest issue of the election is keeping the office independent. “You have one one candidate who has four of the five council members behind him. That concerns me, just as much as it concerns me that those gentlemen were backing a charter amendment [two years ago] that would have completely eliminated that position. This is an elective position and isn’t supposed to be appointive.”

Discussing why voters should look closely at him, Jackson said, “I’m an honest person. If I say something I mean it and I’m going to follow through on it. I listen to people and I take to heart what they have to say. I’ve done that all the years I’ve been on the school board. Our best solutions have been things where we had consensus at the end because everyone participated and everyone was treated well.”

For Jackson, access and transparency in the office are important. “The quarterly investment reports can’t be found online, unlike a bunch of things that you can. That’s a tangible thing we could put online. That’s an easy fix and it should be done tomorrow. That’s one thing I’d like to do.”

For more about the Jackson campaign visit his Facebook Page “Jackson for Escondido Treasurer.”