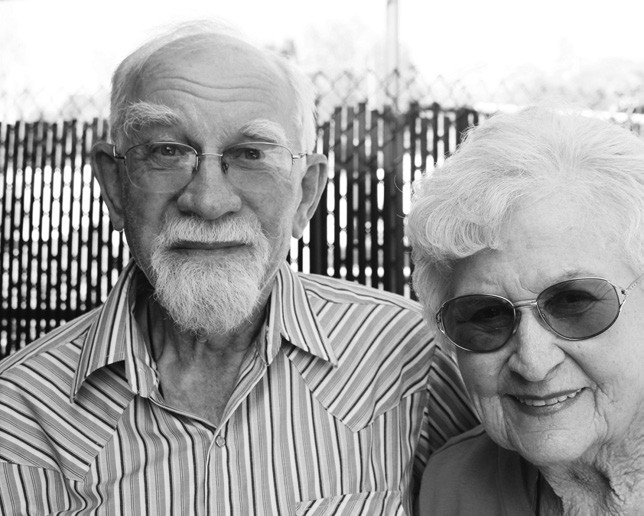 Last week when Bob & Pat Tousley learned they were to be the grand marshals of the 2015 Western Days parade he declared, “You’ve heard of shock? Well, we’re in shock! We didn’t expect it. We never in thought about it.”

She added, “It totally took us by surprise.”

One of the first things Pat did when she arrived here was to start the first Valley Center Girls softball team.

“When we moved here, Bob was still working in the Navy and the boys were out of school. I went and met Patty and Bob Mast at the little adobe at the school. I asked if there was some way I could help. They had me do Cub Scouts. That started a lot of it.”

Pat Tousley realized that there were no girls sports. “The boys had their sports but the girls didn’t. I met Susan Morse and others were looking at starting something for the girls. We ended up starting the girls softball league.”

Mrs. Tousley was an excellent person to start such a league because at the time she was pitching softball for the Homer Heller softball team. She had been a pitcher at Huntington Beach High School. Out of high school she tried out for a Triple A team. This was a cub team and players were working themselves up to play with the Buena Park Lynx, which she did for two years.

She recalls, “It was a big commitment, training five days a week. It was fun. We wore green satin shorts and no sliders!”

Once the girls softball league was formed they played at the softball field where the library is now. “We had a dugout and everything,” she recalls. Some of their coaches were Paul Lahr, Gary Pay and Bill Heublein. Bill Hutchings was the umpire.

Usually they had two leagues, junior and senior. There were three to five teams in each league.

When they were still involved with the league Bob & Pat would attend every game without fail. The league ended a couple a years ago.

Now they are looking forward to riding in the big convertible in the parade. She told the Times Advocate, “I want to know what color it will be so I can coordinate my clothes.”

She is hoping that her grandchildren will run besides the car and get some good shots of them.