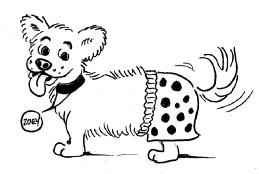 Safari Highlands: Is it a Done Deal?

Neysa Ely, president of the San Pasqual Valley Preservation Alliance will Speak at the August 13 meeting of the Escondido Democratic Club.

Come learn what is being done to fight this assault on the beautiful San Pasqual Valley.

The meeting begins at 10:30 a.m. at the Escondido Chamber of Com­merce, 720 North Broadway. Join the group for refreshments and conversa­tion at 10 a.m.

The North County Caucus of the San Diego County Democratic Party is having a Masquerade Casino Night, Saturday, August 13, 6 –10 p.m.

The evening includes a silent auc­tion, casino gaming, prizes, food sta­tions and entertainment in the Cali­fornia Center for the Arts Sculpture Garden, Escondido, all for $100 a person.

Get into the spirit by wearing your own masquerade mask. Dress is sum­mer casual.

Auditions for Night on Broadway 2016

Community Players Theatre is hold­ing auditions for their annual Night on Broadway show Sunday, August 14 (either in person or you may send a video audition as well).

Auditions are 11 a.m.-12:30 p.m. You can all send in a video audition via email to mrryanmmhs@gmail.com.

Celebrate “The Boy Who Lived” at the Magical Harry Potter Party!

Harry Potter fans of all ages are invited to help the library celebrate “The Boy Who Lived” with a Magi­cal Harry Potter Party! Come dressed as your favorite witch or wizard to en­joy an exclusive magic show by The Amazing Dana, capture the moment in our Potter-themed photo booth, and participate in fun craft activities. Plan to arrive early as space and supplies are limited.

Harry is embarking on his newest adventure: Adulthood. Check it out in the new screenplay, “Harry Potter and the Cursed Child,” just released on July 31.

The Escondido Police Athletic League is a non-profit organization that relies on educational and athletic activities to cement a bond between police officers and the youth in our community.

For information or sponsor opportu­nities call the Escondido Chamber at 760-745-2125 or visit Escondidoch­amber.org/

Kristin Gaspar, candidate for San Diego County Supervisor District #3, will be the featured speaker at the ‘The Escondido Republican Club’s’ (TERC’s) lunchtime meeting on Mon­day, August 15.

Gaspar is a successful small busi­nesswoman and in 2014 was the first elected mayor of Encinitas. Gaspar’s name will be on the ballot for super­visor in the General Election on No­vember 8.

The meeting begins promptly at noon and concludes at 1 p.m.

A reservation is necessary. The cost is $14 per person.

A fundraiser to help a local man af­flicted with ALS (Lou Gehrig’s dis­ease) will be held August 19 at Woods Valley Golf Course in Valley Center.

The 2nd annual “Chip in for Jim” golf tournament will benefit Jim Mc­Farland a longtime area resident. Last year’s fundraiser, which was also held in August, was successful, sold out in fact, and the organizers are hoping to replicate that success.

Visit the website at www.HelpJim­Win ALS.com for more information, to register, and to view photos from last year’s event. You can register for the event online. There are opportuni­ties for sponsorships and to give away prizes. Or email vanop@aol.com.

Beginning on August 9, Queen Califia’s Magical Circle in Kit Carson Park (3333 Bear Valley Parkway) will be open to the public Tuesday through Friday from 9 a.m. until noon, weath­er permitting.

Queen Califia’s Magical Circle will continue to be open on Second Satur­days from 9 a.m. until noon with do­cents on site to provide information and answer questions.

Additional information is available at 760-839-4000 or www.queencalifia.org.

Singers are invited to join the Cen­ter Chorale for a fun Summer Sing at the California Center for Arts, Escon­dido Studio One Theater.

Featured in the Sing will be Charles Villiers Stanford’s “Songs of the Fleet,” an unusual and charming work about sailing the high seas. Other beautiful choral works include com­positions by Giovanni Gabrieli, Gia­como Antonio Perti, and a new work by Stephen Sturk, resident composer and assistant conductor of the Center Chorale.

Reservations are requested. Send an email indicating your intent to at­tend and how many guest singers to jstanford@escondidochoralarts.com. Or RSVP by phone 760-805 3945.