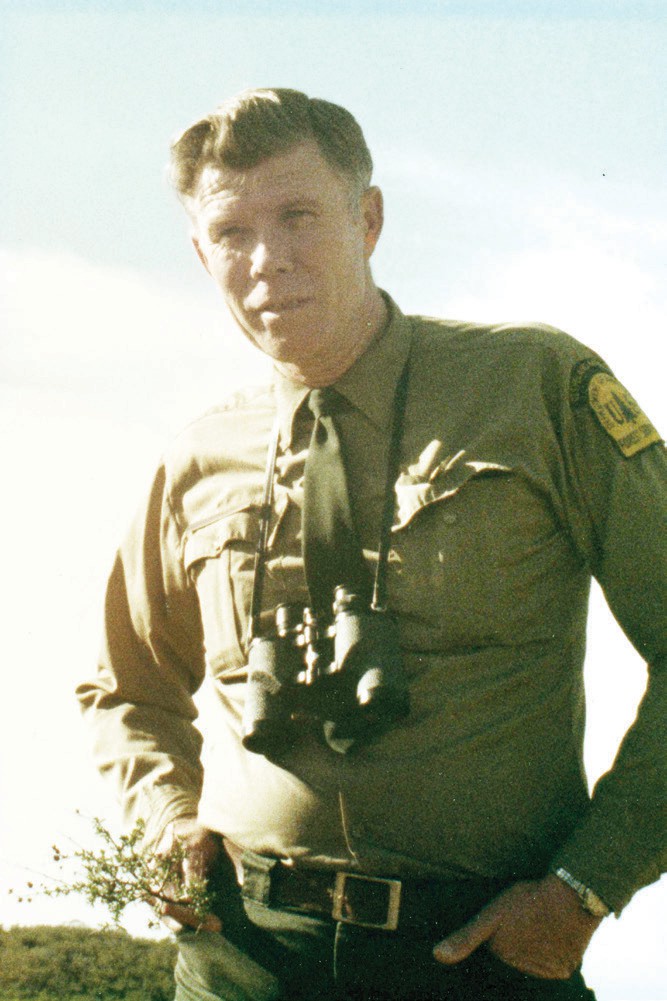 Thomas Edwin “Eddie” Lundgren, of Rogue River, Ore., 89, died December 30 in Grants Pass, Oregon. He was born May 11, 1927, in Riverside, to Fridolf Edwin Lundgren and Opha Amanda (Mardock) Lundgren. He was raised in Riverside and lived in Los Angeles County until he was 17, where he graduated High School.

Mr. Lundgren met Margaret “Marg” Applebury, at church when they were both very young. They were married in San Jose, December 26, 1950. They welcomed daughter, Linda, February, 1953, and son, Thomas Jr. (Tom), joined them February, 1955.

Mr. Lundgren worked for the U.S. Forest Service for 34 years, stationed on the Sierra National Forest, Angeles National Forest and Cleveland National Forest. He and his family moved around with the U.S. Fire Service, and eventually settled down in, Escondido, in 1966.

He retired as a District Fire Control Officer in 1978. After retirement from the U.S. Forest Service, he worked for the City of Escondido for five years, at Lakes Dixon and Wohlford.

Once retired from Escondido, Eddie and Marg moved to Rogue River, Oregon where he enjoyed raising his own beef had a vegetable garden and an orchard of fruit trees.

He was a lifetime member of the NRA, and enjoyed hunting and fishing, especially fishing for salmon. He always loved his dachshunds.

A memorial service was held Saturday, January 14, followed by a potluck lunch at Grace Baptist Church. Mr. Lundgren will be laid to rest at Woodville Cemetery in Rogue River, Oregon.