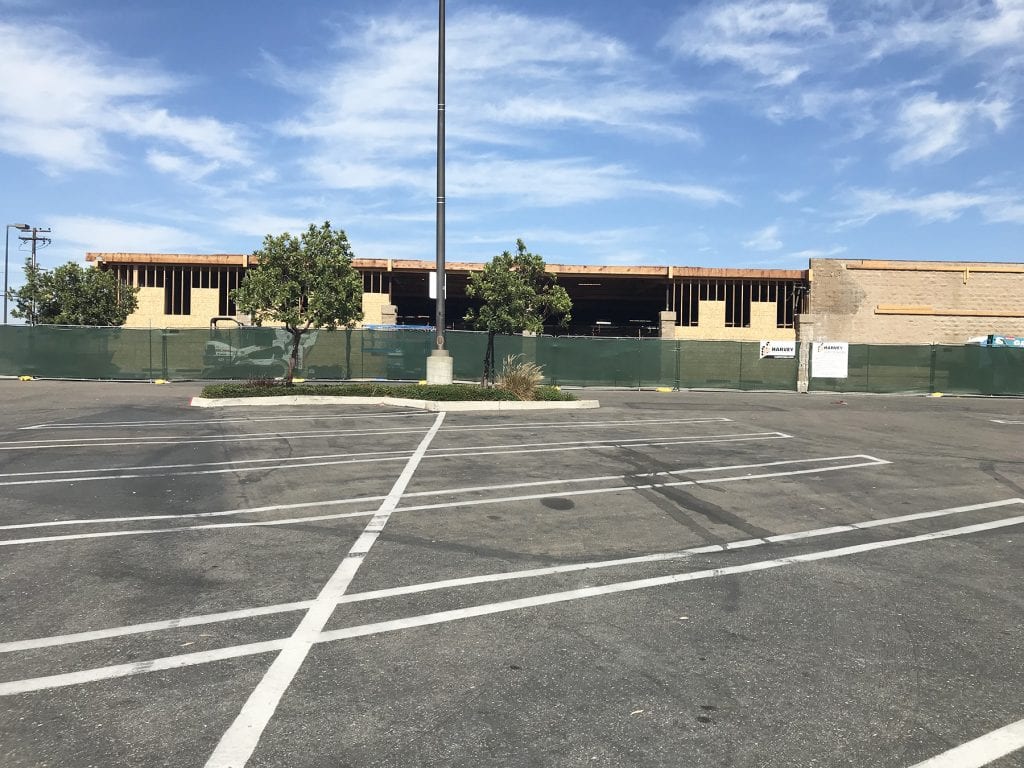 Renovation of the old CVS Pharmacy into the new Ross has begun.

It’s a sign of Escondido’s status as a growing, vibrant city that a third Ross Dress for Less store will be opening soon, this one in the eastern part of town, in the 69,780 square foot Escondido Town & Country shopping mall on East Valley Parkway that includes Big Lots and Del Taco.  The address of the shopping center is 1625-1665 E. Valley Parkway.

You can see construction beginning on the remodel of the old CVS Pharmacy to transform it into the newest Ross store.

John D. Jennings, senior managing director of Newmark Knight Frank, which manages the property for the owners, spoke to the Times-Advocate earlier this week. He was able to share a lot of information about the new store but wasn’t ready to release the designer’s drawings because they are still working with city staff on the final design.

“It’s going to be a huge draw at the site,” he said. “They are doing so well they are not closing any of the existing stores. They are very happy in Escondido.”

He said that most retailers aim at serving a three-mile radius. “You look at the drive time to get from East Escondido to West Escondido and it takes a while. As you know, more density is coming to town.”

The three-mile radius from the new Ross has an estimated population of about 134,000.

Jennings added, “We are excited about getting some quality tenants.”  He noted that Navy Federal Credit Union would be leaving the center at the end of the year and that all of the other tenants, such as Mikki’s Café and Big Lots are staying. “We will try to fill with up the center with quality tenants, such as a small boutique fitness, medical or maybe a small restaurant.” 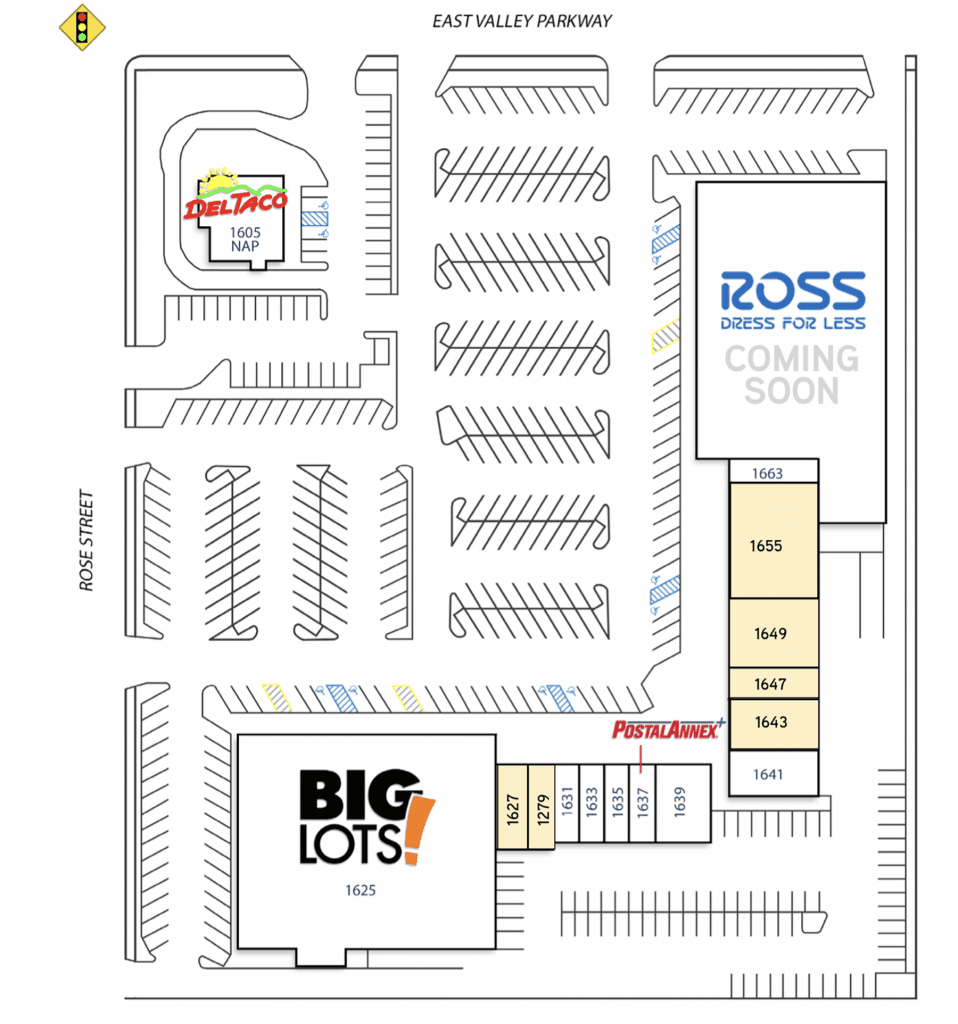 A site plan shows where the new Ross will be in relation to other tenants in Escondido Town & Country.