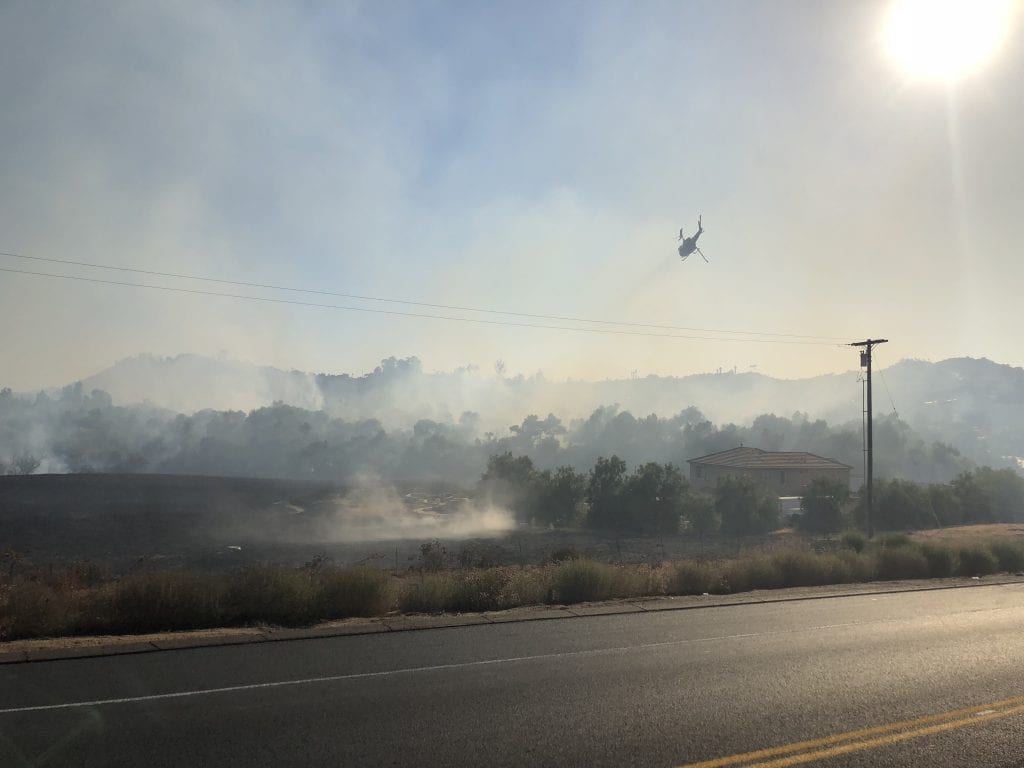 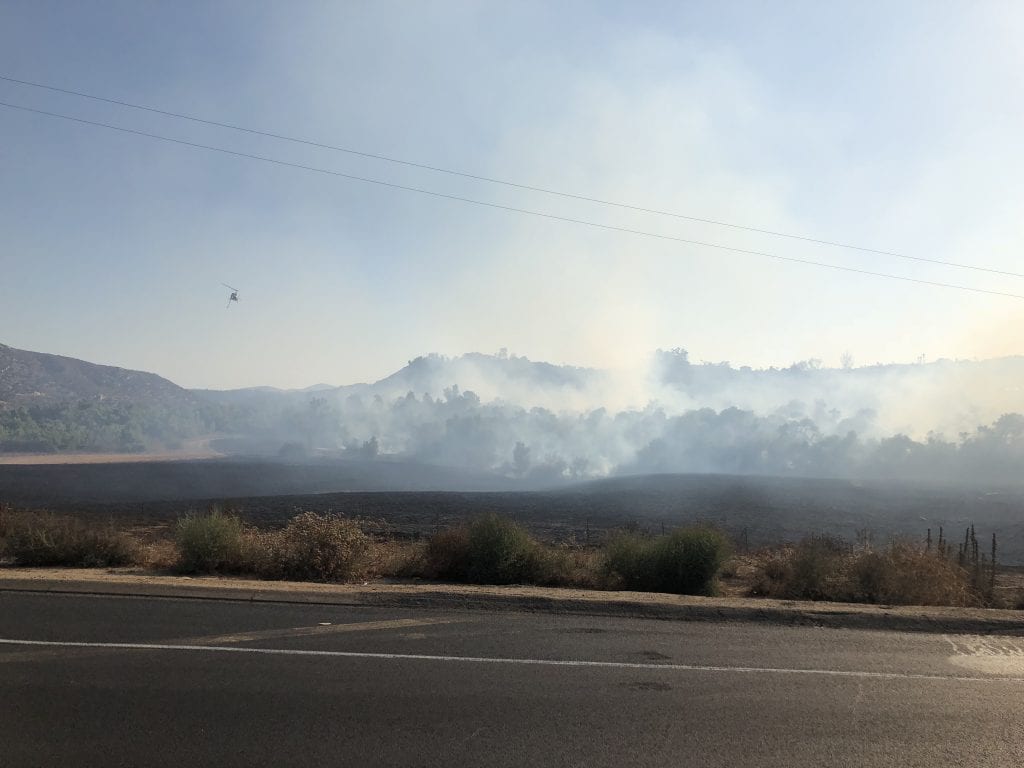 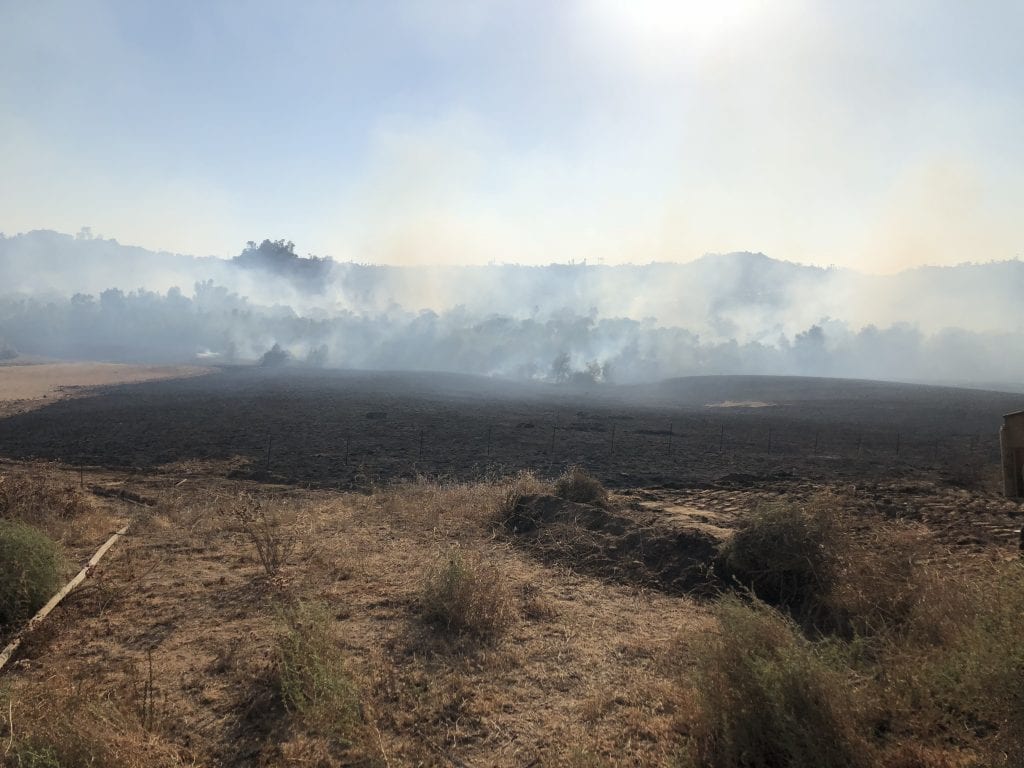 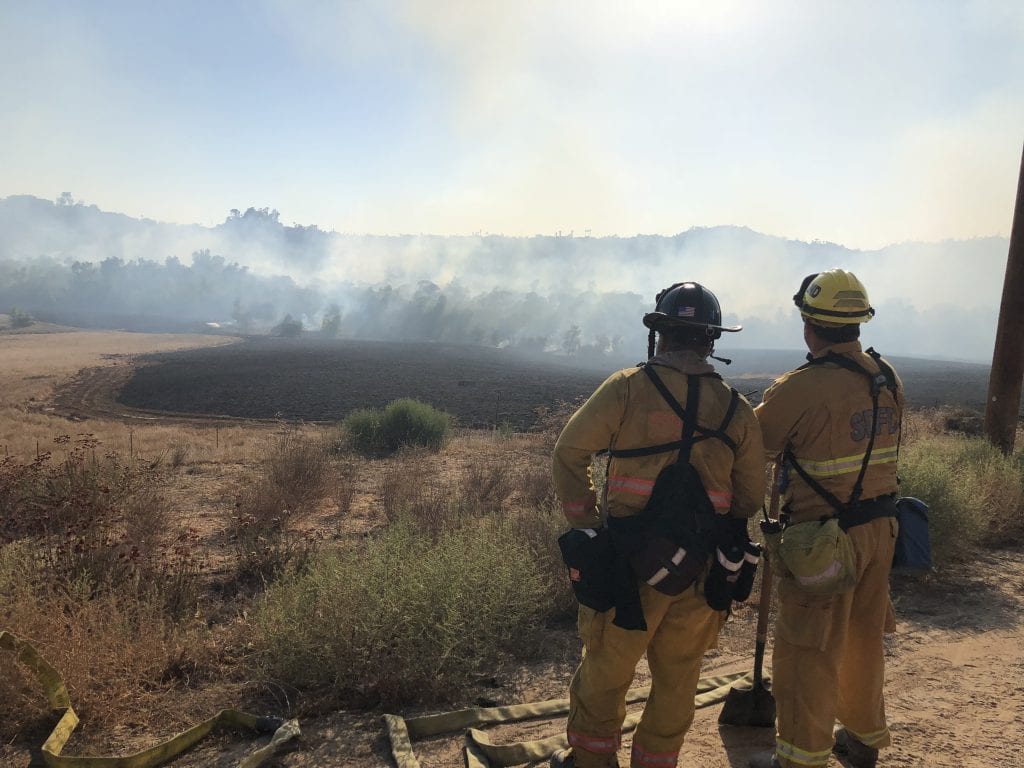 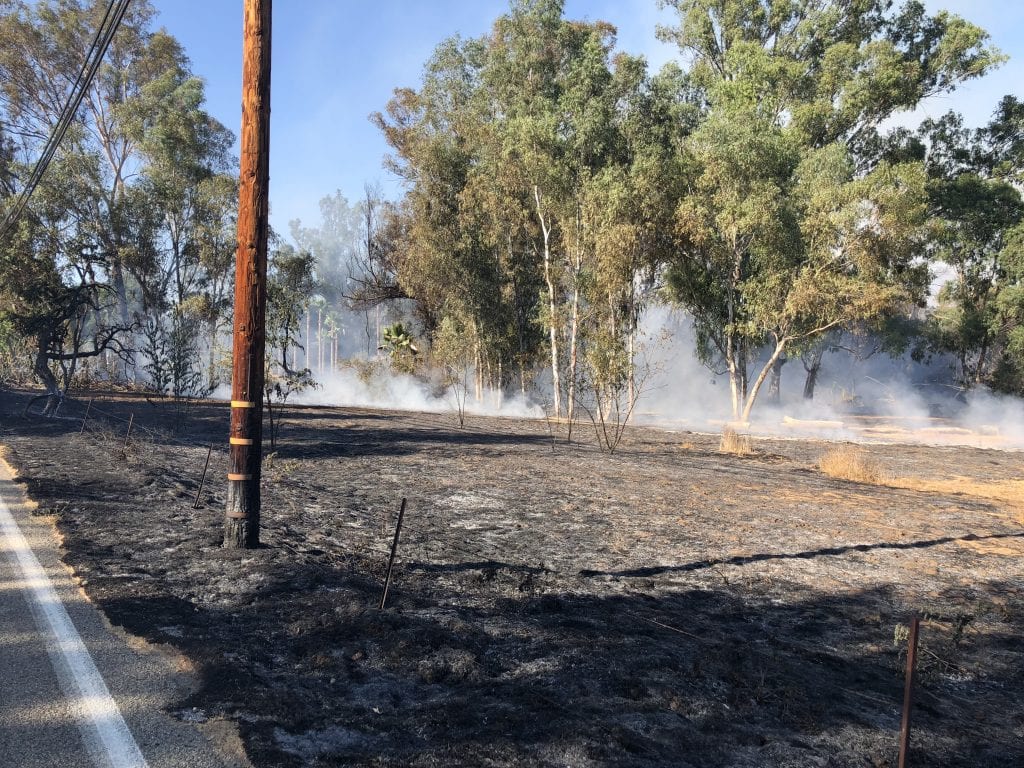 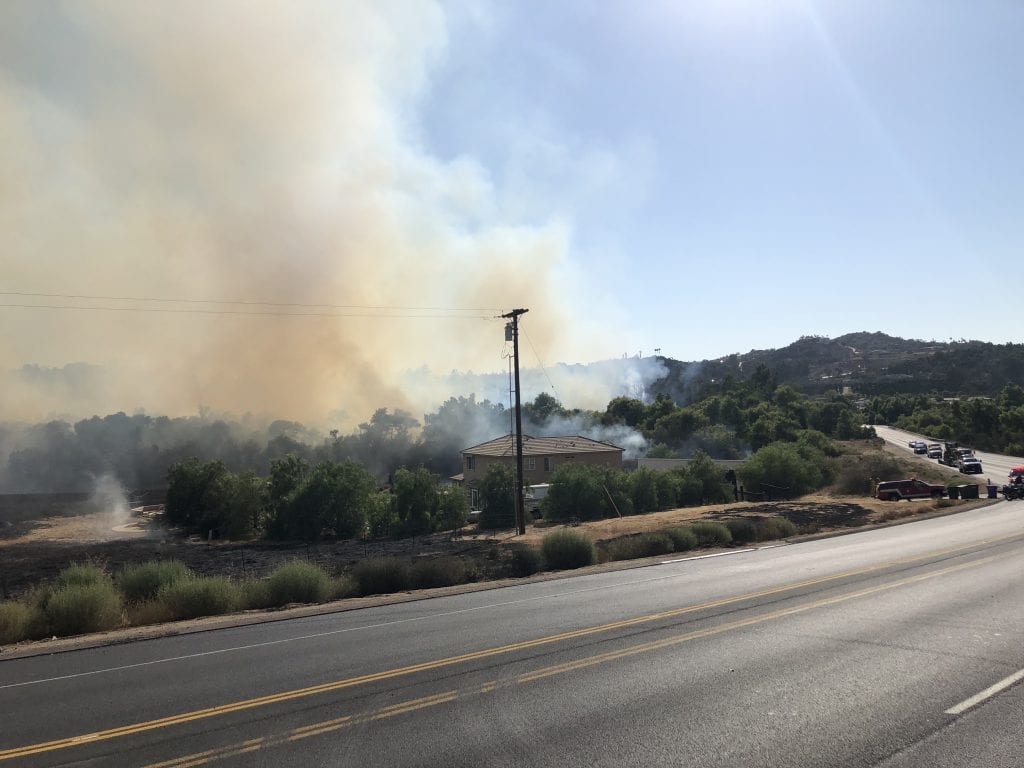 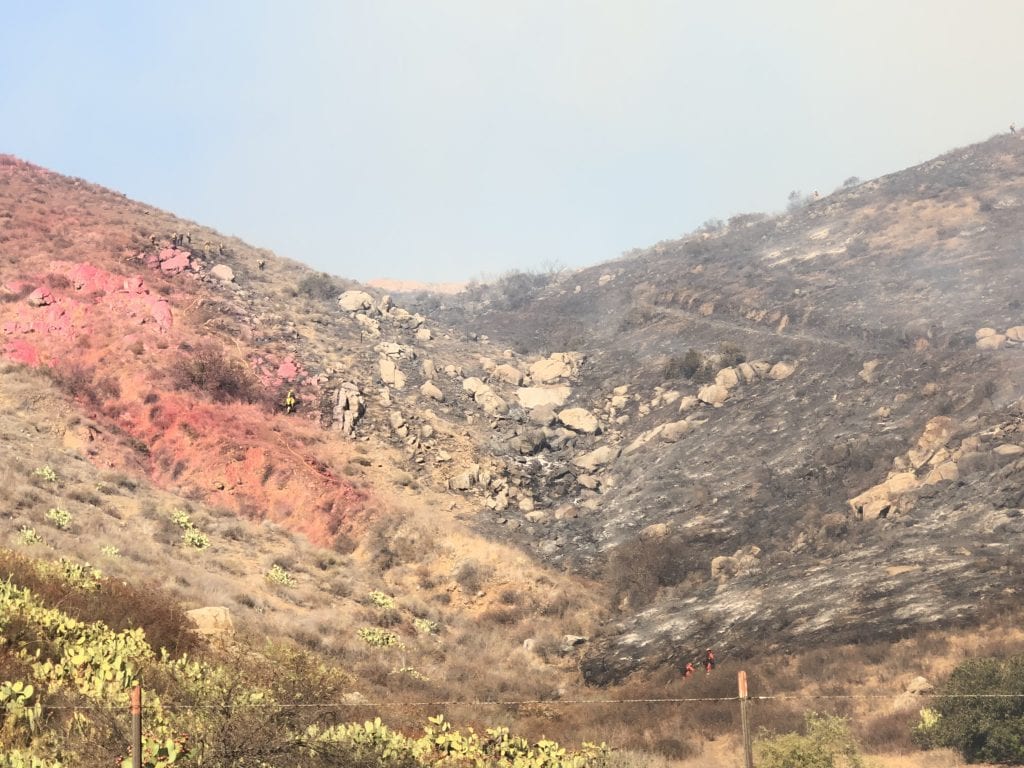 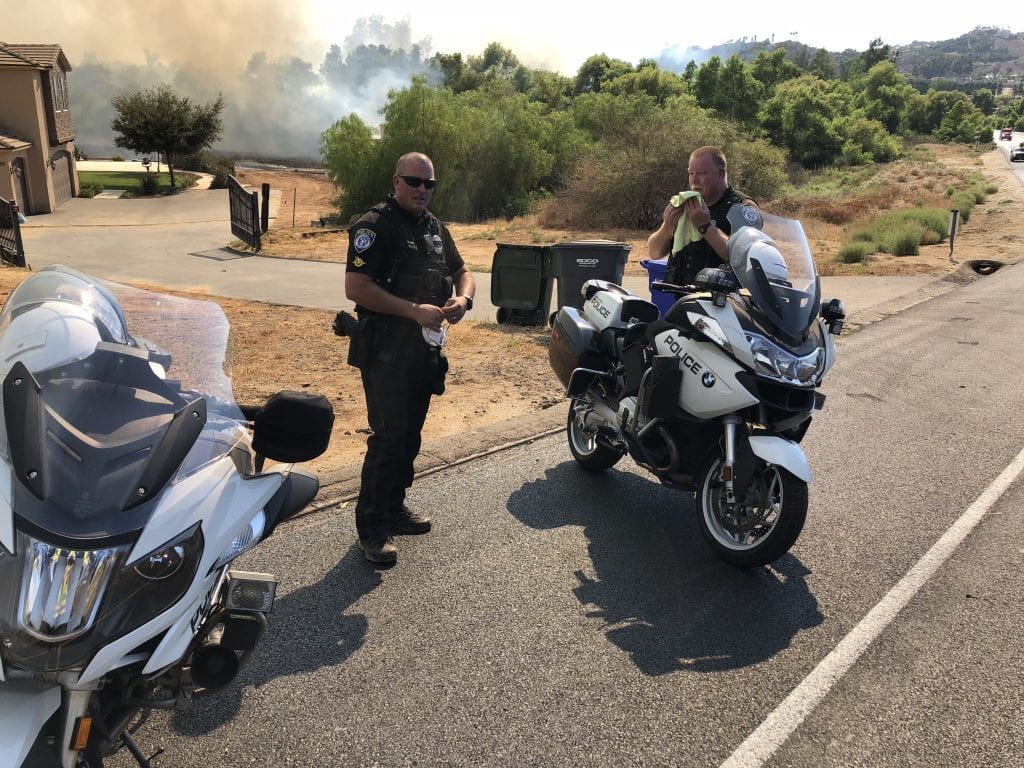 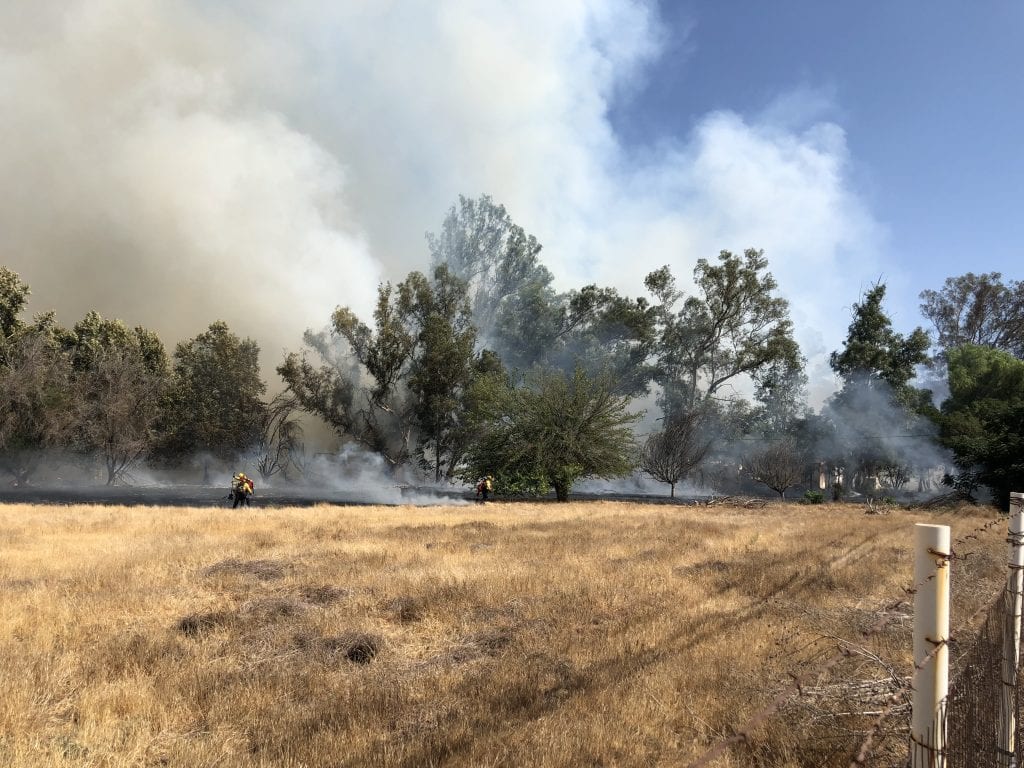 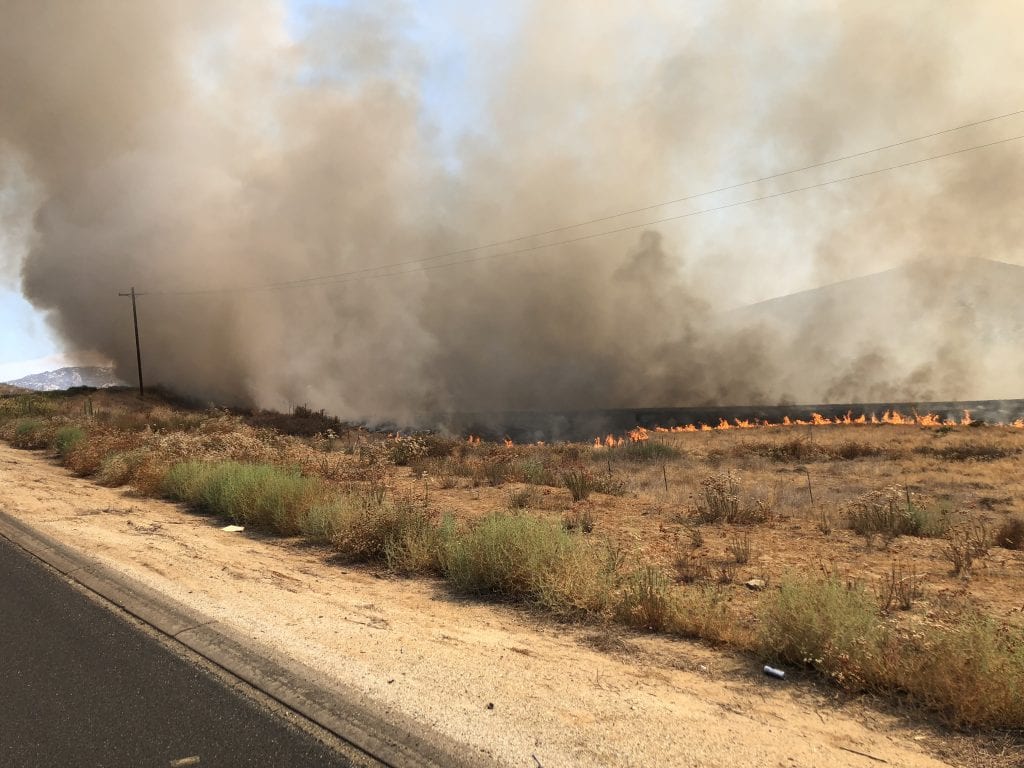 Update – evacuation orders have been lifted…

A fire is burning in San Pasqual Valley tonight. Firefighters from San Diego City, Escondido and CalFire and Rancho Santa Fe, among other agencies are battling the blaze in the Valley where the Safari Park is located.

This is the third fire to erupt along Hwy 78 in the last two weeks.

San Diego City Fire Department has dubbed the fire the “Cloverdale Fire” and at the time of this writing, about 6 p.m., the fire had burned 90 acres and was 15 percent contained. The forward rate of spread has been stopped.

Our Times-Advocate reporter was the second to arrive at the scene and was on the fire lines getting video and photos for our readers. See below. (Make sure to turn the sound on for the Facebook video)

The fire was ignited by what is believed to be an arsonist who set multiple fires along Highway 78.

We caught on video the flames jumping Hwy 78 and moving east into the nearby development.

We have one eye-witness account from a local resident.

Rob Granger, a resident living near the Safari park, told The Times-Advocate:  Returned from vacation and am now evacuated from my community for a fire. They already had the area blocked off when I tried to go in earlier. 78 is blocked between bear Valley Road and Cloverdale.”

Granger was unable to get home. “No, I didn’t. Left work early to head that way and was unable to get in. At that point, a couple of hours ago, right after the fire first started, about the time the emergency vehicles were heading that way, there were a couple of helicopters flying overhead. I did not see anyone bringing out the animals. The smoke was billowing from Southeast to north west and I received a report of the flames jumped Highway 78.”

This is an ongoing story that we will update as events warrant.