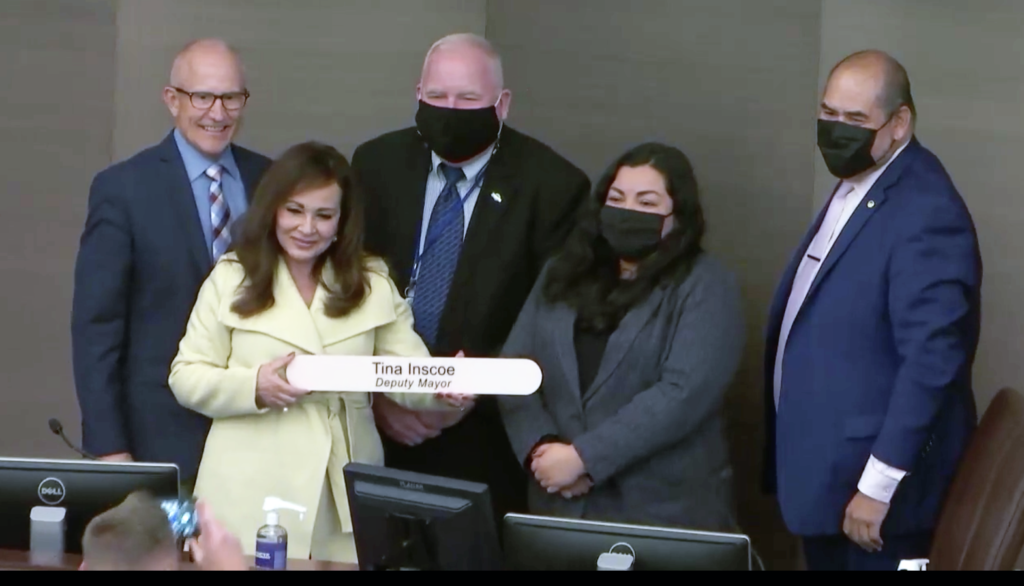 Tina Inscoe, city councilmember from District 2, was installed as Deputy Mayor of Escondido at the December 15 meeting of the council.

The post is largely ceremonial, and predetermined by city ordinance, explained City Clerk Zack Beck in a short presentation to the council.

He noted that the ordinance mandating the procedure was adopted in 2020.  The honor is for one year and will then be rotated to the next eligible councilmember, in this case Joe Garcia. The title rotates based on seniority. If two council members are equally senior, then the member who received the largest number of votes in the last election is selected.

All councilmembers must have a chance to serve as deputy mayor before one can be designated a second time.

Since Inscoe and Garcia were both elected in the same election, Inscoe was chosen because she received the largest number of votes, 6,638 to Garcia’s 4,995.

The vote to appoint Inscoe was 5-0.

After the vote the new deputy mayor posed with the other councilmembers holding her new nameplate.