‘The Secret Life of Pets’: Not a bad summer movie 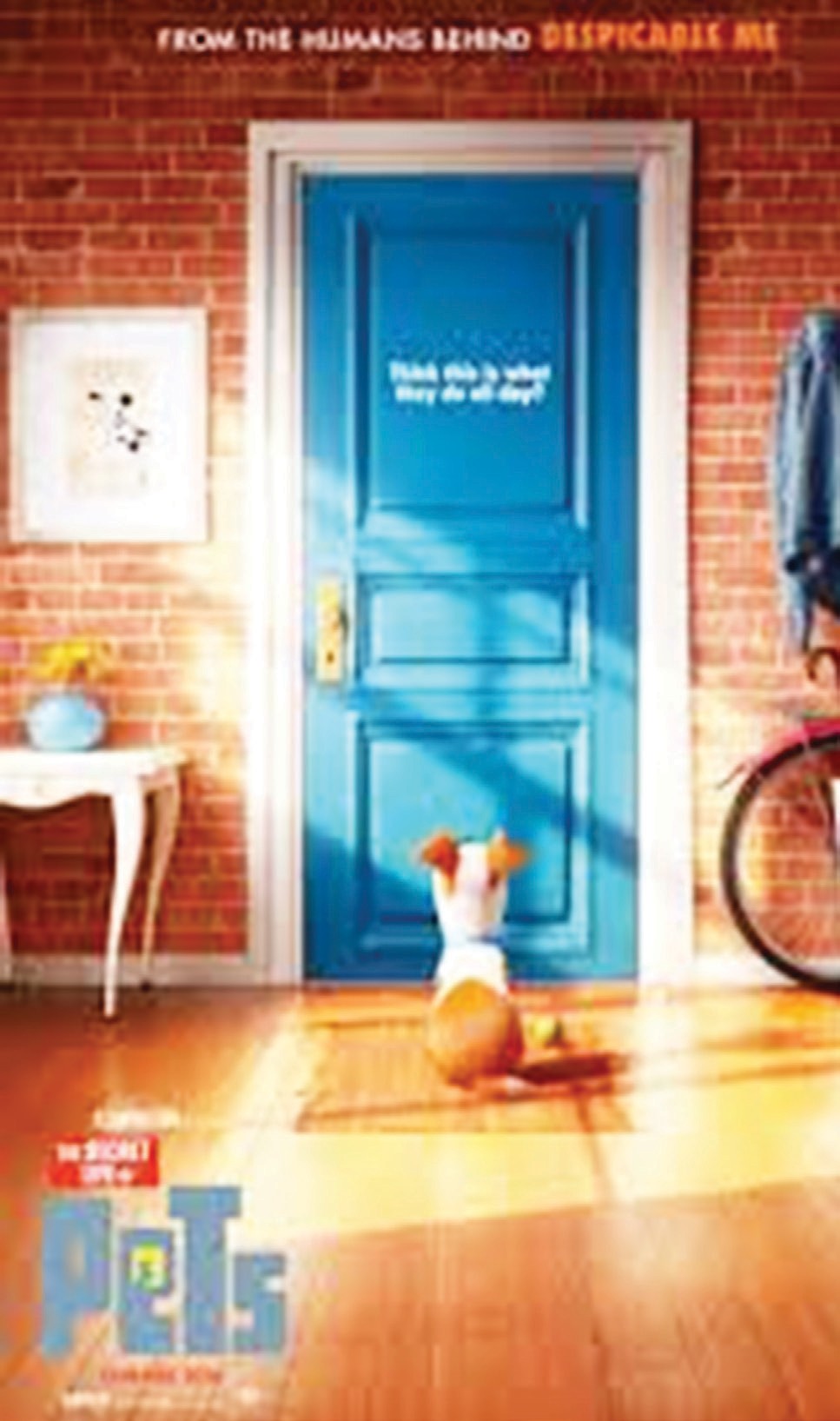 The plot sees terrier Max (Louis C.K.) living a comfortable life with his owner Katie (Ellie Kemper). His world is turned upside down when she brings home a rescued beast of a dog named Duke (Eric Stonestreet). Each dog feels threatened by the other, neither is good at sharing, they end up stranded together. Max’s neighbors try to save the two. There’s his Pomeranian wannabe girlfriend Gidget (Jenny Slate), wisecracking cat Chloe (Lake Bell), barking bulldog Mel (Bobby Moynihan), elongated wiener dog Buddy (Hannibal Buress), reformed predator hawk Tiberius (Albert Brooks), and veteran Basset Hound Pops (Dana Carvey). Max and Duke, for their part, get themselves in even more trouble by getting on the bad side of crazed hairless cat Ozone (Steve Coogan) and human-hating bunny Snowball (Kevin Hart).

The biggest problem with this movie is that the two leads are badly miscast. Stonestreet is too obviously likeable to play the hardened, just-got-out-of-prison Duke. But at least with him I can somewhat understand that his range is not limited to the genial character he plays on “Modern Family.” Louis C.K, on the other hand, has spent decades crafting a specific persona that is recognized across several mediums. He has made sure that we always think of him as a cynical schlub. So it’s jarring when he tries to play the happy-go-lucky Max in early scenes. I can’t help but feel like his more well-known persona is always poking through, even if he’s genuinely trying. It seems like there’s an episode of his show being taped off-camera where the joke is that he’s been cast in this role that’s completely wrong for him and there’s an annoying director telling him to be happier, without much success.

That’s not to say that the whole cast is wrong. I like Lake Bell as the smart-aleck cat. She perfectly captures typical cat apathy (cat-pathy, if you will) along with cats’ tendency to freak out over the tiniest things. Albert Brooks continues to impress in his string of dark roles as the initially villainous Tiberius. Dana Carvey makes the most of his juiciest role in years as Pops. And I can’t believe I’m about to type the following sentence: Kevin Hart is the best thing about this movie. I feel like there should be a red zigzag under that sentence but it’s true. His broad, manic style that annoys me 95% of the time is a perfect fit for playing an animated villain. And speaking of animation, there seems to be some extra effort put into his character’s facial expressions. He has this way of trying to be vicious, but subconsciously he always reverts back to being human-pleasingly cute. It’s a delightful, adorable, and surprisingly subtle creative choice.

There’s actually a lot to like about “The Secret Life of Pets,” but unfortunately there’s even more to dislike. The miscast main characters weigh the movie down, the story and adventure are uninspired, and lazy humor abounds. This is a movie that loves its bathroom gags, obvious pratfalls, and overeating jokes ripped off from “Garfield” (though one overeating scene is funny on an unintended level if you know about an upcoming animated feature). As animated animal movies go, this is inferior to “Finding Dory” and “Zootopia.” But as movies in this disappointing summer season go, it’s not that bad.

“The Secret Life of Pets” is rated PG for action and some rude humor. Its running time is 90 minutes.