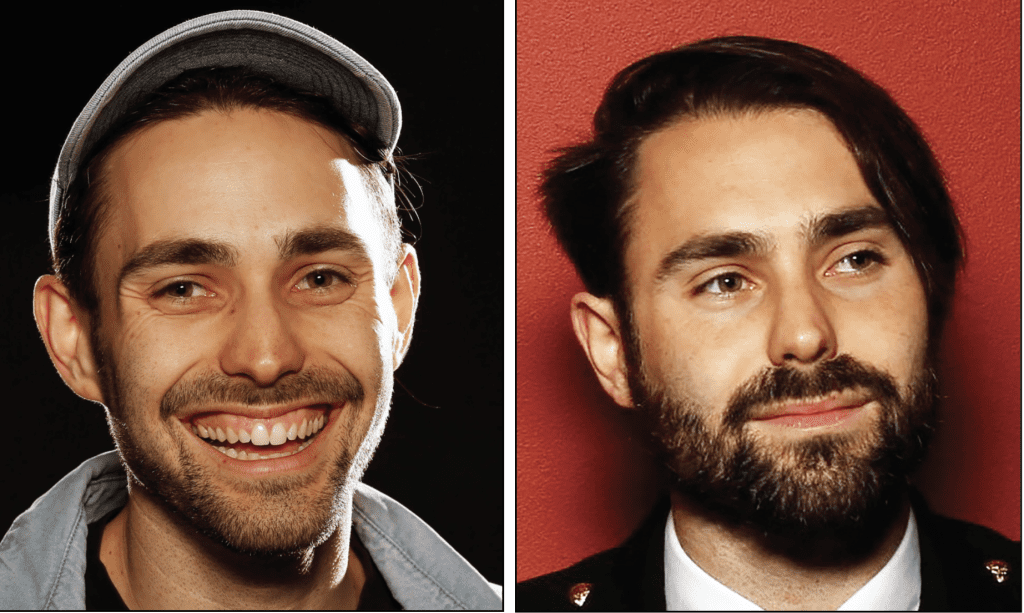 Jack Lipson and Benny Lipson of the “The Piano Men”

The California Center for the Arts, Escondido and The Barn Stage Company will present “The Piano Men,” which is returning to the Center on Saturday, August 31 at 7:30 p.m. and Sunday, September 1 at 2 p.m. in the Center Theater.

The music of Elton John and Billy Joel bursts to life in this thoroughly entertaining concert highlighting the countless hits by these two incredible singer/songwriters.

The Barn Stage Company brings a cast of piano-playing vocalists displaying their talents on not one, but two grand pianos, backed by a live band.

Allen Everman has worked in the cabaret realm as both Musical Director and performer over the past 12 years. He has been seen on-stage with 3D Theatricals in Parade and The Full Monty and has starred in productions at Candlelight Pavilion (“Guys and Dolls”/ “Bye Bye Birdie” / “Music Man”), The Chance Theatre (Parade), and at the Welk Resort Theatre in Escondido (“Oklahoma”/”Hairspray”/”How to Succeed . . .”)

Jacob Jeffries is a singer, songwriter, piano player from the suburbs of South Florida. After winning the Florida Grammy Showcase for ‘best new artist’ in 2008, Jeffries (Band) hit the road. Hopping from festivals like Wanee & SXSW to colleges across the Southeast U.S. and back to their South Florida home, Jacob and the band were fortunate enough to have shared the stage with talents like Allen Stone, Gavin Degraw, Eric Hutchinson, and Pentatonix.

Jack Lipson has sung with Josh Groban at the Hollywood Bowl and collaborated with such artists as Darren Criss, Sally Struthers, Michael Feinstein, Sam Harris, Michael Arden, and Wendie Malick—to name just a handful. He served two years as the musical director of the Wyoming Theater Festival, where he developed and wrote arrangements for playwright Mark Saltzman’s Romeo & Bernadette and Another Roll of the Dice, the latter which he then orchestrated for workshop productions in Boston, San Jose, and an upcoming world premiere at North Coast Repertory in Solano Beach.

Composer and multi-instrumentalist, Benny Lipson has shared stages with music giants like Herbie Hancock, Wynton Marsalis, Barry Manilow, and Ben Folds in iconic venues like the Hollywood Bowl and Disney Hall. Lipson played bass in the orchestras of Cagney at the El Portal, Another Roll of the Dice at the Wyoming Theater Festival, and for singers including Lesli Margherita, Valerie Perri, and indie-rock duo The Skivvies throughout the West Coast.

Get more information about the show including his program as well as purchase tickets here: artcenter.org/event/the-piano-men-2/2019-08-31/