The phones are ringing for Steve Waldron: Cruisin’ is coming! 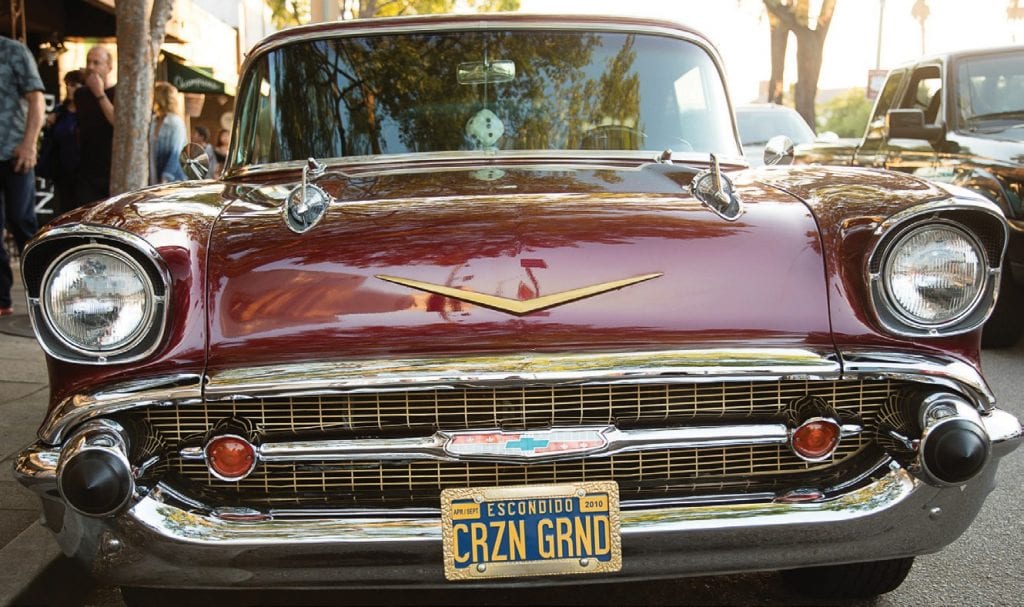 About as much as the Wicked Witch of the West liked water, Steve Waldron, founder of Cruisin’ Grand, likes telephone calls.  But this week, a bit more than a week away from the long anticipated reopening of Cruisin’, Waldron almost giggles with glee when he hears the phone ringing.

“That’s another one!” he chuckled as he was being interviewed for this article. “There have been three phone calls just since I started talking to you.”

He declared, “This is going to be epic! I’ve had calls from Arizona, Riverside, Los Angeles, San Bernardino, a lot from San Diego, just in the past couple of weeks.”

When Waldron says, “epic,” he means it. How many cars does he guesstimate will be there on the first night, Friday, June 18? “Everybody asks me that question,” he said. “By the amount of people that are hitting our website and calling me, it’ll probably be one of the biggest nights we’ve ever had.”

He won’t say HOW big. “Generally opening nights are huge,” said Waldron. “In the past we have always opened with the Good Guys car show, so we always had six hundred to eight hundred cars. But closing the street off for the first three weeks and starting earlier in the day, potentially we could have more than that. Riverside people and others won’t get hung up in traffic. They will be able to get here earlier.”

The Good Guys club will show up this year but not until October.

The first night will be open to any pre-1974 car. “We don’t have a club in purposely because the amount of people that show up will be overwhelming. I want to be open to everybody and have room for everybody,” he said. “This is dedicated to the guys and gals and their muscle cars, said Waldron.”

The second week they will welcome the  Mopar Club San Diego, whose members own classic  Chryslers, Dodges and Plymouths. The same week Hop Up Magazine will bring their pre-World War II hot rods from the 1920’s and 1930s. You’ll find them by the old Ritz Theater on Broadway.

For the first three weeks of Cruisin’, until the K-Rails are removed, Grand Avenue will be closed. The effect will be to turn it into a huge car show. “That will give us kind of breathing room,” said Waldron. “We will be able to support a lot of cars in the show—which has always been a dream of mine. We will be able to move the bands into the street. We might have two DJs and maybe three bands. The layout gives us a little breathing room.”

He added, “The bands have been great because, with our funding issues, we haven’t been able to raise money. They want to come play for tips. We have some exceptional people wanting to come out and put this thing back together!”

But the static car show vibe won’t last long.  “Everybody wants to cruise. We can’t wait to get those K-rails out of there.” He paused again. “There’s another phone call!”

After a year’s absence, “It’s good to be back,” said Waldron. “You build a lot of relationships in the car world and you don’t get to see them. It’ll be nice to see people because we have been quarantined. We haven’t been able to attend a lot of events in the car world.”

Waldron gives ultimate credit to his sponsors for the return of Cruisin’.” We couldn’t do it without Gosch Ford in Escondido as well as O’Reilly Auto Parts,” he said. “They stuck with us even in the pandemic. They were constantly wanting updates and wanting to be part of this event—as well as our other sponsors, our mom and pop businesses, from Filippis to H Brothers to Hot Rods and Custom Stuff.

Because Cruisin’ is returning after a year’s hiatus, there won’t be many new things this time. They won’t have the traditional hula hoop contest due to COVID. “We’re going to keep everything static and the way it was. Then just get back to the way it was and then plan for the future,” he said.

Although Cruisin’ is starting about a month later than usual, it will still run until the end of September.  Waldron concluded, “I look forward to getting this thing moving!”

Then the phone rang again.