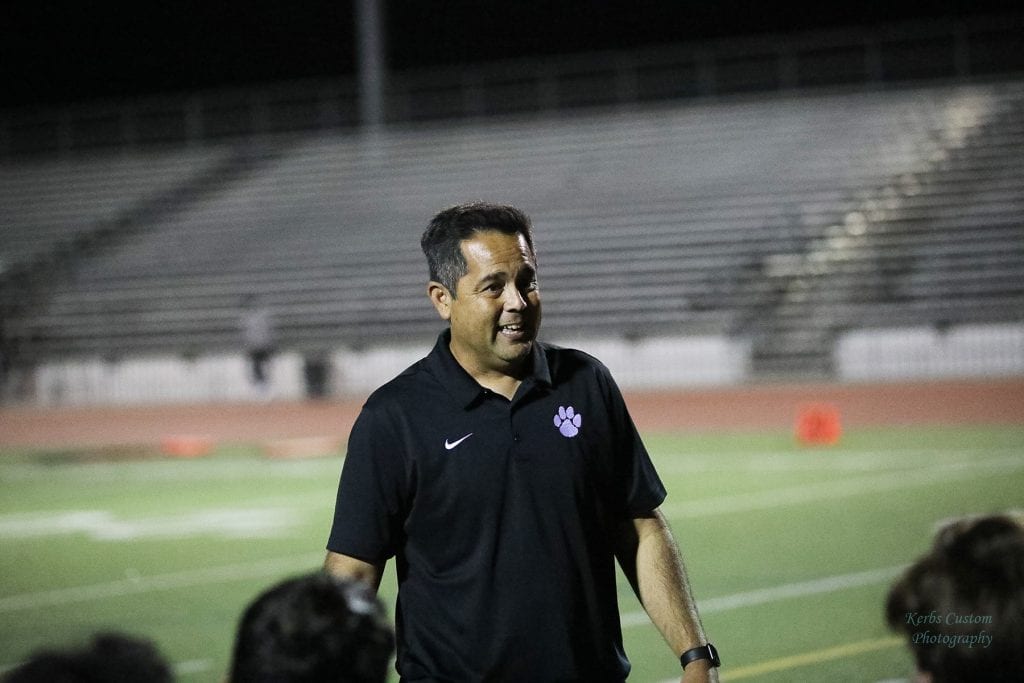 This reporter can distinctly remember a few years back when I first met and interviewed Jon Goodman, then the head football coach and an instructor at Classical Academy.

He was upbeat, positive and had a definite vibe about him. And he certainly came across as the real deal. I couldn’t detect a shred of phoniness or even a hint of insincerity. He looked you in the eye and gave you his undivided attention. He made me feel as if what I was doing had merit and was of interest to him. To say the least, he had made a very favorable initial impression.

Fast forward to now and in the interim since that first interaction, I have had the opportunity to spend some quality time in Goodman’s presence. And to say I have been edified by those experiences wouldn’t begin to tell the story. But more than anything else what was reinforced during these subsequent get-togethers has been the admirable character that he possesses.

A compassionate guy who is motivated to make a difference, Goodman truly cares about his fellow man, the local community and in helping to better the lives of those whose paths intersect with his own.

As this is being written, Goodman is immersed in his first year at Escondido Charter where he not only coaches football but is a computer teacher as well. It wasn’t an easy decision for him to leave Classical where he was not only highly respected but beloved to a very real degree.

But with the White Tiger grid program in serious need of a resuscitation; having won just one game during the previous two seasons, and given the chance to make an impact at the school that friend Dennis Snyder had founded, Goodman felt a true calling to make the 1.8 mile move from Classical to Charter. The effects of his leadership were immediately felt where a new football culture was created and a promising three wins were achieved.

However, adhering to a broader perspective and seeking to reach as many people as possible in the Escondido environs, Goodman hasn’t limited his involvement to just the high school scene. Driven by a deep desire to see others exposed to valuable life lessons through the platform of athletic pursuits such as basketball, volleyball and football, Goodman enthusiastically embraces his role as the Community Sports Director of the local Field of Faith/Play as One program.

The primary focus and intent of FOF is to have enlightened Christian coaches influence the hearts of athletes, their families and the community as a whole through the transformative power of Jesus Christ. The value of working hard, living pure and leading with courage are other precepts that are considered to be fundamental and are given great emphasis.

Look for a much more detailed story about the mission of FOF and the success that it is becoming in an upcoming issue of the Times Advocate.

But the centerpiece of this article is Goodman—though it wouldn’t surprise me in the least if he is uncomfortable with being its focal point. You see, he is that rarest of individuals who embodies selflessness, sacrifice and wanting to do for others with little or no consideration for himself. He seeks no plaudits or pats on the back and he’s into assisting people because deep from within he knows it’s the right and compassionate thing to do.

To others they may be words to be flung out and used casually, but to Goodman the words brotherhood and fellowship have intense meaning. He lives them in the upbeat and encouraging manner in which he engages his students and players as well as the way he interacts with virtually anyone he may happen to encounter.

Oh yeah, I can hear the skeptics questioning aloud his authenticity as they read this while convincing themselves that this guy is more a figment of the author’s imagination than a living/breathing human being. Too good to be true would be their jaded assertion.

But I have seen Goodman in action on the field and elsewhere. I have heard the heartfelt testimonials that sing his praises. I have taken note of the way he makes others feel and how they positively react whenever they are in his presence.

I have witnessed the man tear up when relating a local tragedy or thinking about how his caring influence might have changed the trajectory of a youngster’s life. And I have been moved when he devoutly closed his eyes and said a personal prayer for me. If this guy doesn’t have the right stuff and isn’t one of the most committed and invested citizens walking around Escondido today, then I’ll fold up this laptop right this second and never use it again. I trust my instincts when it comes to Goodman. What you sense, see and feel is what you get.

In short, his surname couldn’t be anymore apropos or fitting. Indeed, Goodman is a mighty good man. And he strives to live up to that name each and every day of his life.

2 responses to “The name is Goodman and it fits”