The Masters of Hawaiian Music return to Escondido March 15 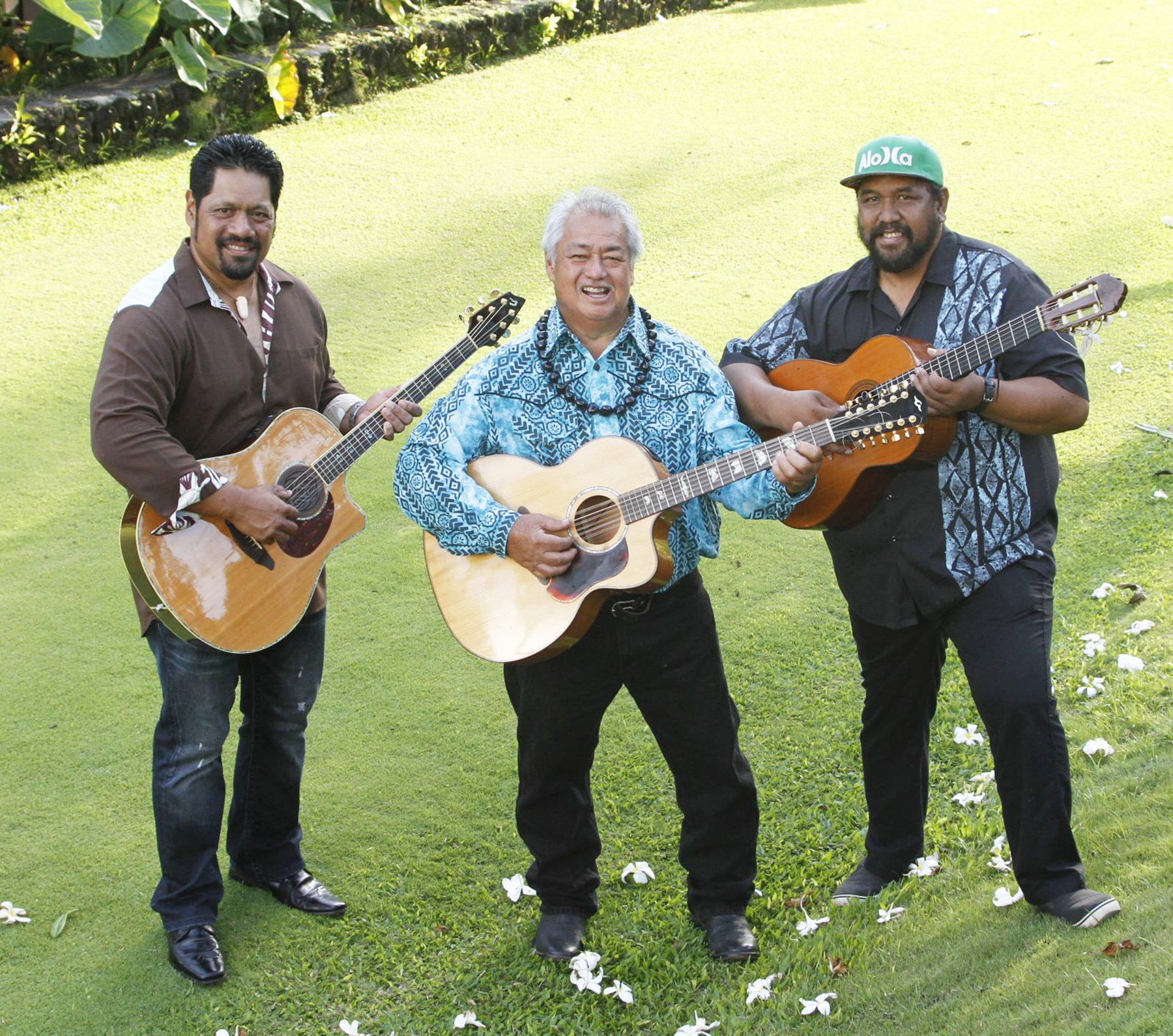 The Masters of Hawaiian Music return to perform for one-night only at the California Center for the Arts, Escondido on Friday, March 15 at 7:30 p.m. in the Concert Hall.

The Masters of Hawaiian Music tour features some of the greatest Hawaiian musicians to ever come from the islands.  This year’s show features George Kahumoku, Jr., Nathan Aweau, and Kawika Kahiapo.

George Kahumoku, Jr. is considered a “Hawaiian Renaissance Man” and a master of the slack key guitar, as well as the sounds that have made Hawaiian music recognizable the world over. A multiple GRAMMY and Hoku Award-winning musician, Kahumoku has dedicated his life to spreading the sounds of Hawaiian slack key guitar.

Nathan Aweau is a critically acclaimed male vocalist and Bass virtuoso. Known for his hauntingly beautiful vocals (he’s won Male Vocalist of the Year honors three times – more than any other artist), it isn’t surprising to learn that Hawaiian singer/songwriter/composer/producer Aweau was born into a musical family.

Kawika Kahiapo is best known for Hawaiian slack key guitar. Kawika is currently a member of “Kaukahi,” a band honored with three Na Hoku Hanohano Awards in 2007 for Group of the Year, Song of the Year for Kawika’s title composition,”Life in These Islands,” and CD graphics.

Get more information about the show here as well as purchase tickets here: artcenter.org/event/masters-hawaiian-music-2/