“The LEGO Batman Movie”: doesn’t quite do Batman right 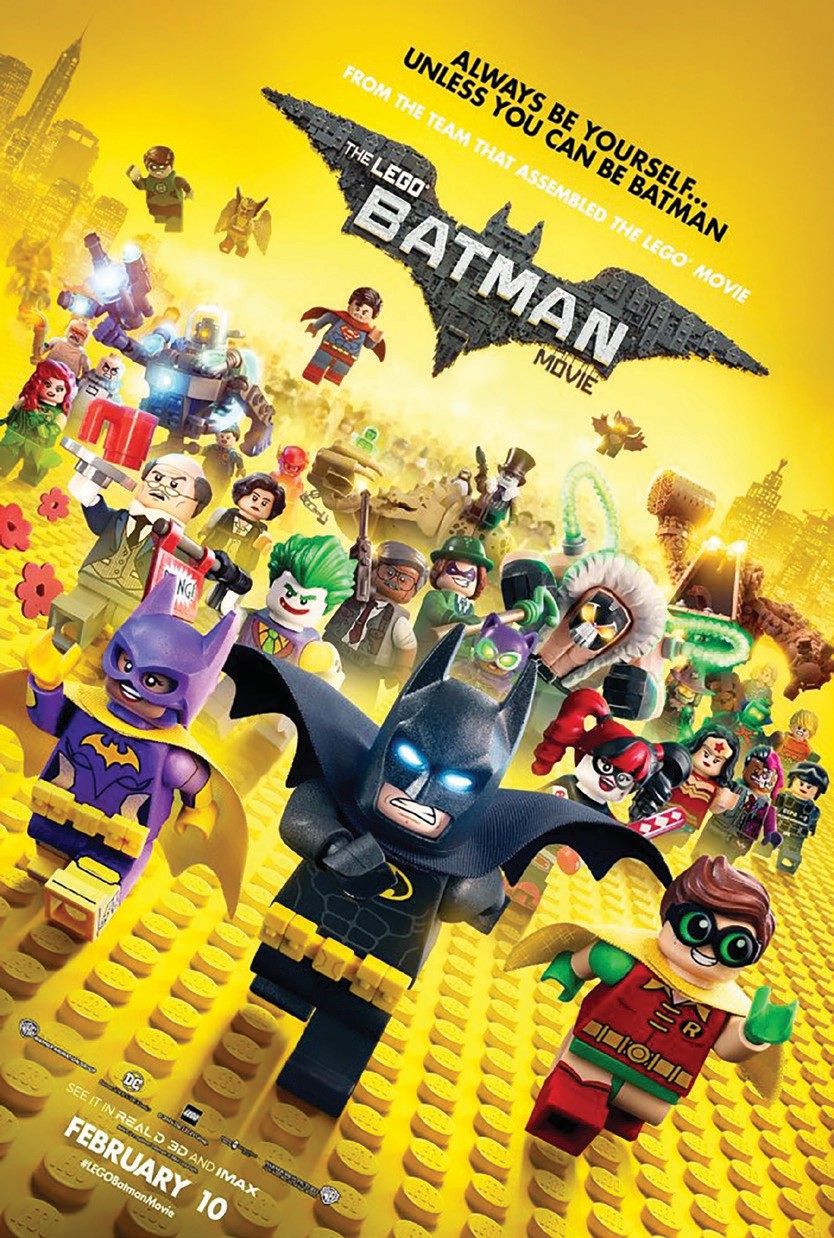 Last year, when I saw “Batman v. Superman: Dawn of Justice,” the biggest audience reaction came before the movie when we got the teaser trailer for “The LEGO Batman Movie.” It was already pretty well-known that the movie at hand was lousy, and the buzz for “Suicide Squad” was starting to turn bleak. We all wanted to see how the Caped Crusader was going to rebound, and it looked like we had our answer. The trick wasn’t to team him up with Superman, Wonder Woman, The Joker, or Harley Quinn. Of course! The trick was to team him up with Legos again. Or so it seemed. It turns out that this movie doesn’t quite do Batman right either.

The plot sees Batman/ Bruce Wayne (Will Arnett) saving Gotham City by night and having a lonely time at Wayne Manor by day. His faithful butler Alfred (Ralph Fiennes) is there, but the two don’t connect very much. Then one day his world is turned upside down when Barbara Gordon (Rosario Dawson) takes over as Police Commissioner. She isn’t as eager as her father to just defer to Batman whenever the city needs saving. But she also acknowledges that he’s an asset and suggests that he and the police cooperate. Bruce is disgusted by the idea, but enamored by her. He’s so mesmerized, in fact, that he doesn’t even notice when he agrees to adopt orphan Dick Grayson (Michael Cera).

That’s what happens on the good guy front, but what I was really looking forward to about this movie was the bad guys. The lead villain is once again The Joker (Zach Galifiankis), who leads dozens of members of Batman’s legendary rogues gallery. We get good, proven ones like The Penguin, The Riddler, Catwoman, and Two-Face (voiced by someone who has played the role before), as well as a few that I only know from lists of the lamest villains. The Joker fancies himself as a sort of head villain and Batman’s arch-nemesis, but Batman sees him as just another nuisance. The Joker feels snubbed and hatches his most diabolical plan yet, to ditch the traditional rogues and get help from villains outside the franchise. I don’t want to ruin any surprises (and there are some good ones), but I can’t help but wonder why they got Eddie Izzard to voice one of them when Ralph Fiennes is already in the cast.

An army of Batman villains and an army of non-Batman villains are both great ideas on paper, but they don’t translate well to this movie. There is simply no time to develop the majority of them, and they end up looking like pushovers, getting in maybe one or two lines if they’re lucky, and doing even less as far as the action sequences. And speaking of the action sequences, they’re problematic too. The blocky (pun intended) animation makes it hard to keep up with what’s going on, and it seems like the fighting lacks imagination anyway.

At least “The LEGO Batman Movie” is funny in places, which is more than I can say for the lousier Batman movies from 2016. Arnett as an arrogant Batman is as effortlessly funny here as he was in 2014’s “The Lego Movie,” and the movie likes to take shots at Batman’s uneven history and some of the more questionable projects he’s done over the years (though I wish they would acknowledge the low point that was 1997’s “Batman and Robin”). But the action sequences aren’t there in terms of creativity or animation and there’s not much of substance in the rest of the story (a loner hero has to learn the value of family and teamwork, how original). Compared to the Batman movies from last year, it’s a minor step up, but compared to “The Lego Movie,” it’s a big step down.

“The LEGO Batman Movie”
is rated PG for rude humor
and some action.
Its running time is 104 minutes.
Contact Bob Garver at
rrg251@nyu.edu.