The Legislature should join the 21st century 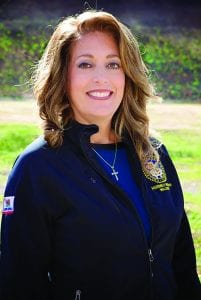 Processes in the State Capitol are way out of date. During the 7-8 months I spend in Sacramento annually, I use much of my time working and voting on legislation, and meeting with advocacy groups and constituents to discuss legislation. Even so, keeping up with constituent and district concerns isn’t easy when you’re over 500 miles away.

Shortening the legislative calendar and using modern technology would let legislators spend more time in their districts meeting constituents, and hearing their concerns. This would save taxpayer dollars and create a smaller carbon footprint through less travel. Unfortunately, California is burdened with archaic legislative procedures that often get in the way. Modern technology such as telecommuting, streamlining meeting efficiencies especially in cases of multiple committee meetings and updating processes, including the use of computers instead of cut-and-paste and the reduction of enormous amounts of paper would help.  This session I introduced a bill to establish a Legislative Modernization Working Group, comprised of technology industry experts and members of the Legislature to make recommendations to modernize these processes. Unfortunately, the bill never was referred to committee, leaving the status quo.

It’s surprising how a state that prides itself on being a progressive, family friendly example for the nation can be stuck so far in the past when it comes to the daily operations of its governing body. By combining a part time legislature, which most states have, with modern technology, legislators could spend more time in their districts. This would allow better communication between constituents and their elected representatives, and result in greater citizen involvement in government.

This state is too big and diverse to allow archaic procedures developed in the horse-and-buggy era to impede citizen involvement. The California Legislature needs to join the 21st century.